The friends and former colleagues explain why men of color need support during and after the COVID-19 crisis. 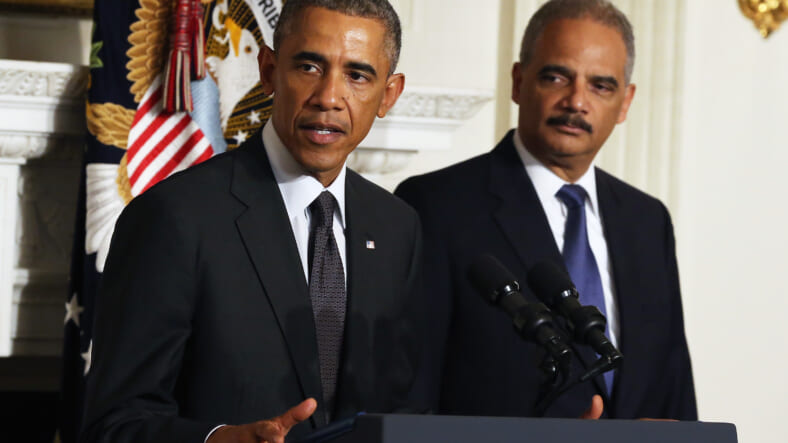 Barack Obama and Eric Holder may not be in the same administration anymore, but they are still on the same page. The former president and attorney general were both on a conference call hosted by My Brother’s Keeper, the initiative for young men of color that Obama introduced while still in the White House.

NBC News reported that on the recent call, the two talked about the impact of the coronavirus pandemic on young men of color and the support they would need as it hopefully starts to be mitigated by social distancing and more testing.

“It’s fair to say that has been true throughout American history, when crises hit the country at large, you can be sure that it will be that much tougher on folks who were already struggling before the crisis hit,” Obama said on the call with attendees that included young males and some of MBK’s partners.

In moments of crisis, we look out for one other. And we need leaders with empathy who will bring people together rather than drive them apart. @JoeBiden has the character and experience to guide us through one of our darkest times and heal us through a long recovery. https://t.co/JkaBWYejKh

As the saying goes, when American gets the flu, Black Americans get pneumonia. The adage has taken on a prescient tone in the current COVID-19 pandemic. Many African-Americans men are dying from the disease, including celebrities like Fred The Godson and gospel artists Troy Sneed.

Other men of color who are front-line or essential workers like health care professionals, transit workers, meat processing plant workers, grocery store employees, and grocery and food delivery men are also getting sick and dying from the virus.

It is those people who will need greater support after the pandemic is over, says Obama. He cited the challenges from strapped city budgets abandoning summer job employment and training programs as well as the closing of rec centers, two things young people of color count on for jobs, recreation, and community. 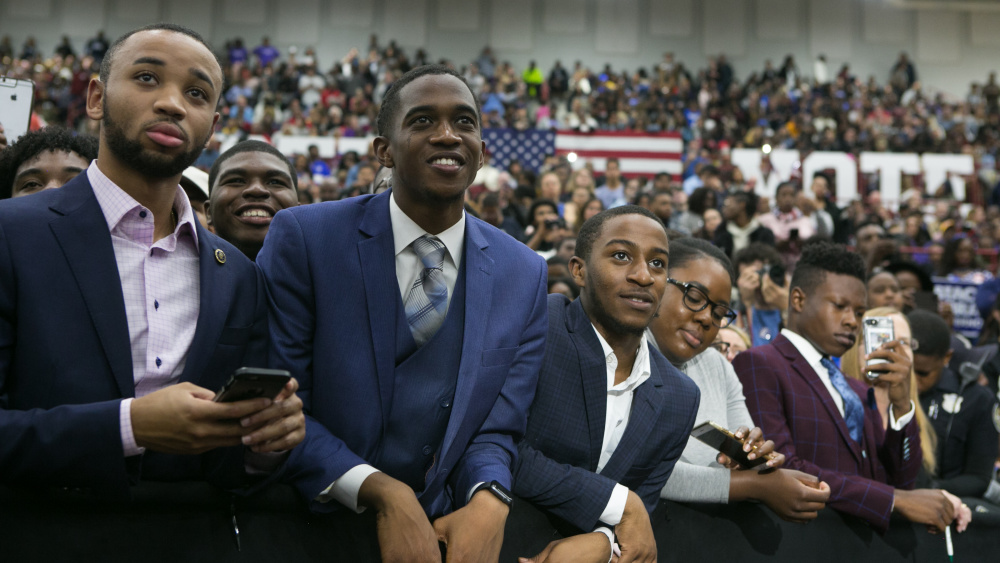 Supporters listen to Former US President Barack Obama give a speech in support of Georgia Democratic Gubernatorial candidate Stacey Abrams during a campaign rally at Morehouse College on November 2, 2018 in Atlanta, Georgia. Obama spoke in Atlanta to endorse Abrams and encourage Georgians to vote. (Photo by Jessica McGowan/Getty Images)

“If they fall further behind, they will have that much more trouble finishing school, getting a foothold in this economy, and because of idleness may get shunted into the criminal justice system, and it’s going to be much harder for them to catch up.”

Holder spoke to the precarious position that some men of color may find themselves in while wearing protective masks is mandated. Young men have already been profiled while trying to follow those rules, and social distancing has meant that communities have been restricted to spending time around those who likely share their ethnic and socioeconomic groups.

“If you have people talking with each other and interacting with each other, it’s hard to demonize someone you know,” Holder, who returned to private practice and is now a partner in an upscale D.C. law firm, said.

“COVID-19 complicates this. But it is going to pass, and we are going to be back where we were, and let’s be honest, it was not a good place. The whole problem of implicit bias will still exist. We need leadership at the national level.”

Though he didn’t explicitly say it, Obama offered young African-Americans and other men of color some timely advice – that all they have is each other. The concept of MBK is that leaders of the community and the corporate world come together to provide support and direction to young men who need it.

“We have to reinforce with each other why this work is so important if during a crisis we don’t fill some of these gaps no one else is going to do,” Obama said.