Roughly 95% of Black-owned businesses shut out of coronavirus relief

Despite the CARES Act setting aside $60 billion in funding for minority and other underserved borrowers, Black businesses still struggle to access loans 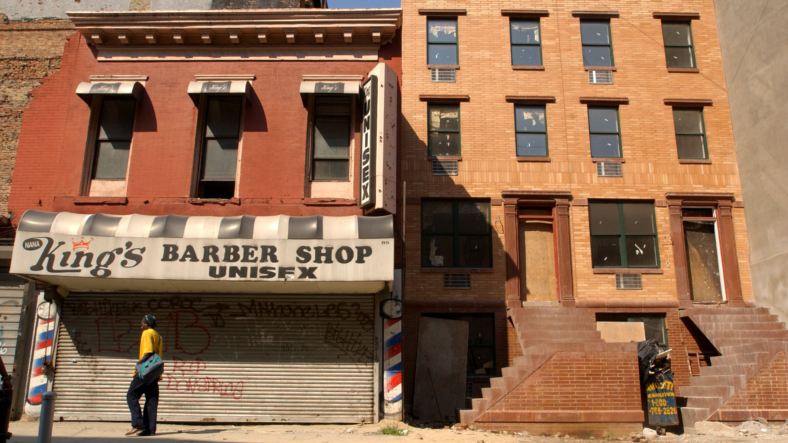 The Paycheck Protection Program administered by the Small Business Administration has shut Black and women-owned businesses out of the $349 billion relief fund.

According to a report by the Center for Responsible Lending, “upwards of 90% of businesses owned by people of color have been, or will likely be, shut out of the Paycheck Protection Program.”

The fund was depleted within two weeks of its launch.

Controversy has surrounded it as businesses like Ruth’s Chris Steak House which received $20 million from the fund despite enjoying more than $42 million in profit last year. The company is returning the funds after receiving backlash.

According to CBSNews.com, despite the fact that the CARES Act set aside $60 billion in funding for minority and other underserved borrowers, Black business owners are still having trouble accessing the loans.

Pedestrians walk past the exterior of Mart 125. (Photo by Spencer Platt/Getty Images)

Experts say that the differences in access are largely attributed to the fact that the program uses banks as middlemen, which gives them the ability to prioritize the loans based on existing relationships.

On a White House call with African American stakeholders, lenders, business owners, and community leaders, Ashley Bell, the regional administrator the SBA’s Southeast region acknowledged the challenges and urged businesses to reach out to their local SBA directors for assistance.

In a report by CBS News, April Richardson, an African American bakery owner stated that she was “disappointed, but not surprised,” that her $23,000 loan through the PPP was rejected. Richardson had planned to use the loan to put seven employees back to work filling an 11,000-cake order from Safeway, a grocery client.

According to data from the payroll and Human Resources company Paychex, the top five industries hit hardest among black-owned businesses in terms of wages are accommodations and food services; arts, entertainment and recreation; manufacturing; construction; and transportation and warehousing.