The fourth season is set to continue Sunday night 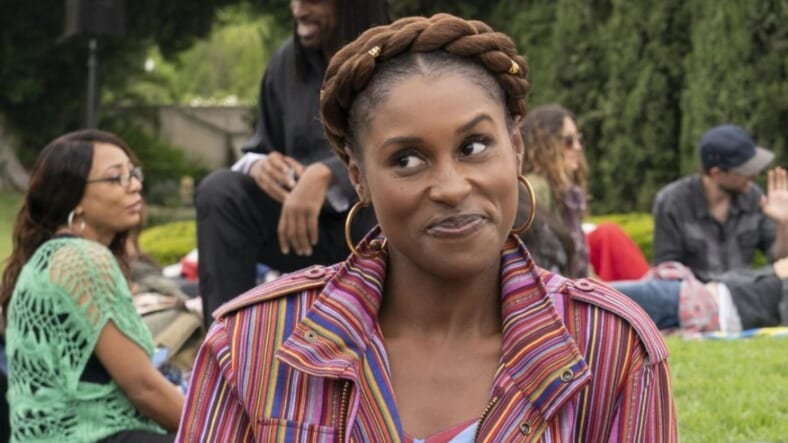 As the newest episodes of Insecure play out, HBO has picked up the comedy series for another season.

HBO approved Insecure for a fifth season, according to The Hollywood Reporter. The news comes as fans await the fourth episode of season four to air Sunday night on the premium network.

Rae, renowned for “rooting for everybody Black,” tweeted Saturday that she is “Grateful to officially come back for Season 5.”

Grateful to officially come back for Season 5! #InsecureHBO pic.twitter.com/Kf8hozqm2X

Insecure follows star and co-creator Issa Rae as she navigates life, friendship and romance in Los Angeles. The scripted series returned to airwaves on April 12 after nearly a two-year hiatus.

HBO Programming executive vice president Amy Gravitt is pleased the story will continue for the network and its viewers.

“We’re thrilled that Issa, Prentice [Penny], and the whole Insecure team will be getting back together for a fifth season,” Gravitt said. “As we laugh and cringe with recognition, their stories make us all feel a little less alone in the world.”

Although the show, which airs Sunday nights at 10 p.m., averages 500,000 viewers per episode during first runs, much of its viewership comes through delayed viewing via the HBO Go streaming service and reruns, THR said.

While Rae adventured out as a film actress in movies like Little, The Photograph and The Love Birds, her ties with HBO are stronger than ever.

In addition to Insecure, she also executive produces HBO’s Black Lady Sketch Show and The Dolls, a forthcoming limited series on the Cabbage Patch doll riots of the 1980s.

Rae is also working with Dwayne ‘The Rock’ Johnson to develop Tre Cnt, a half-hour series about pro wrestling.