A sexual assault survivor herself, Pressley says that we need to take accusers seriously. 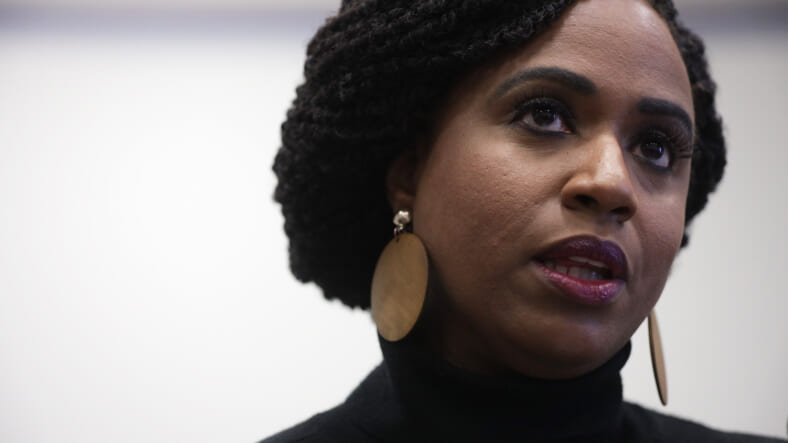 The presumptive presidential Democratic nominee has recently come under fire after former staffer Tara Reade accused him of sexually assaulting her in 1993 while she was an aide for the then-Delaware senator.

While Pressley doesn’t go as far as to call for a formal investigation into the claims, she does implore Biden to issue a response that “models the empathy, diligence, and acknowledgment of broken systems that this conversation demands.”

“When deep personal trauma is viewed through the skewed kaleidoscope of public opinion — pundits, commentators, twitter bots — it is difficult to articulate what getting to the other side looks like,” she continues, then asking, “How can healing occur when wounds are reopened daily, and how can justice be served when our legal system is broken and our culture deeply flawed?”

The congresswoman has acknowledged her experience as a sexual assault survivor in a new essay anthology Believe Me: How Trusting Women Can Change the World.

“I know how it feels to be a survivor in a country where believing and supporting survivors has become a partisan issue, where survivors are made to feel marginalized and ostracized,” she writes.  “I tell my story both because it is part of my own ongoing healing and because I know that sharing my story can provide others with agency, too.”