The three men spent 45 years in jail because the local police coerced a young boy to lie, saying he saw them commit murder 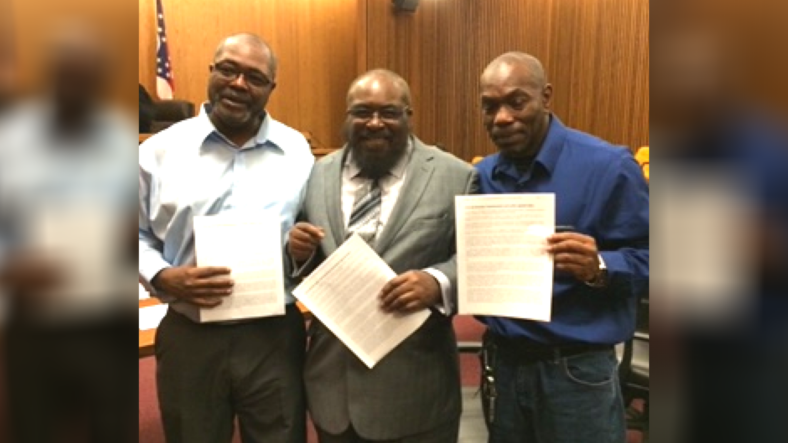 Three men who were wrongfully convicted and imprisoned in connection to a 1975 deadly robbery have reached a multi-million dollar settlement with the City of Cleveland.

The men, Rickey Jackson (63), Wiley Bridgeman (65), and brother Kwame Ajamu (62), who is formerly known as Ronnie Bridgeman, were convicted for the murder of Harold Franks in 1975.

Their conviction was based on the testimony of a 12-year-old boy who later said that his testimony was coerced by police. Other than that testimony, there was no other physical evidence tying the three men to the crime or the getaway car that was used.

The three men were also teenagers at the time of the murder and have maintained their innocence for 45 years. Their case was eventually overturned in 2014. The civil suit was scheduled to go to a jury this summer, but instead, the city reached a landmark settlement for $18 million dollars.

According to Ohio’s 19News, an attorney for the men said, “For 45 years, our clients never gave up hope that someday their nightmare would be over,” said attorney Terry Gilbert. “That time has come with this final resolution providing some measure of justice and closure. But the physical and emotional trauma our clients were forced to endure is an example of the deep flaws of a racist criminal legal system focused on results rather than truth and justice.”

According to a report by CBS News, the witness in the case, Eddie Vernon, broke down during a court hearing as he described the threats by detectives and the burden of guilt he had carried for so long.

The journey to exoneration began with an article in 2011 in Scene Magazine. After the piece that detailed the flaws in the case eventually led to the Ohio Innocence Project to assist in freeing the three men.

The $18 million dollar settlement is the largest in Ohio history.