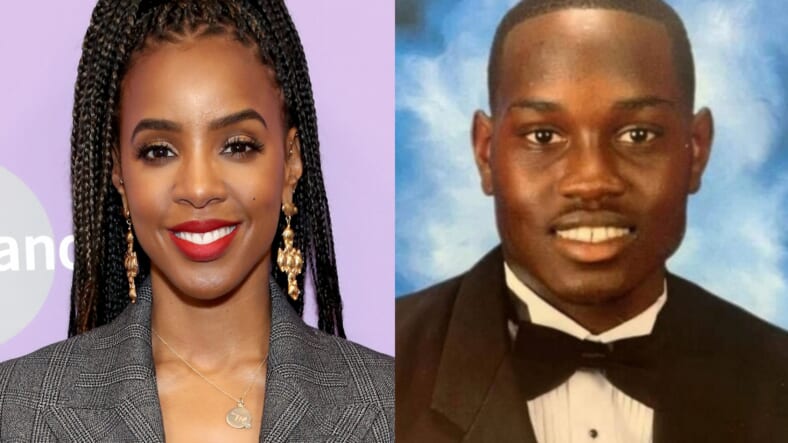 Left to right: Singer Kelly Rowland and Ahmaud Arbery, who was fatally shot in an encounter with a white father and son in Brunswick, Georgia. (Photo by Cindy Ord/Getty Images)

Even though Kelly Rowland is enjoying the success of her latest single “Coffee” and gearing up for the release of her next album, she’s also busy confronting the heartbreaking reality we’re facing today.

theGrio caught up with the superstar and learned that she’s still reeling from the brutal slaying of Ahmaud Arbery, who was gunned down while jogging just days before his 26th birthday.

The discussion brought Rowland to tears. 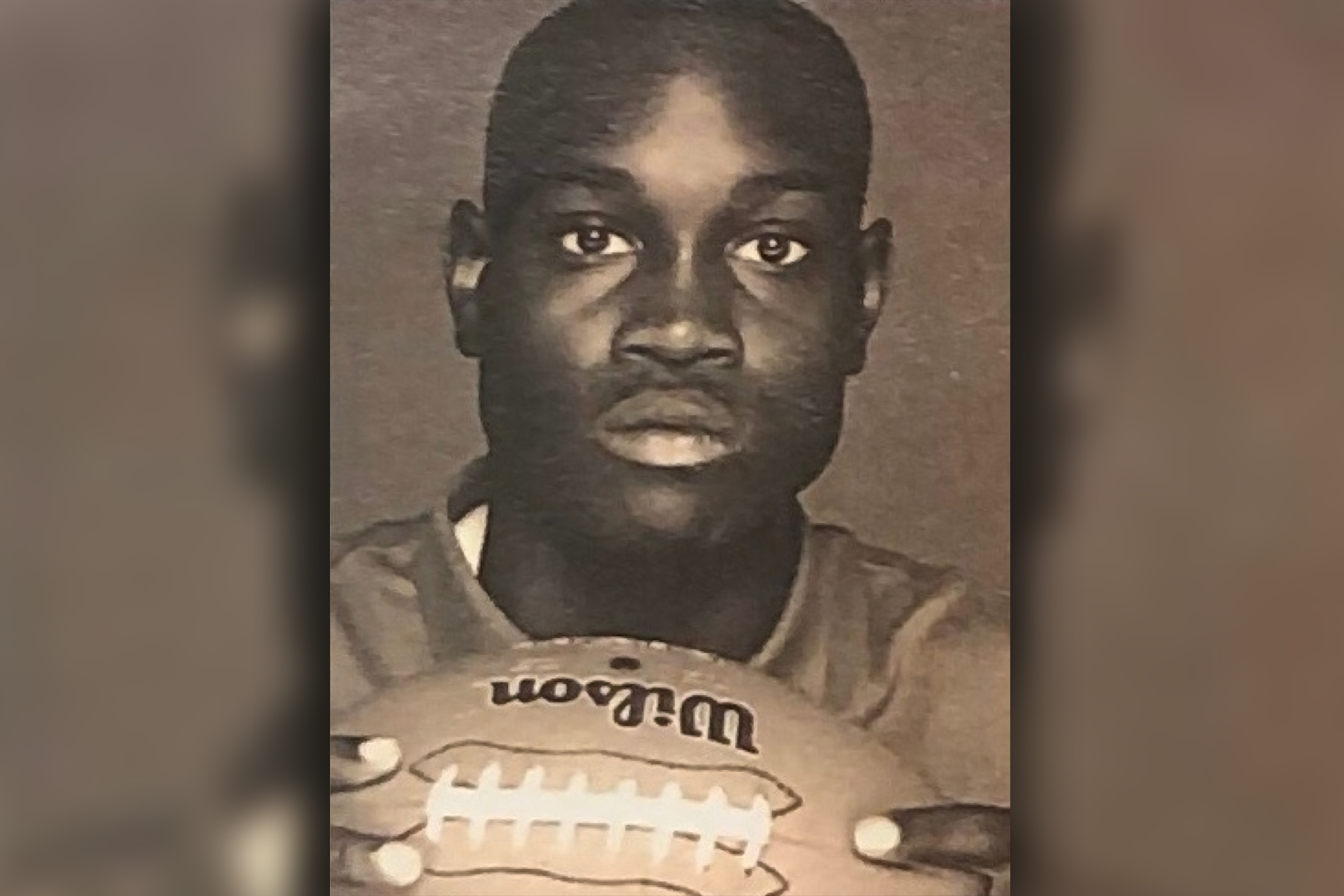 “To feel that, and to allow yourself to feel that — sometimes we don’t want to feel all of it. I think that so much has happened to us as Black people that sometimes you don’t want to bare all of it because it feels like it’s just too much,” she said.

Rowland takes issue with the Black community’s reluctance to band together in times of crisis and hopes more celebrities will speak out in an attempt to unite us.

“If it happened to one of us, it happened to all of us. I don’t think we see that all the time in our community and it’s the most frustrating and saddening thing. We see other communities have that mindset and we’re still slow to it. That’s the part that is frustrating,” she said. 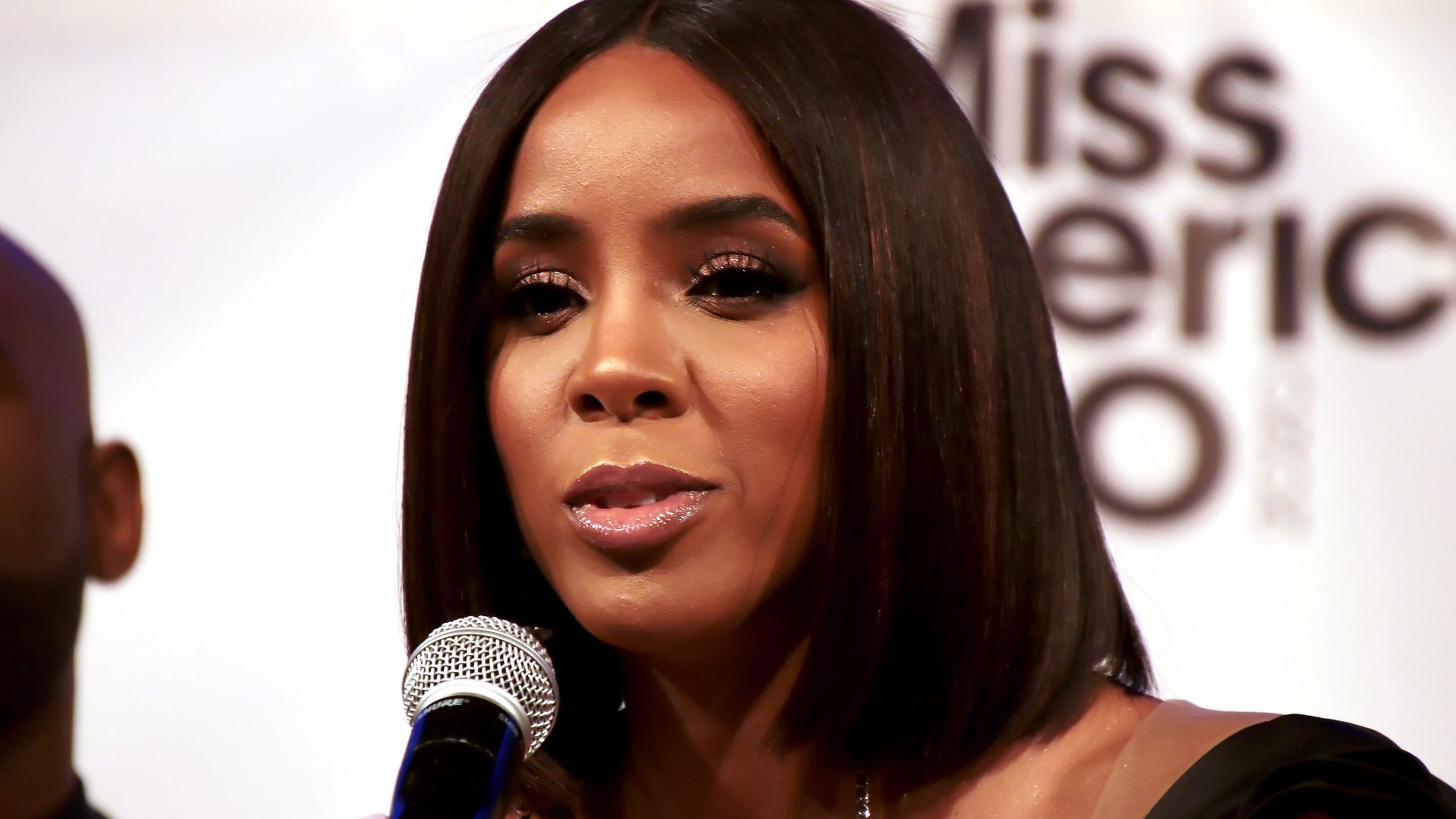 “What this pandemic has taught us is that we are all humbled. No one can move. No one can leave the house. Everybody is in the same situation at this point. We are all helpless in this space of uncertainty. When you have BET and Yara [Shahidi] and Puff and Van Jones all trying to show us how to structure ourselves and be on one wavelength we all have to come together and find some common ground together so we can move as a unit so we let them know we ain’t playin’.”

Rowland expressed disappointment with prominent leaders in the community who don’t seem to take the suffering of Black people seriously enough.

In fact, Rowland vividly remembers the first time she heard the n-word.

“I remember my mother coming home from work and it was the first time I heard the n-word because her boss called her a nigger. That was the most heartbreaking thing,” she said. “Then my mom starts showing me ‘Mississippi Burning’ and I’m like, am I supposed to be scared for my life? How am I supposed to feel about white people?”

Now more than ever, Rowland acknowledges how important it is for our community to band together and fight injustice — and that includes the ongoing brutality facing the LGBTQ+ community.

“I know there are so many emotions right now but the most important thing we as Black people have to remember is that we are still fighting. We are not fighting and moving the same if we are not moving together,” she said.

“With Black trans kids, with Spanish trans kids, it’s very particular. You can’t cry about Ahmaud and then not cry about a trans kid or anyone from the LGTQ community, period. You can’t just pick which one you want to cry about. They’re all in our community. We’re all in this together. You can’t pick and choose which lives matter more. They all mean the most.” 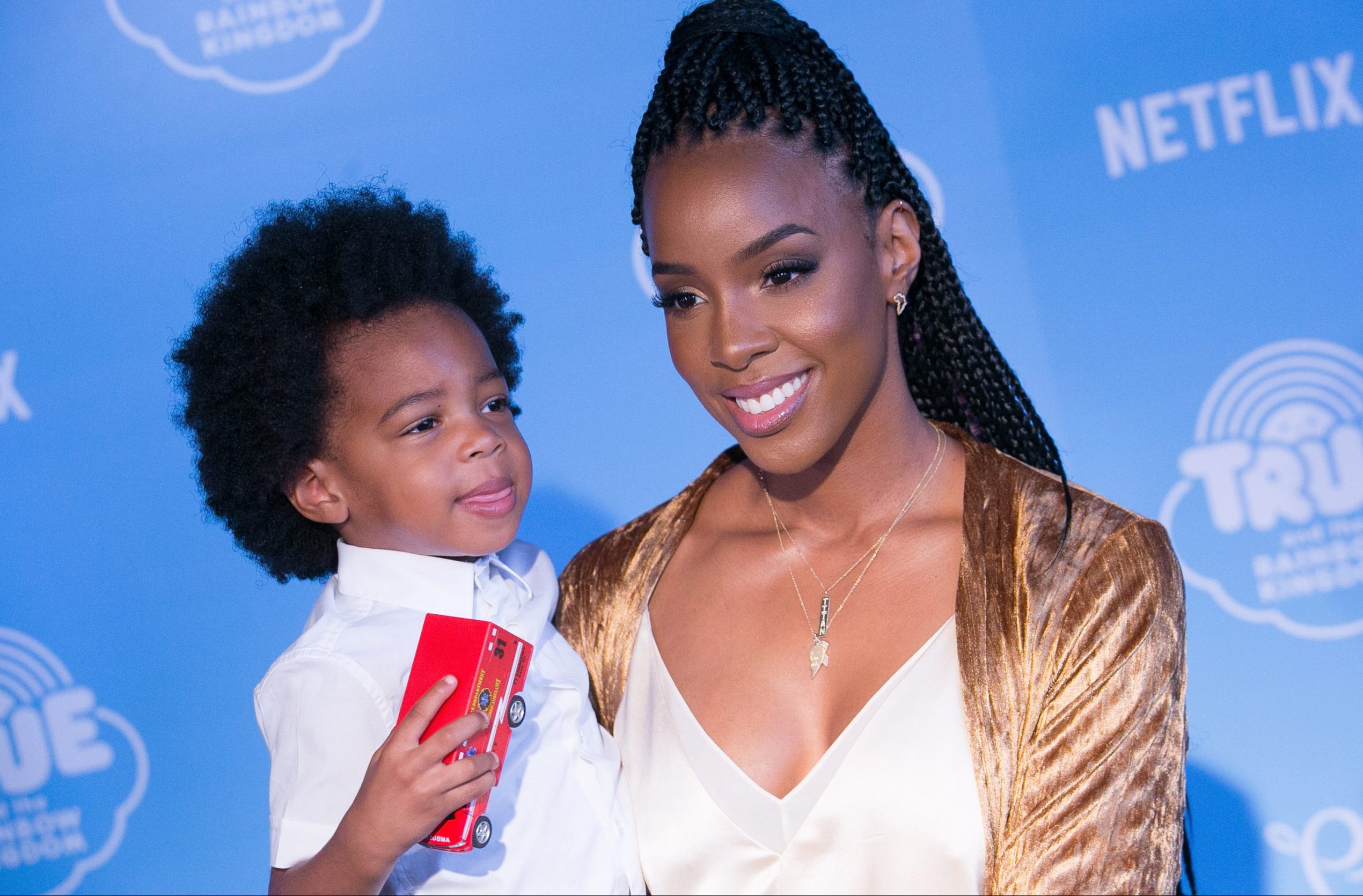 Kelly Rowland (R) and her son Titan Jewell Witherspoon arrive for the Sneak Peek Of Netflix’s “True And The Rainbow Kingdom” at Pacific Theatres at The Grove on August 10, 2017 in Los Angeles, California. (Photo by Gabriel Olsen/FilmMagic)

As a mother, Rowland is constantly considering how to educate her son about the reality of the world we are in.

“Titan comes home and he’s learning about being a Black kid. His dad is like ‘You’re the best color’ and he goes to school saying ‘I’m the best color’ so I want him to wear that,” Rowland shared.