GOP spending $20M on alleged voter suppression for the 2020 election 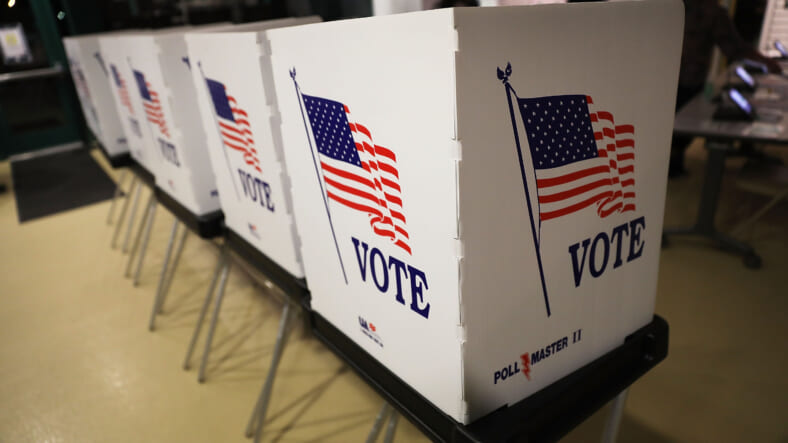 President Donald Trump’s approval ratings have taken a hit from his blatant mismanagement of the coronavirus pandemic. To ensure that he has a fighting chance in the 2020 election, the Republican Party is spending millions of dollars on a program that many say amounts to voter intimidation.

According to the New York Times, the GOP plans to recruit 50,000 volunteers in 15 states to enforce what they are calling their anti-voter fraud efforts, which includes monitoring polls and aggressively challenging votes and voter registrations.

The whopping $20 million dollars the party is spending on these tactics – which have historically been used as means of voter suppression targeted mostly at Black and brown communities – is intended to “monitor polling places and challenge ballots and voters deemed suspicious.”

Some of that money will also be used to fight Democratic-backed lawsuits against alleged voter suppression efforts on the part of Republicans.

Trump’s supporters are said to be leaning on the 2018 federal court decision allowing a decades-long consent decree to expire, which had barred the Republican National Committee from pursuing questionable “ballot security” measures.

Back in 1981, the RNC started a “ballot security task force” of armed, off-duty police officers to patrol minority-majority precincts in Newark and Trenton, New Jersey. The court decree was a response to those efforts to terrorize minority voters. And although it had been violated by the GOP on several occasions over the last forty years, its expiration two years ago opened up a proverbial Pandora’s box.

Democrats are hoping to level the playing field in Congress by pushing progressive proposals to expand voting by mail, due to the uncertainty presented by the coronavirus.

To their point, according to the National Bureau for Economic Research, a study of Wisconsin’s April 7th election found that there was a “statistically and economically significant association between in-person voting and the spread of COVID-19 two to three weeks after the election.”