Singer claims that she singled out the Black pop stars like Queen Bey, Nicki Minaj and Cardi B because they are her favorites 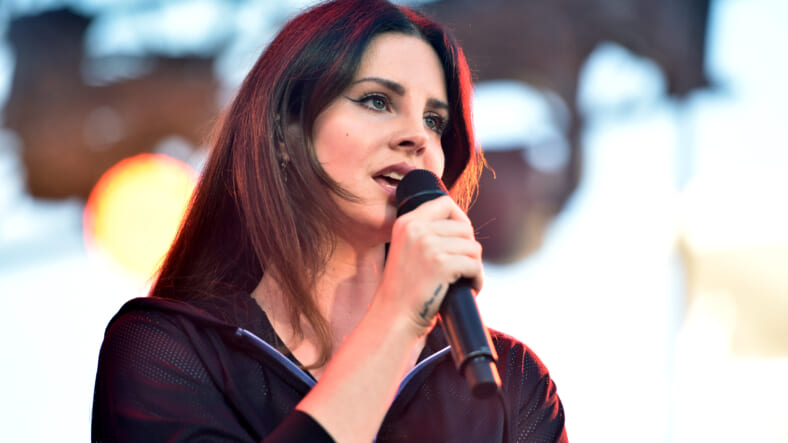 Celebrities have a special knack for making a bad thing worse.

Lana Del Rey is the latest to get some well-earned backlash for her public statements. As reported yesterday, the “Young and Beautiful” singer became the No.1 trending topic on Twitter on Thursday morning after she claimed that Beyoncé, Nicki Minaj, Cardi B, and other pop stars get away with sexual lyrics in their music, while she gets “crucified” for her songs.

“Lana Del Rey really threw a bunch of Black women under the bus before saying that feminism needs to accommodate women like her. It’s art,” SB Nation writer Zito tweeted.

Lana Del Rey really threw a bunch of black women under the bus before saying that feminism needs to accommodate women like her. It’s art.

As the backlash mounted yesterday, the singer offered up a cringe-worthy retort. In her comment section of the lengthy Instagram post that started it all, she said that it was “sad,” that her comments were turned into a “WOC issue.” She claimed that she named singers who are her “favorites.”

“If you want to try and make a bone to pick out of that like you always do, be my guest, it doesn’t change the fact that I haven’t had the same opportunity to express what I wanted to express without being completely decimated,” she wrote in a follow-up comment. “And if you want to say that has something to do with race, that’s your opinion but that’s not what I’m saying.”

She said that she would like to have some of the same “freedom” as the artists she named “without judgment of hysteria.”

“It may not have to do with race, I don’t know what it has to do with. I don’t care anymore,” she wrote. “But don’t ever ever ever ever bro- call me racist because that is bullsh*t.”

One Twitter user wrote that the singer’s response proves that she just “doesn’t get it.”

LMAOOO Lana Del Rey’s response is so funny she really doesn’t get it pic.twitter.com/aIAxcl0rid