The former chief prosecutor has a troubling past record when it comes to civilians vs. the police. 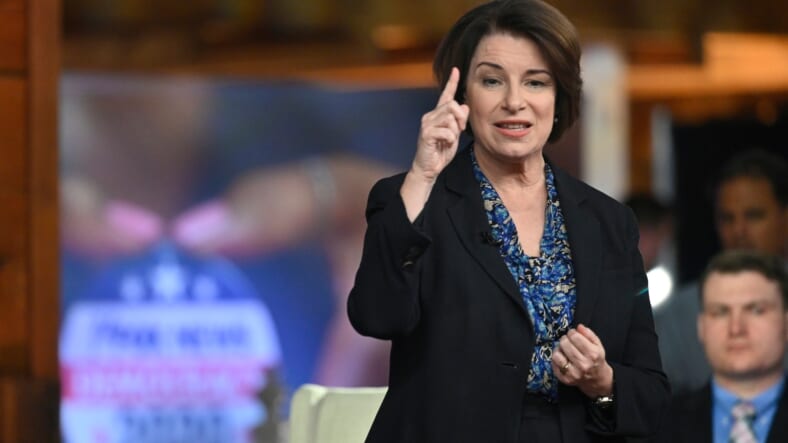 George Floyd’s death in Minneapolis by the hands of a cop has created a furor and protests over police brutality. Minnesota Sen. Amy Klobuchar is now under scrutiny for failing to pursue charges against the officer involved when she was chief prosecutor.

Ex-Minneapolis police officer Derick Chauvin kneeled on Floyd’s neck for eight minutes as he struggled to breathe on Monday. He and three other officers have since been fired but the incident with Floyd was not the first controversial one in his police jacket. Chauvin has at least 10 complaints of misconduct against him according to the database that registers complaints against police.

My statement on the officer-involved death in Minneapolis: pic.twitter.com/HUoGfXEj7R

However, her words are seen as hollow given her actions as a chief prosecutor from 1999 and 2007.

She declined to charge Chauvin after he was involved in a fatal accident in 2005, killed Wayne Reyes in 2006, and shot another man while in uniform in 2008. But those are not the only instances Kloubchar chose not to bring charges against a swath of officers accused of wrongdoing.

The Washington Post noted in March that Klobuchar “declined to bring charges in more than two dozen cases in which people were killed in encounters with police” while she was Hennepin County attorney. Her focus instead was on “aggressively prosecuted smaller offenses” that “have been criticized for their disproportionate effect on poor and minority communities.”

Klobuchar has not commented on the renewed scrutiny of her record but critics claim her time as the top prosecutor should disqualify her from any higher office.

Nekima Levy Armstrong, a civil rights lawyer who served as head of the Minneapolis NAACP from 2015 to 2016, told the Huffington Post in an article published Thursday that Klobuchar inflicted trauma on the people of Minnesota.

“There is absolutely no way that she is qualified to become Biden’s VP nominee,” Armstrong said.

Armstrong added that if Biden were to choose Klobuchar as his running mate, it would put him at a disadvantage with African American voters. Others agree that Klobuchar was seen as part of the root issues bubbling to the surface in Minnesota such as its disproportionately non-white jail and prison populations.

“Minnesota leadership has really supported police and the expansion of policing,” said Isabela Escalona, a spokesperson for the Centro de Trabajadores Unidos en Lucha, a Midwest worker’s advocacy group that has fought against increases in Minneapolis’ police budget.

READ MORE: The are no ‘riots’ in Minneapolis after the death of George Floyd

“She’s a part of the problem and we must find community solutions to safety beyond police.”