The measures would prohibit in-state schools, the NCAA and athletic conferences from blocking student-athletes from being compensated.

LANSING, Mich. (AP) — Colleges athletes could be paid for the use of their names, images or likeness rights under bipartisan legislation approved Wednesday by the Michigan House, which overwhelmingly sent the bills to the Senate for consideration.

The measures would prohibit in-state schools, the NCAA and athletic conferences from blocking student-athletes from being compensated. They also would no longer make it a crime for agents to enter into contracts with student-athletes.

The NCAA, pressured by states that started acting on their own, is drawing up new rules to let athletes become paid sponsors — able to earn money for their names, images and likenesses without compromising their eligibility. 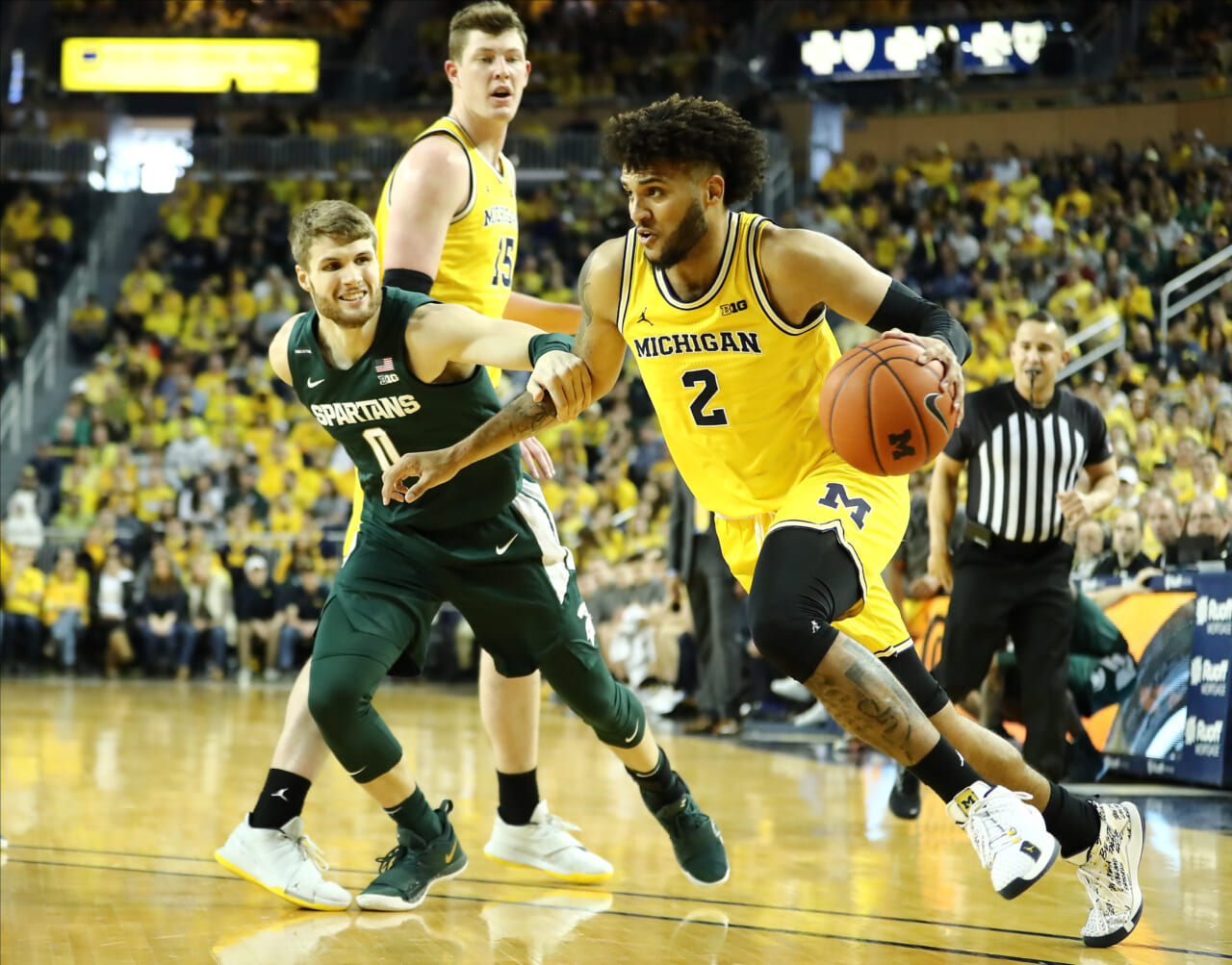 Isaiah Livers #2 of the Michigan Wolverines drives to the basket against Kyle Ahrens #0 of the Michigan State Spartans in the first half of the game at Crisler Arena on February 8, 2020 in Ann Arbor, Michigan. (Photo by Rey Del Rio/Getty Images)

“This is all about treating all students fairly, including our student-athletes,” said a sponsor, Rep. Brandt Iden of Kalamazoo County’s Oshtemo Township, who played tennis at Kalamazoo College. “This long overdue reform will ensure they have the ability to go out and promote themselves — using their likeness or image — to make a few extra dollars, just like their classmates are allowed to do.

He said the change “should have been made years ago nationwide, but Michigan simply cannot wait on the NCAA to get its act together any longer.”

Another bill sponsor, Democratic Rep. Joe Tate of Detroit, played football at Michigan State University and in the NFL. He has said players are the driving force behind billions in revenue for the NCAA, universities and colleges.

The legislation largely would take effect starting in 2023. The bills passed on 94-13 and 95-12 votes in the GOP-led chamber.