The state wants to make sure that it has a solid case against the officers identified as Derek Chauvin, Thomas Lane, Tou Thao, and J. Alexander Kueng. 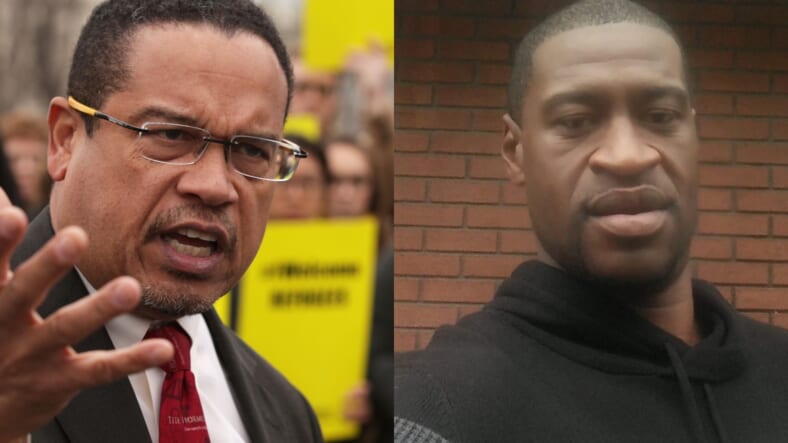 Minnesota’s Attorney General Keith Ellison says there will be more charges in the George Floyd case after the arrest of Derek Chauvin, but the Hennepin county attorney announced that the officers involved will plead the fifth.

Ellison says that he believes that although there will be charges filed, the state wants to make sure that it has a solid case against the officers identified as Chauvin, Thomas Lane, Tou Thao, and J. Alexander Kueng. Chauvin is the officer who has been seen in the video with his knee on Floyd’s neck, even as he said he couldn’t breathe and pleaded for help. He’s since been charged with third-degree murder and manslaughter. 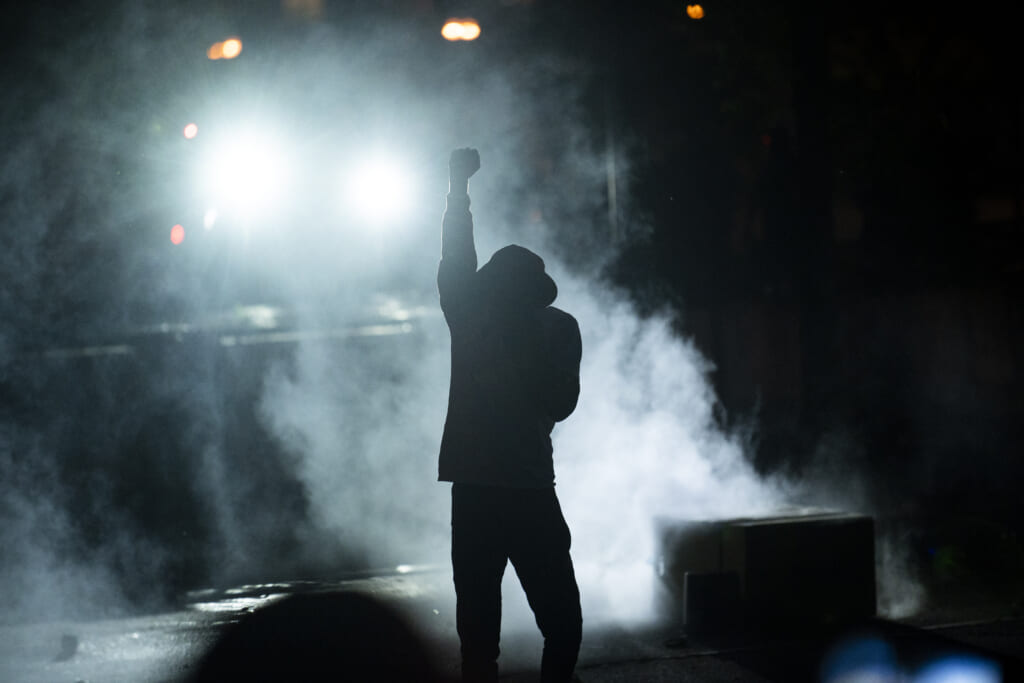 A protester holds up a fist in a cloud of tear gas outside the Third Police Precinct building on May 28, 2020 in Minneapolis, Minnesota. Police and protesters continued to clash for a third night after George Floyd was killed in police custody on Monday. (Photo by Stephen Maturen/Getty Images)

“Everybody keeps asking the question when when when,” Ellison said at a press conference in Minneapolis. “It’s a perfectly legitimate question. It’s important to know that under Minnesota’s statutes, the primary jurisdiction for criminal prosecution is with the county attorney where the offense occurred. I believe that the message has been sent and received that the wheels of justice must turn.”

However, as reported by The Daily Mail, Hennepin County Attorney Mike Freeman says the officers are not cooperating with law enforcement. Fox 9 reporter Courtney Godfrey tweeted this assertion yesterday.

Hennepin County Attorney Mike Freeman says the officers involved in #GeorgeFloyd death are not cooperating with law enforcement. They are pleading the 5th.

Ellison was asked by CNN if anything in the autopsy report suggested that there might be any reason charges would not be filed.

“I can’t believe what can be in there to change my mind,” he said.

Protests have roiled South and North Minneapolis in the wake of Floyd’s death. The 46-year-old Texas native had moved to Minneapolis to drive trucks, according to friends and family. He was detailed by police at an intersection in the city after it was alleged he passed a $20 counterfeit bill at a convenience store. Minneapolis Mayor Jacob Frey has called for charges and arrests to be made. 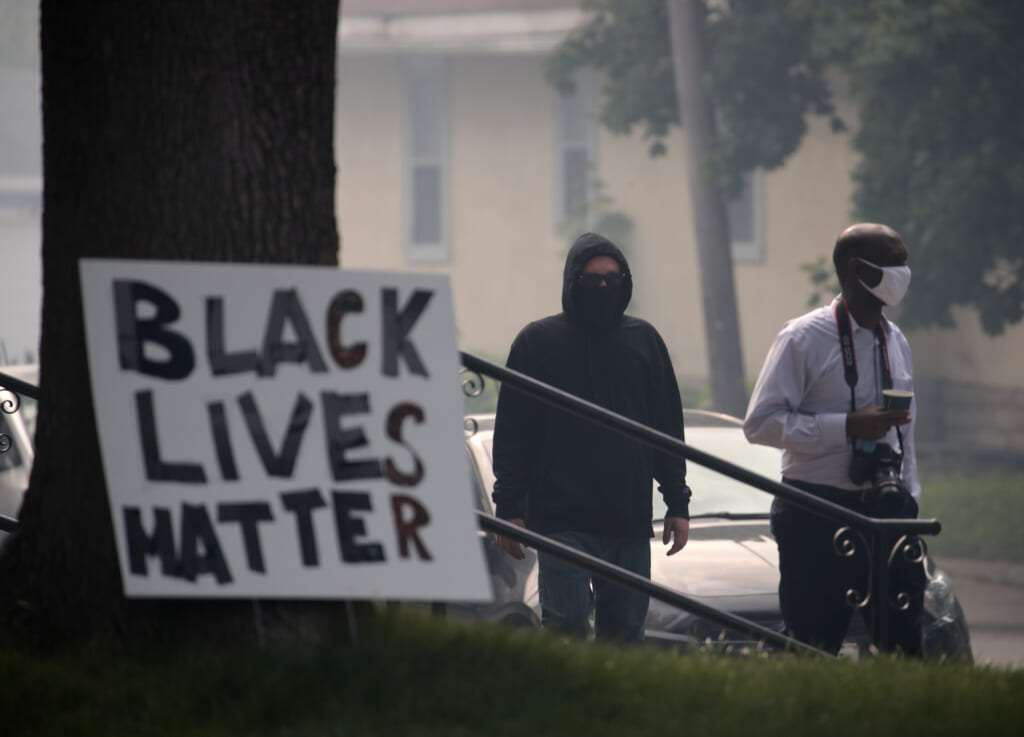 People walk past a Black Lives Matters sign after a night of protests and violence on May 29, 2020 in Minneapolis, Minnesota. The National Guard has been activated as protests continue after the death of George Floyd which has caused widespread destruction and fires across Minneapolis and St. Paul. (Photo by Scott Olson/Getty Images)

President Donald Trump, tweeting from his @POTUS and @realDonaldTrump accounts first said he “didn’t like what he saw” once he viewed the video of the Floyd arrest but now once the uprising escalated with the burning of the city’s Third Precinct last night, he tweeted that “once there is looting, there will be shooting.”

….These THUGS are dishonoring the memory of George Floyd, and I won’t let that happen. Just spoke to Governor Tim Walz and told him that the Military is with him all the way. Any difficulty and we will assume control but, when the looting starts, the shooting starts. Thank you!

I can’t stand back & watch this happen to a great American City, Minneapolis. A total lack of leadership. Either the very weak Radical Left Mayor, Jacob Frey, get his act together and bring the City under control, or I will send in the National Guard & get the job done right…..

The National Guard has arrived on the scene. They are in Minneapolis and fully prepared. George Floyd will not have died in vain. Respect his memory!!!