Louisville Mayor Greg Fischer states, 'this type of institutional failure will not be tolerated' 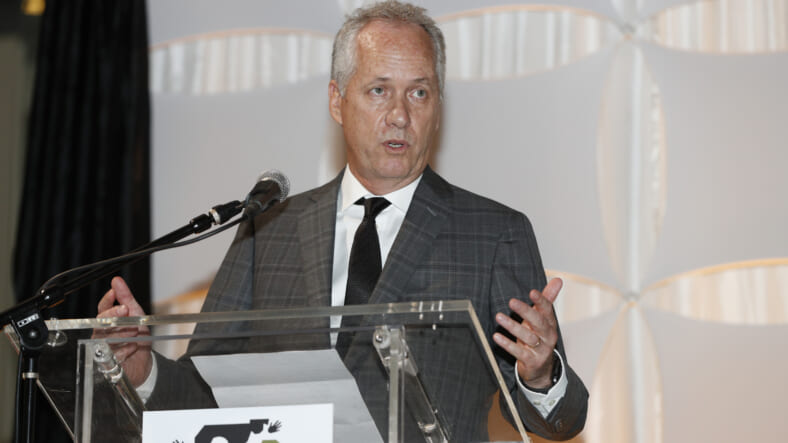 The police chief of Louisville, Kentucky is out of a job following a fatal shooting in his city during which officers had not activated their body cameras.

The shooting occurred during a protest for George Floyd which had turned violent. Police and the National Guard were trying to disperse a crowd that had assembled in a parking lot after midnight.

According to a report by CNN, officials were fired upon and returned fire. One man, David McAtee, a local business owner, was shot dead.

“This type of institutional failure will not be tolerated,” Louisville Mayor Greg Fischer said on Monday. “Accordingly, I have relieved Steve Conrad of his duties as chief of the Louisville Metro Police Department (LMPD).”

Louisville is a hot seat of civil unrest after the shooting death of Breonna Taylor, a Black emergency medical technician who was killed in her home when police stormed in with a “no-knock warrant.”

Kentucky Governor Andy Beshear said that the Kentucky State Police will be independently investigating the shooting. Beshear said the lack of body camera footage was unacceptable.

“This is the entire reason that we have those cameras,” the Democratic governor said at the state Capitol in Frankfort. “And every other officers’ cameras should be reviewed, and if they captured any part of the scene it ought to be released.”

The shooting of McAtee was the second shooting during protests related to Taylor’s death. Last week, seven people were shot after the audio of a 911 call was released. At that time, Mayor Fischer said that the shots came from within the crowd and not police officers.

McAtee owned a barbecue business and was well-known in the community. “They’ve nurtured so many people in their bellies and in their hearts before,” Fischer said, “and for him to be caught up in this, not to be with us today is a tragedy.”

McAtee was known in Louisville for offering meals to police officers.