Meghan Markle speaks out on racial divisions in US

Meghan addressed the death of Floyd during a commencement speech for her former Los Angeles high school. 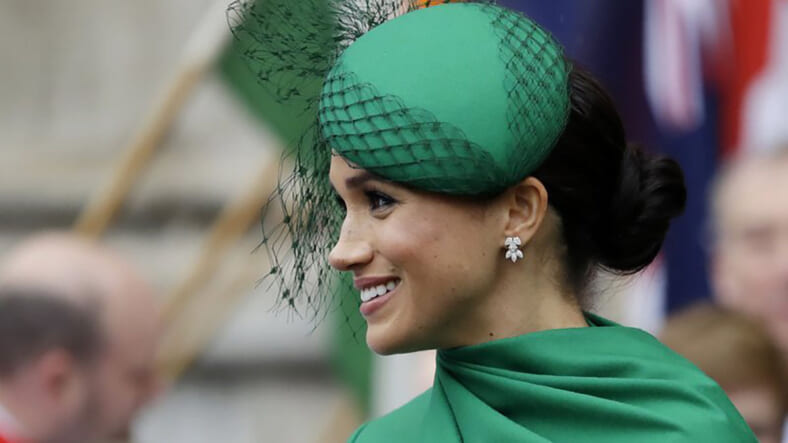 In this Monday, March 9, 2020 file photo, Britain’s Meghan, the Duchess of Sussex receives flowers as she leaves after attending the annual Commonwealth Day service at Westminster Abbey in London. (AP Photo/Kirsty Wigglesworth, File)

LONDON (AP) — Meghan, the Duchess of Sussex, has shared her sadness about racial divisions in the United States, telling students at her former high school that she felt moved to speak out because the life of George Floyd mattered.

Meghan told graduates at Immaculate Heart High School in Los Angeles that she wrestled with the question of what to tell them given the days of protests after the May 25 death of Floyd, a handcuffed black man who pleaded for air as a white police officer pressed a knee on his neck in Minneapolis.

She said her nervousness arose because her words would be “picked apart,” but she decided to speak anyway.

“I realized the only wrong thing to say is to say nothing, because George Floyd’s life mattered,” she said in the virtual address Wednesday.

Floyd’s deaths sparked days of protests and riots in the United States.

The former Meghan Markle, who is biracial, said the unrest reminded her of the riots that took place in her hometown of Los Angeles after police officers were acquitted in the video-taped beating of Rodney King in 1992.

“And I remember seeing men in the back of a van holding guns and rifles, and I remember pulling up to the house and seeing the tree that had always been there, completely charred. And those memories don’t go away.″

Meghan and her husband Prince Harry, who is a grandson of Queen Elizabeth II, are seeking a new life in California after stepping away from royals duties earlier this year. Having cut off any cooperation with the British tabloid media, they have sought to independently shape their image and speak out on issues important to them.

The duchess’ video, which was first reported by the U.S. magazine Essence, offered encouragement to the graduates, urging them to consider the moments of light and humanity that emerged from the actions of peaceful protesters. Meghan said she wished the graduates were starting their young lives in a better world.