A community activist, Derrick Sanderlin, is injured in a tragically ironic incident 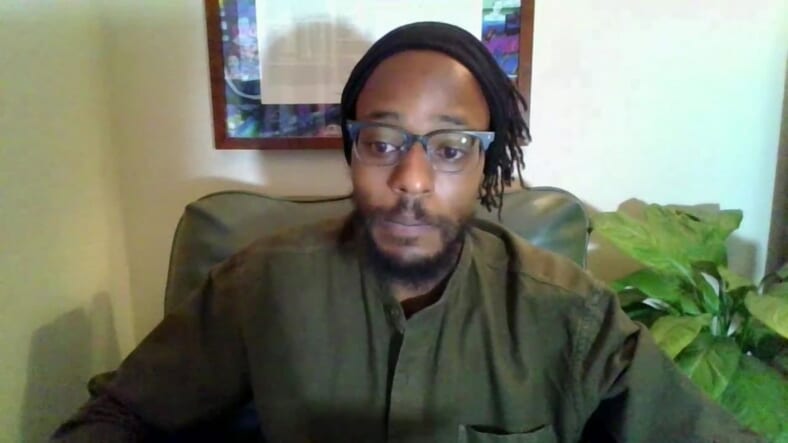 In a story that has made headlines for being equal parts ironic and tragic, it has now been confirmed that a Black community activist in San Jose, California was shot by the very same police department he spent three years training on implicit bias.

According to a local ABC affiliate, the mayor’s office released a press release stating that during a May 29 protest demonstration, community organizer Derrick Sanderlin, suffered potentially permanent injuries after being shot by police with rubber bullets.

Sanderlin, who personally knows San Jose Police Chief Eddie Garcia, and spent years working with the department to train recruits on better ways to engage with the community, said he was disheartened to see how those same officers were treating protesters.

“I really just couldn’t watch it anymore,” he said of the protest coverage. “And just kind of made like a parallel walkover, put my hands up, and just stood in the line of the fire and asked them to please not do this.”

“I pause for a moment like maybe this isn’t, maybe this doesn’t hurt and falling afterwards is like the most painful experience,” he recalled.

A black activist who trained the San Jose Police Department on implicit bias was shot with a rubber bullet and seriously injured by the same department during a protest, the mayor's office said. https://t.co/izjCwYSTsu

The 27-year-old was shot in the testicle and required emergency surgery. Doctors say there is a chance the injury rendered him infertile and that he won’t know for sure until he and his wife tried to conceive.

“And I just started weeping at the thought of that,” explained his wife, Cayla, whom he married four years ago. “You know, we, we do want kids and we’re very close to having kids.”

READ MORE: Dear White People: Keep that same energy when the protests are over

“Derrick has been a real leader in our communities’ efforts to reduce bias and discrimination through dialogue,” Chief Garcia said issued a statement about the incident. “I assured him we will be investigating this incident.”