The residential building issued an apology as it reviews the matter. 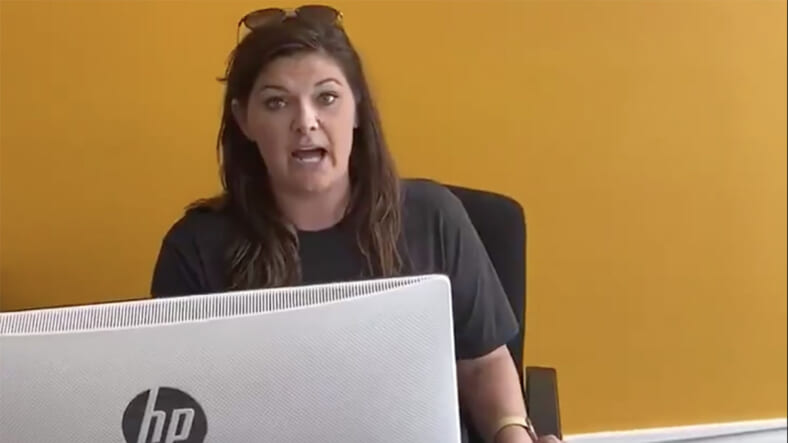 A Tennessee Karen apartment complex employee got “fired” after assuming a Black resident did not have permission to the swimming pool, The Atlanta Black Star reported.

On Tuesday at the Knox Ridge Apartments in Knoxville, a Black resident and two her friends were prohibited from using the swimming pool by a white employee who stood by the doorway.

Me and my friends were just racially profiled at KnoxRidge pool. Don’t go there. This woman automatically assumed that we didn’t live there and stopped us before we could go inside. But she continued to let in other white residents. pic.twitter.com/8IXBfOTR2i

When the tweet went viral, Knox Ridge Apartments respond by saying it has placed its “employee on disciplinary leave.”

Knox Ridge is aware of the incident that occurred [yesterday] involving a staff member and resident. We have placed the employee on disciplinary leave while we review this matter further. As a community, we have

“We are aware of this incident and we are reviewing the situation,” Knox Ridge tweeted. “We apologize to the community and the resident for the harm that this has caused.”

The Black woman filming the video stated she has been subleasing an apartment and paying rent since March, but Karen insisted that residents were not allowed to bring guests.

Although being on disciplinary leave, while the company is reviewing the matter, is not quite the same as getting fired, the video shows the Karen in question allowing a fellow white woman into the pool without hesitation.

When confronted why Karen did not stop the white woman from similarly entering the pool, she said, “I know everybody that lives here,” and that she knew the other white woman for two years.

When asked why Karen did not simply ask if the three Black women were residents as opposed to contending them as outsiders, the white employee remained silent.