Christian Spencer
Midlothian ISD Board of Trustees member Tami Tobey standing between two unidentified white women who wore a blackface, as a part of their custome at a Halloween party in 2012. ( Photo Credit: Dallas Observer)

A board member of a Northern Texas school district has worn a Blackface costume, supposedly mocking Venus and Serena Williams.

At a Halloween party in 2012, Tami Tobey, one of the board members of Midlothian ISD Board of Trustees, posed in a racist group photo with two of her friends.

She was photographed smiling and holding a tennis racket, while wearing fake cornrows and lip liner—the caricature features of a Black woman. One of her unnamed friends is in Blackface as well, but it is indistinguishable which Williams sister Tobey and her friend were trying to portray.

Her second friend in the middle, though not wearing Blackface, is seen carrying three baby dolls with hoop earrings, a stereotype of Black mothers having too many children.

The original source is claiming Tobey previously wore Blackface at another Halloween party in 2011. Although pictures were not provided, the source said her costume was based on the controversial hit movie The Help. Tobey is said to have dressed like a housemaid.

In an email sent to the Dallas Observer, Tobey admitted the photos were of her.

“Regrettably, yes, the person pictured here is me,” she wrote to the Observer.

Upon learning about Tobey’s racist picture, the other board members expressed their disapproval. 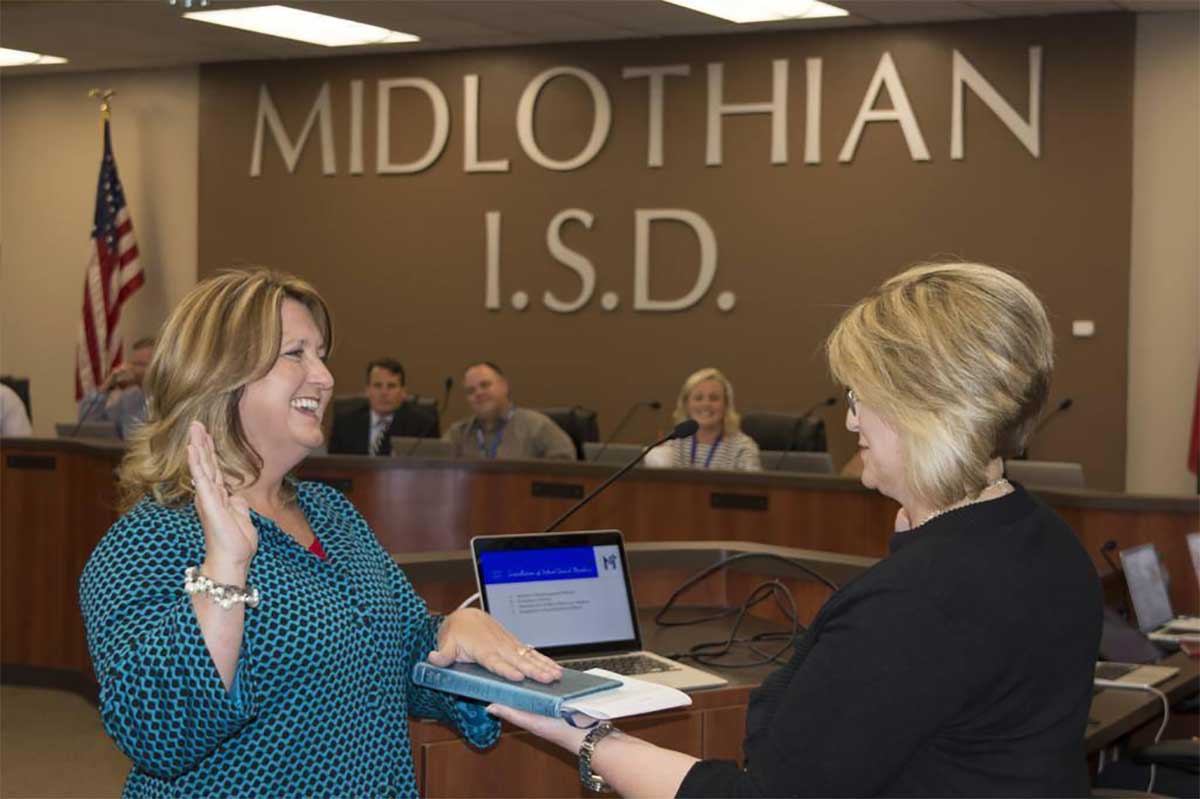 “This is not representative of the Midlothian ISD Board of Trustees nor the Midlothian Independent School District where we are proud of our strong values by providing a safe and caring learning environment,” board President Matt Sanders said in an email to the Observer.

According to the Observer, Tobey is hopeful about her reelection, and her board member profile is still available on the school’s website.

The city of Midlothian has a population estimated to be around 30,000 residents, most of whom are white at 87%, according to World Population Review.

The school district itself is reported to have a predominantly white student body at 67%. Black students represent less than 8%, according to the Texas Tribune.

Out of seven board members, Tobey is ranked sixth.