Here’s what to watch this weekend in honor of Juneteenth

Check out all the TV shows, films, documentaries and live events you should see this weekend 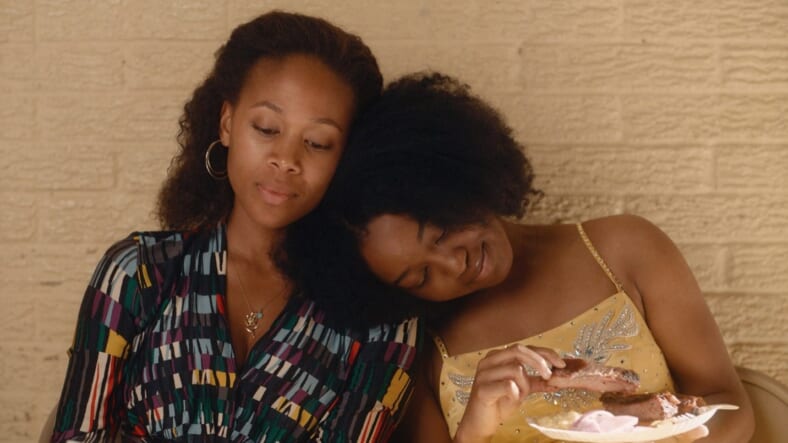 Juneteenth is upon us and this year, there are tons of films, shows, and specials on deck to help us celebrate the holiday. Whether you’re in the mood to see something new or want to revisit an old favorite, this hard-won holiday weekend provides the perfect opportunity.

Here’s what we’ll be watching this weekend:

Miss Juneteenth finally debuts digitally today, and the charming film that stars Nicole Beharie and Kendrick Sampson is the perfect pick. The slice of life film depicts the relationship between a mother and daughter so realistically and Beharie’s performance is truly inspired. “It was so important to me for that dynamic t be realistic,” Beharie told theGrio. “I hope it helps people recognize that our experiences are meaningful and important even when they don’t include all the drama we are used to seeing.”

In a special Juneteenth episode, Jada Pinkett Smith, Willow Smith, and Adrienne Banfield-Norris are joined by legendary civil rights leader Dr. Angela Davis and activist Tamika Mallory. The ladies sit down at the table to address the state of emergency within Black America – from racism to police brutality, white supremacy to “Karens” and even cancel culture.

Some News: WHEN THEY SEE US and 13TH are now available to you whether you are a member or not in front of @netflix’s paywall for free. 13TH is also on Youtube for free. In addition, @paramountmovies has made SELMA free on all platforms. Plus, FX + BET will air that film nationally tomorrow to commemorate Juneteenth. Images matter. Honored to share these. ?

Netflix and Ava DuVernay are making 13th and When They See Us free for the weekend, whether or not you have a subscription.

The series, helmed by Bashir Salahuddin and Diallo Riddle, returns to IFC with a “Black History Month Spectacular” in honor of Juneteenth and it’s certainly worth a watch. The show’s executive producer, John Legend, is front and center on this episode that finds him tackling racism and giving his best Duke Ellington impression.

HBO is making the groundbreaking series that stars Regina King free for everyone this weekend, so it’s a great time to get into one of the most important series of the year. All nine episodes will be free on-demand and at HBO.com from June 19 to June 21.

Oprah Winfrey Network announced today the commemoration of the Juneteenth holiday with slate of special encore airings of programming. Starting with the evocative original documentary Dark Girls, followed by Light Girls, Oprah & Lupita Nyong’o on Colorism, Oprah Winfrey Presents: Legends Who Paved the Way, and ending with both installments of OWN: Spotlight: Where Do We Go From Here?

theGrio has assembled some of our community’s best and brightest to celebrate Juneteenth during a special Facebook Live event that kicks off at 6 p.m. EST. Find out how leaders like Stacey Abrams and Sen. Kamala Harris feel about the holiday and hear from celebs like Tina Knowles Lawson, Kelly Rowland, and Sterling K. Brown among others.