EXCLUSIVE: The poem was written by the late, Oscar-nominated actress and activist Beah Richards in 1950, and her words still ring true today 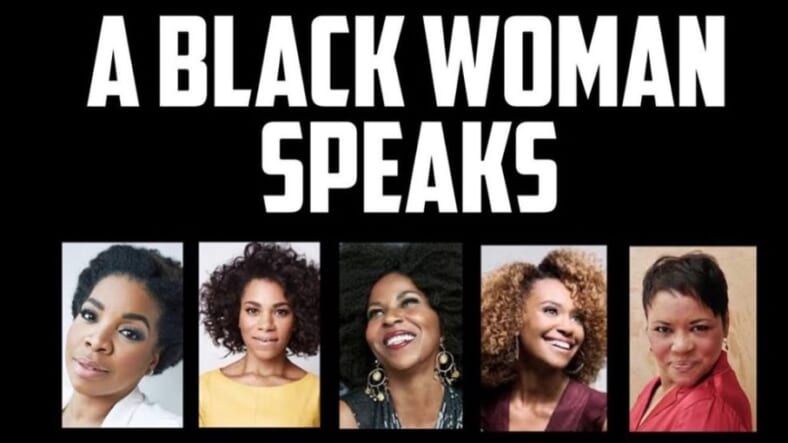 Just in time for Juneteenth, some of Hollywood’s leading ladies have joined forces for a reading of A Black Woman Speaks premiering exclusively on theGrio. The poem was written by the late, Oscar-nominated actress and activist Beah Richards in 1950, and her words still ring true today.

As an actress and Artistic Director and co-founder of Black Rebirth Collective, Kimberly Hebert decided to coordinate the performance as a way to contribute her thoughts on the compounded crises our community is facing.

“Some of them are from TV and others are dope, well-trained, Black, female artists whom I have worked with in the theater world,” she says of the group of 14 women she assembled for the powerful performance. “We have gone through #MeToo and #TimesUp and the first women’s movement and Black women are still having to tell them we are not secondary women.”

“We have been trying to figure out how to reassess our artistic output since the coronavirus hit. It felt a little self-serving while so many people were struggling and dying from this virus, and then we had the Amy Cooper moment,” Hebert explains.

“That moment for me said everything that I know this poem is saying and it reminded me of that white woman we all know, who has the ability to call upon the white supremacy and white privilege so easily. It was a portent of things to come. I felt like we have to say these words about white womanhood and its investment in white supremacy.”

Juneteenth provided the perfect opportunity for the women to share in this expression of grief, anger, and hope.

“I grew up in Houston so I didn’t learn this from watching Atlanta or black-ish. Galveston is down the street from us and we celebrated Juneteenth like the 4th of July. That’s what we did. That was our freedom day,” Hebert says.

“I’ve hosted celebrations at my house where we play spades and barbecue to celebrate what we understood as the moment we were all free. I grew up with Juneteenth in my bones.”

“There should be a kind of a national shame that the country could allow an additional 720 days for these people. That should be an embarrassment. It’s so important for us to know these things about ourselves and about the country that has to be our home; not by choice,” she adds.

“We have to know this now and I’m hoping that we will be taking in our anger and rage as well as a deep abiding love for ourselves and a shift from the white gaze. If we keep looking at them to tell us who we are, we will always get a distorted picture. I’m excited about this holiday meaning something to all of us because it really reflects that we all became free at that moment. Well…free-ish.”

Hebert asks that those who view the work donate to the Equal Justice Initiative and The Collective PAC.