OPINION: A family's history with slavery and emancipation demonstrates how this Juneteenth is more than just a viral moment, but about legacy 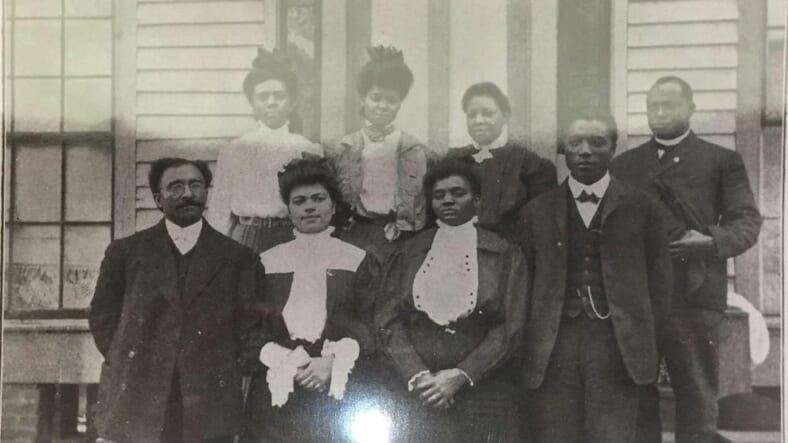 The president believes that he introduced Juneteenth to the world.

As misguided as he might be, the reality is a lot of people (Black people) didn’t really know about the holiday marking the end of slavery until he said something. Sure, there are pockets that have incorporated the holiday into their annual ritual — but for slews of African Americans, the day was commemorated by the posting of a meme on Instagram.

But as my mother used to say, what the devil meant for evil, God turned it around for our good.

Jokes aside, there are a few variables that have made this Juneteenth an important one for this generation to pause and take note of. They are police-involved killings, the high concentration of Black deaths associated with the COVID-19 pandemic, degrading economy, systemic racism, etc.

But Juneteenth is not just Black people’s “We Ain’t Really Free Day.” It’s not just a reimagined Kwanzaa in the middle of the year. It is not just a reminder that we were slaves, a distinct marker in what Marimba Ani calls, “The MAAFA.”

Juneteenth is a celebratory day for communal reflection and cultural exploration.

It is a day for you to take in the journey of our people from 1865 and embrace all the manifestations of this sacred day. It is our Freedom Day. It is our Jubilee and Liberation Day. So establishing rituals that acknowledge those ancestors who were enslaved, their joys as well as their fights for freedom is important. Remembering that in addition to their labor and their abolition, they also loved and equipped themselves with unimaginable fortitude to be human while living in a world that legislated them as less than human. My family celebrates Juneteenth by engaging in sacred memory. Rev. David Brawley expanded the concept of sacred memory to include pausing to research, reflect, and meditate on one’s forebears to gain strength for the modern-day.

The first step in understanding that our ritual is to correctly embrace the historicity of slavery: Emancipation Proclamation vs. Juneteenth.

Slavery officially ended in The South on January 1, 1863. Juneteenth was when the Blacks in Galveston, Texas were made aware of their freedom on June 19, 1865. The Allen-Strickland Clan, my maternal ancestors lived in Georgia and where “freed” sometime between 1863 and 1864.

What we have learned through extensive research of our family’s history is a story that shows the complicated nature of slavery and how the essence of the current #BlackLivesMatter is in our DNA.

Dr. Malcolm L. Landrum, my second great grandfather, was a Scottish white man from Oglethorpe, GA. He was married to two different white women (at two different times), but never had children with either. He had one servant. My second great grandmother, Millie Allen, who bore him children, both after slavery was abolished. To make this even more curious, his second wife Irene, never lived with him and she was the owner of Millie’s family. Living with Irene Irby Landrum were Gloster and Eveline Allen (my third-generation grandparents).

Dr. Landrum was a noted physician and reverend, who lived on what was referred to as the “Landrum farm,” and was drafted into the Civil War on May 15, 1861. He joined the Muster Roll of Company K, 8th Regiment of the Georgia Volunteer Infantry Army of Northern Virginia (C.S.A. and was a private. He came from a military family, with one of his forefathers serving in the Revolutionary War (a sneaky little fact that my daughter and I are candidates for Daughters of the American Revolution). He was swiftly discharged after succumbing to a disability on July 2, 1861. Millie was his faithful “servant” through his recovery, after the death of his first wife Leticia.

While emancipation came in 1863 and the Juneteenth acceptance was in 1865, census records show Millie casually having residence on Irene Irby’s farm and the Landrum farm. Nothing out of the ordinary, what the story tells is a depiction of a family in bondage shared or loaned out at the will of their master. That is until after 1885, the first Juneteenth and the fall of the south to the Civil War. Those lines started to blur as white folk no longer legally had jurisdiction over the Blacks that they owned. And at the latest 1866, Landrum started to pay people to run his land. This was something he never did before. One of those workers was Gloster Allen.

As a Black man born in 1828, it is likely that Gloster had never known what it was like to negotiate his terms for payment. Yet, the end of slavery gave him authority over his own economy, he was the master of his own sail. The terms were settled and he did the work. However, the “noble” Dr. Landrum did not pay him. The reason is never given, but the injury has been documented forever in an Athens court record from 1868.

This is one of two documents detailing this case. It is unknown if Gloster won the case.

How did he have the audacity to sue a white man three years after the Juneteeth date? Especially since by 1866 his daughter Millie was pregnant/ or had given birth to Landrum’s first child and only daughter (notice this is after slavery). Did he fear retaliation against his grandchild … after all it was nothing for white men to hurt or harm their own children? Did he even consider that? Who was this red-clayed hard-working man? How could the residual of slavery not live in his constitution?

While it would be bold to think that my great-great-great-grandfather was just a beast and had all the swag to stand up against his former master’s husband, I believe it was some of the institutions established to support ex-slaves after Juneteenth that stood behind him. The stood behind him just like the #BlackLivesMatter legions stand behind Ben Crump, Tamika Mallory, or Oluwatoyin “Toyin” Salau. Reconstruction is often spoken about in dreamy ways that don’t seem real and oftentimes seem inconsequential.

There was nothing inconsequential about Gloster and his act of self-preservation. He was a man, dammit! And there is equity in that.

Out of that spirit rose even in Athens, The Freedman’s Bureau set up to help Blacks transition from slavery to citizenship. He had to be inspired by their work. Also, the federal government possibly gave him something to at least feel hopeful about: in his state the Original 33 took office. The Original 33 were the first African Americans to be elected into the 80th Georgia General Assembly. The made up 5% of the congressional seats (153 House members and 44 Senators).

Little is known about my third great-great-great-grandfather outside of the two court documents that he filed when he was 40, younger than I am now. But we do know that by 1881, Dr. Landrum opened his church to start the Jeruel Academy. It was a school established to educate Black people in English, Greek, Latin, French, history, mathematics, public speaking, agriculture, sewing, cooking, music, and printing before the turn of the century (1900). The original building for the school was constructed in 1886 on the land that is now the University of Georgia campus. Many of the students and teachers attended Morehouse or Spelman College. One of those men would be Rev. John Henry Allen, the grandchild of Gloster, the only son of Landrum and Millie and my great grandfather.

My GG- pop would go on to be one of the founders of the Commerce school district in 1902, being the first principal and superintendent for the Johntown School, later acquiring a $2,500 grant from the prestigious Rosenwald Fund to further build up the school. According to the History of Harmony Grove-Commerce, under his leadership, “there were very few illiterates among them.” He was an itinerant preacher (founding several churches in the local community) and was a 1914 graduate of Morehouse in 1914.

The story is beautiful and makes you burst with pride? Yes?

It should. But right alongside all this progress were the wicked and nasty traces of white supremacy. Those 33 men took office in 1868. Within months they were expelled for being “Black.” There is a monument in Georgia to remind the state of how horrible its history has been. Perhaps, the absence of Gloster from all the records could speak to the time and reflect the social unrest going on. After the politicians were kicked out of congress, several hundred Blacks (and some whites) protested from Albany to Camilla. They were openly armed and ready to express their disgust, saying for that time that Black Lives Matter. But they were met with violence.

Nine to fifteen people were killed and about forty were injured. The Camilla massacre was an example of voter suppression and political disenfranchisement, something that Stacey Abrams is fighting right now in that same state.

And that is what Juneteenth is!

It is a day when we see through sacred memory the gloriously complicated moments of our survival — of our march to civil rights. It has to give a nod to the ancestors and reflect on how courageous they have been to get us up to this point. At the same time, Juneteenth has to revitalize the young to see the protest does yield fruit but that fruit has to be followed through.

As you post on your TikTok, go live on IG, watch whatever on Facebook in acknowledgment of this holiday, remember it is not just about our struggle but our triumphs, it is not about the great people you may read about but the great people in your family. It is not just about your yesterday and today, it is about our forever — and the prayer that we have the endurance to keep it pushing.

Rev. Nicole Duncan-Smith … West Philadelphia born and raised, and in the playground is where she spent most of her days. Currently, she serves on the ministerial staff at The St. Paul Community Baptist Church, and lectures on Hip-Hop as a viable love language to teach the Gospel. She is the founder of Haymakers Presents Battlecon, the first battle rap convention. She is a wife, a mother, a really cool chick, and a contributing editor at theGrio.