Diallo Riddle, co-creator of Sherman’s Showcase, is dishing on his comedy special, which will have a special viewing on AMC on Juneteenth.

Many of you may know Riddle and his writing partner, Bashir Salahuddin, from their work on South Side (Comedy Central) and the genius behind slow jamming the news on The Tonight Show. I actually became a dedicated fan watching their internet show, The Message (which can be found of YouTube). The common thread that ties all of Riddle and Salahuddin’s projects is their love of Black people and their celebration of our beauty and diversity.

Riddle and Salahuddin actually pitched the concept of the Sherman’s Showcase Spectacular in October 2019 as a Black History Month special. However, due to programming constraints the show wasn’t able to air in February. As fate would have it, the show was slated to air in June, before the global pandemic, before the uprisings, before the worldwide calls for Black Lives Matter, and before the racial reckoning across the nation. The world was a different place when they conceived the idea for the special, but Riddle states, “The universe put the special exactly where it needs to be,” and the timing couldn’t be more perfect. 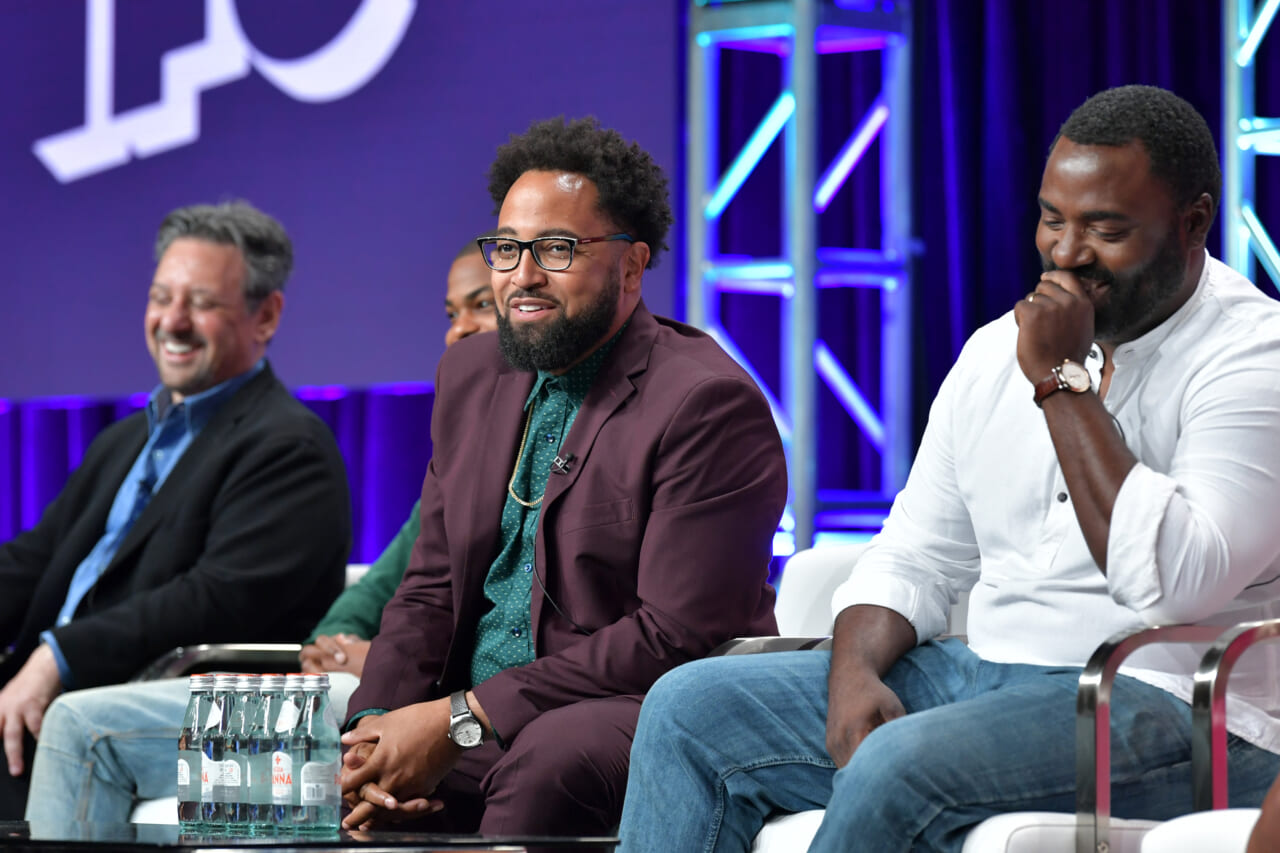 The world for Black people has been especially taxing these past few weeks with the murders of George Floyd, Breonna Taylor, Ahmaud Arbery, and so many other Black names we have not memorialized. The necessity for a moment of levity and laughter is allowed. Indeed, it is necessary for us to continue on. Sherman’s Showcase is a variety show doing, saying, and presenting images of Black people we do not normally see on television.

Riddle gave me a brief sneak peek as to some of the sketches airing this evening: the three Blackest moments in movie history (yes, there are reference to The Last Dragon), a new dancehall anthem, and a Black vampire roundtable.

The undergirding foundation of their projects is to only make fun of things you absolutely love, and for Riddle and Salahuddin, they love Black people. Riddle stated their ideas “come from information taken in from the world. Seeing what’s true, what’s real, and writing about it.” The process in their diverse Black writers room is to discuss issues and topics until they find something that makes them genuinely laugh.

Riddle is one of six children and Salahuddin is one of eight. Therefore, their writing process is to replicate the funny moments they experienced in their youth around the dinner table.  For people who grew up in large families, there is that experience of searching for your place in the funny moments around the table. These experiences have served Riddle and Salahuddin well. Their projects are a refreshing form of inclusive comedy that celebrates Black people and our collective similarities and diversity.

I asked Riddle how music became such an integral part of Sherman’s Showcase. He and Salahuddin met while singing in the Black acapella group at Harvard University in the mid 1990s. Riddle was a DJ during and after college and felt the music on Sherman’s Showcase needed to have a “DJ quality” to it. That is, they wanted their comedic songs to actually be bangers and for those who actually listened to the lyrics, they would discover the comedic elements of the work. 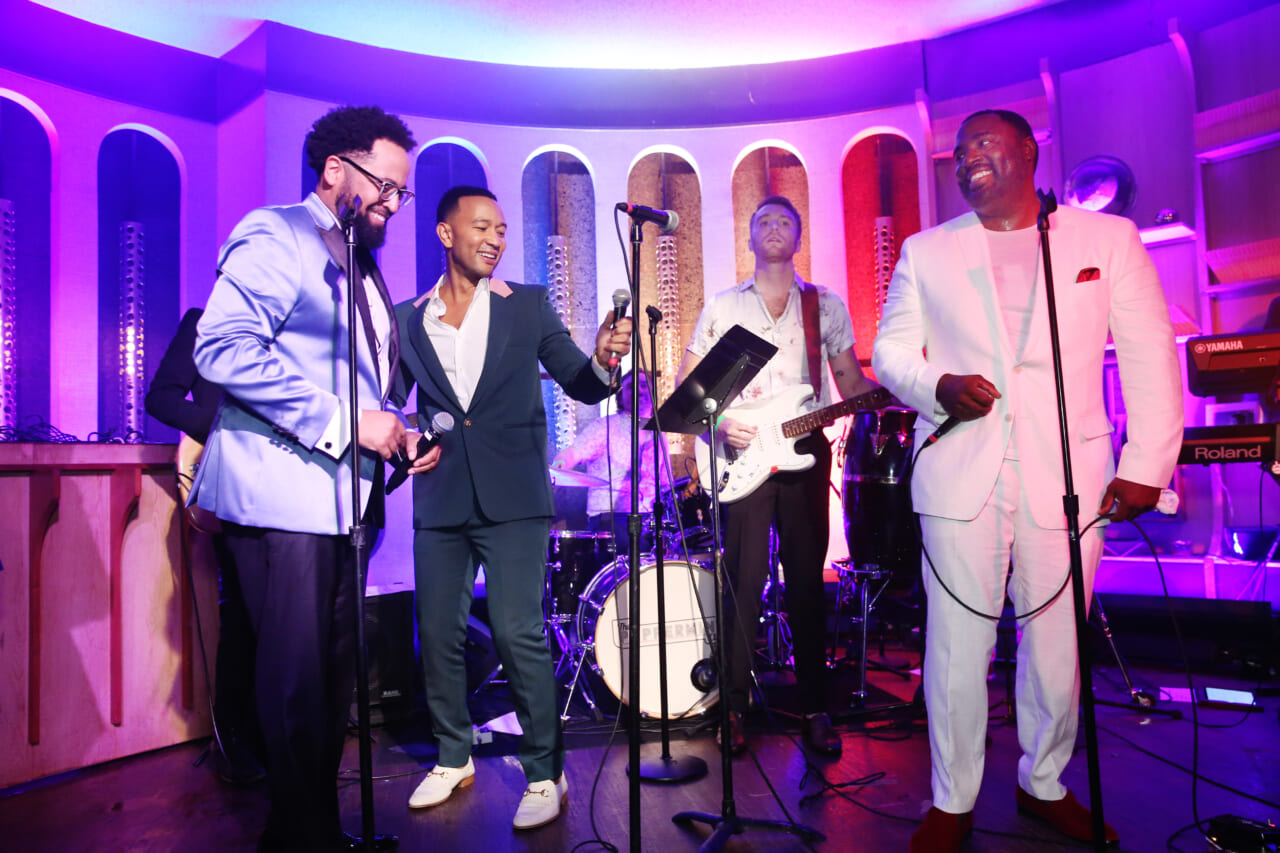 So how did John Legend become an executive producer and special guest on several episodes? Riddle and Salahuddin not only respected Legend for his musical acumen (and EGOT status), but they wanted to highlight Legend’s comedic timing as well. They discovered he is quite funny when not sitting behind the piano. Legend has also been instrumental in convening his musically talented friend and colleagues to join in on the fun.

Comedy is needed right now. Riddle and many other comedians are struggling to answer the questions, “Is it ok to be silly right now? Should I be a distraction from the serious work being done right now?” I answer these questions with an overwhelming and emphatic YES. As Riddle contemplated these questions, he was reminded by Legend that we all have gifts and talents and it is our responsibility to share those talents and give them to the world, especially in moments such as these. Riddle took these words to heart and recognizes we all have a role to play in this moment, in this movement. Some days nothing seems funny, but we persist.

Riddle hopes we will “sit back and laugh as we’re fighting for the opportunity to live and love some more.” We intend to do just that. Tune into Sherman’s Showcase Spectacular tonight on AMC at 10pm EST.

Christina Greer, Ph.D., is an associate professor at Fordham University, political editor at theGrio, the author of Black Ethnics: Race, Immigration, and the Pursuit of the American Dream, and the co-host of the podcast FAQ-NYC. You can find her at @Dr_CMGreer on Twitter.