Panelists urge viewers 'to voice your opinion because it does matter'

In commemoration of Juneteenth, the New York Liberty led a powerful virtual conversation about freedom, justice, equality, and the power of our vote on Friday.

“Every day we celebrate being black, but today we reflect on our blackness even more,“ Rapsody said about the relevance of having this panel on Juneteenth.

The discussion was based on the 2020 national and local elections – criminal justice reform, economic inequality, healthcare, social justice, women’s rights policies – and how using influence can help mobilize and empower the disengaged to exercise their right to vote.

“It is our obligation to be a voice for the voiceless,” Temple added.

theGrio spoke with Liberty COO Keia Clarke, the longest-tenured employee at Liberty reaching her 10th season this year, to talk about Liberty’s history of social justice advocacy and how the team will continue to activate virtually. The Liberty has a broad history in social advocacy, but one of the largest turning points in their strides in social advocacy was in 2016.

During a period of wrongful deaths of members in the black community, the WNBA team used their platform to take a stand during a major game. They made a statement representing the lost lives, by wearing black T-shirts that read “#Black Lives Matter” and “#Dallas Five.” The statement made a huge impact on the Liberty and the larger message that members of the WNBA wanted to represent when showing solidarity with the lost black lives. 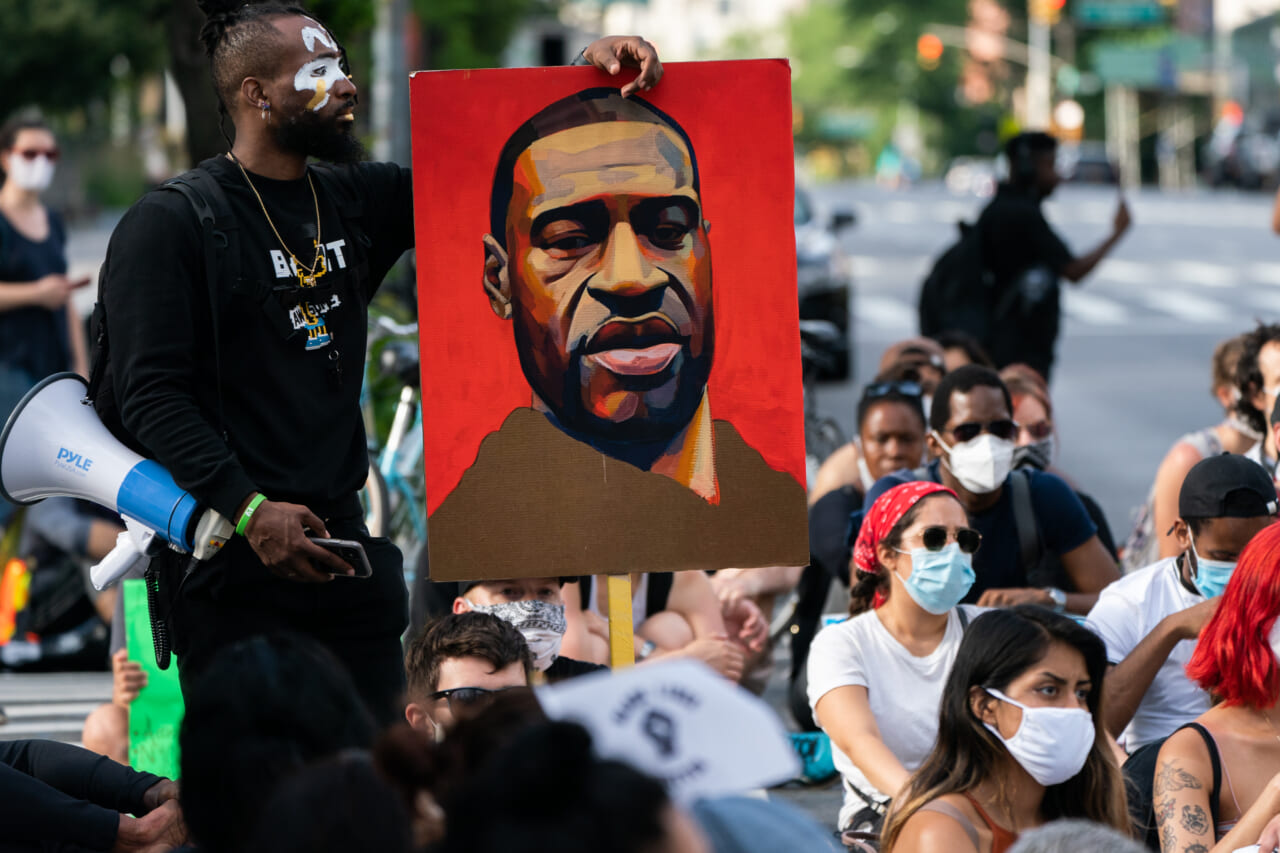 NEW YORK, NY – JUNE 18: A man holds a picture of George Floyd during a Black Lives Matter protest on June 18, 2020 in New York City. Protesters plan to mark Juneteenth with demonstrations against racism and police brutality planned in cities across the country. (Photo by Jeenah Moon/Getty Images)

“Ultimately our goal is to stretch far and wide,” Clarke tells the Grio. “To have as many people listen, but really to understand that this is work that the Liberty franchise does on a day-to-day basis, whether we’re just playing the games, or whether we’re doing off core initiatives like this, it is working together for the same goal. …These women are elite athletes, but they care deeply about issues that affect their communities.”

The Liberty continue to make consistent strides to promote social change, and orchestrating their first virtual panel on Juneteenth is their most recent endeavor.

“We [the WNBA] are the people who have been doing this work the whole time. …What’s really cool about our league is that it’s authentic to who we are,” Clarendon said. “Every player in our league has some type of passion that they want to speak out about, something that they care about and are doing in their community. … Our strength is in the numbers.”

“We have to educate ourselves on how powerful our vote is within our communities,” said Rapsody.

Temple emphasized his own personal experience when voting at 18 years old and learning the names of local representatives within his community.

“The local elections are the ones that honestly mean the most. When you look back, how many of us can name the District Attorney in our city? The prosecutors carry so much weight based on what they believe. …These things matter so much,” said Temple.

Amid the discussion, Topeka K. Sam, founder of The Ladies of Hope Ministries, emphasized that “there are so many people who don’t vote because of these myths that you can’t.” 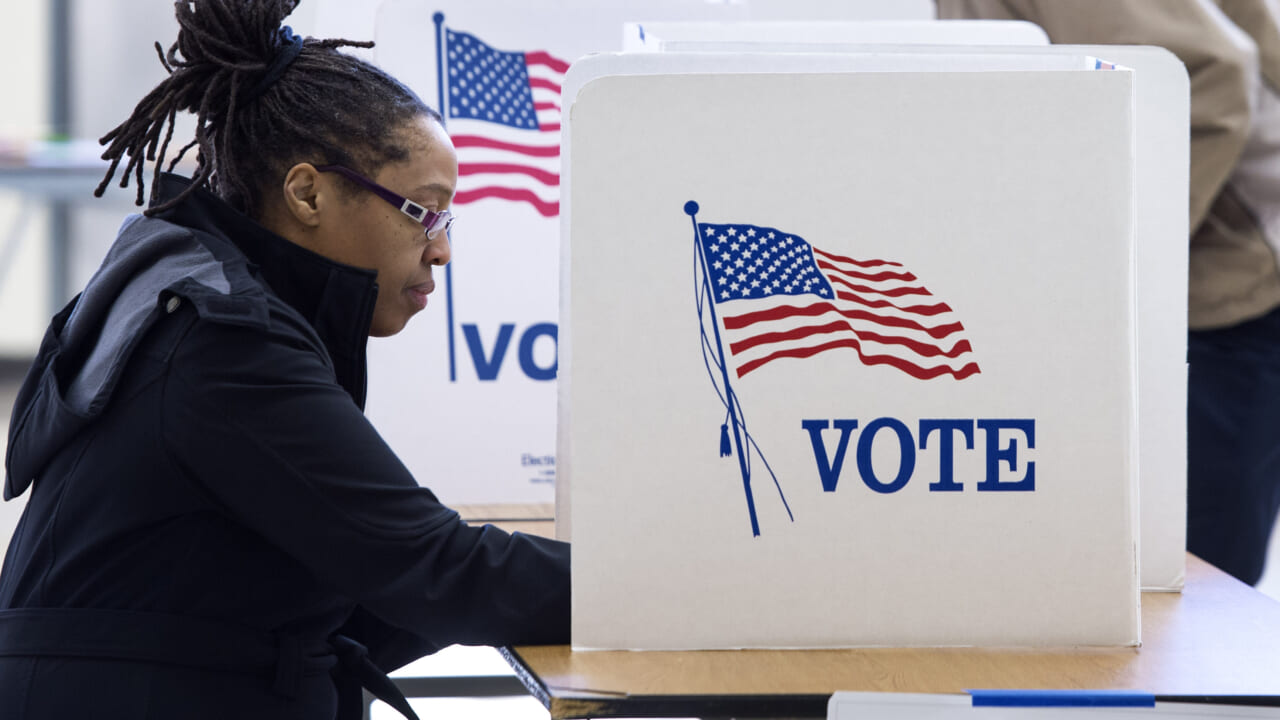 “There are more people who actually can vote, and can get their rights back to vote after returning home from prison, than not,” Sam added.

The panelists made a call to action for all viewers of the discussion that we must be aware of what’s happening and going on in our community.

“Use your voice and use your platform…be informed on what’s going on and what you want to change, make sure to voice your opinion because it does matter,” Rapsody said.

They also encouraged viewers to reach out to local representatives and make sure to vote in local and national elections. With later discussion topics ranging from increasing prison labor to prison reform, this Liberty panel tackled hard-hitting topics.

As the peak of racial injustice coming to light, this panel granted a needed reflection from multiple black influencers, activists, performers, and athletes. The event allowed viewers to learn action items they can take in their community, such as supporting organizations like Hope House and The Ladies of Hope Ministries, whose mission is to help disenfranchised and marginalized women and girls transition back into society through spiritual empowerment, education, entrepreneurship, and advocacy.

Following this event, Liberty will be launching a virtual pride experience on Monday, June 22, that will include social learning events and more panel discussions in celebration of Pride month.