While the TV landscape has changed over the years, behind the scenes Black and minority writers are still struggling to get their feet in the door.

During the coronavirus lockdown, America has been forced to turn to in-home entertainment. And while the TV landscape has changed since the days of Friends, which presented an all-white cast in the middle of multicultural New York City, behind the scenes Black and minority writers are still struggling to get their feet in the door.

One of the problems with Hollywood is many of the writers come from a similar background. This is exacerbated by the fact that many of the entry-level jobs are low paying. The low salaries make it difficult for people who are not from upper-to-middle class backgrounds to take the position without the support of their families, according to three writers who are members of TTIE.

Y. Shireen Razack, a native Canadian who hails from a Trinidadian-Indian background, says getting into a writer’s room can be a grueling process. Razack has written for several shows during her more than 10-year career such as NBC’s Trauma, JJ Abrams’ Undercovers, UPN’s The Secret Circle, TNT’s Rizzoli & Isles and SyFy’s Haven. 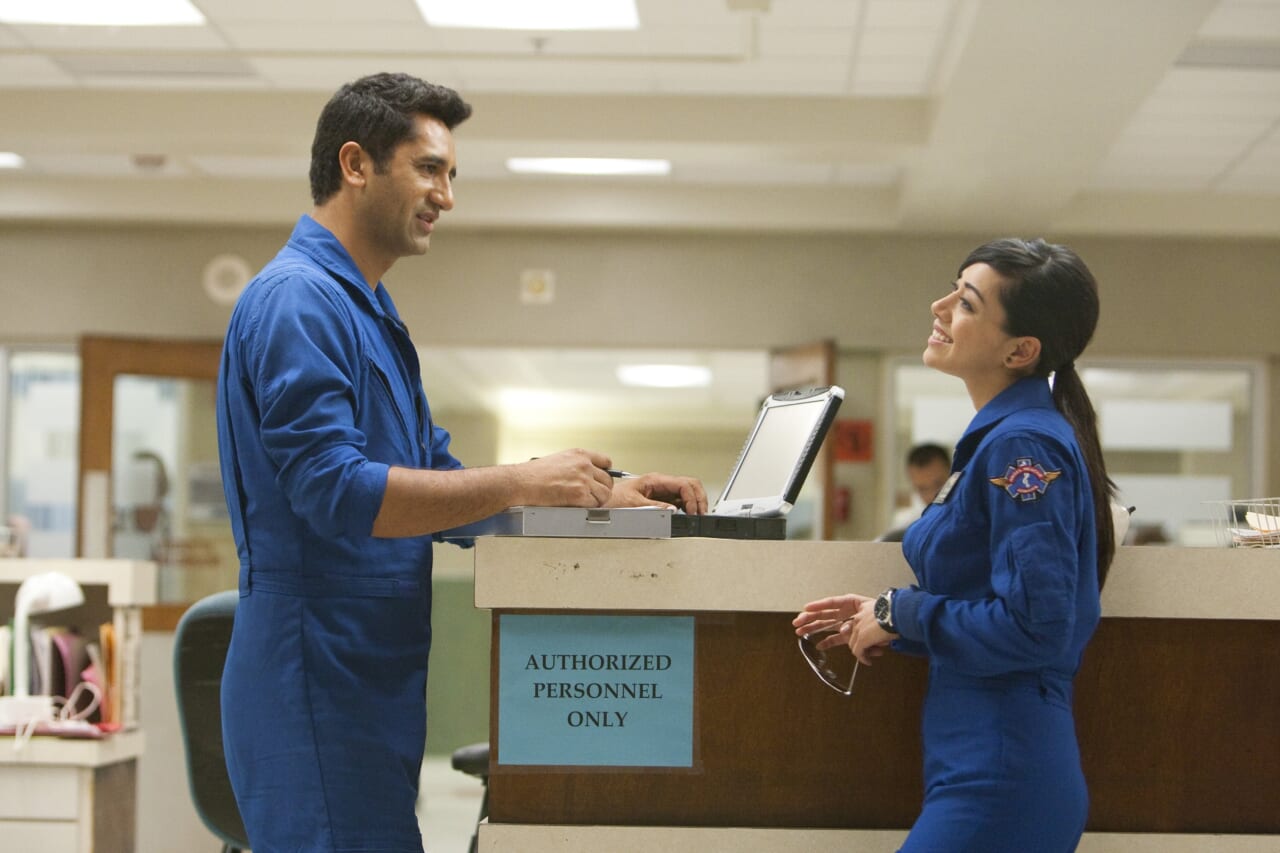 (l-r) Cliff Curtis as Reuben “Rabbit” Palchuck, Aimee Garcia as Marisa Benez are pictured on the set of “Trauma” in 2009. Photo by: Paul Drinkwater/NBCU Photo Bank

The process involves submitting writing samples and multiple interviews before you get offered a writing job. Tawal Panyacosit Jr., who comes from a Chinese-Thai background, compared the process to trying to get into an Ivy League school. Panyacosit, who wrote for Life After First Failure, estimated that of 1,000 applicants, only eight get selected.

“It’s a very intense process,” said Razack. She got into the business through an ABC writing program but once she was in, she still had to prove herself

Angela Harvey, a Black writer who’s originally from St. Louis, said that once underrepresented writers get into the room, they can often get stuck in low-level writing positions. Harvey has written for Teen Wolf (MTV), Salvation (CBS), and Station 19 (ABC). She’s currently the co-executive producer for an upcoming Marvel television show.

In addition, Black writers can sometimes get stuck just writing for “Black shows.”

Harvey added that this can be an advantage during a time when shows with Black actors are doing well, such as HBO’s Insecure. But when those shows go off the air, Black writers can find themselves out of work.

According to Harvey, it was important for underrepresented writers to have a say in writing for popular shows. Many of the shows often feature actors who come from different ethnic groups and it is important to have writers who understand how to accurately portray them.

“You want to be authentic in your storytelling,” she said. 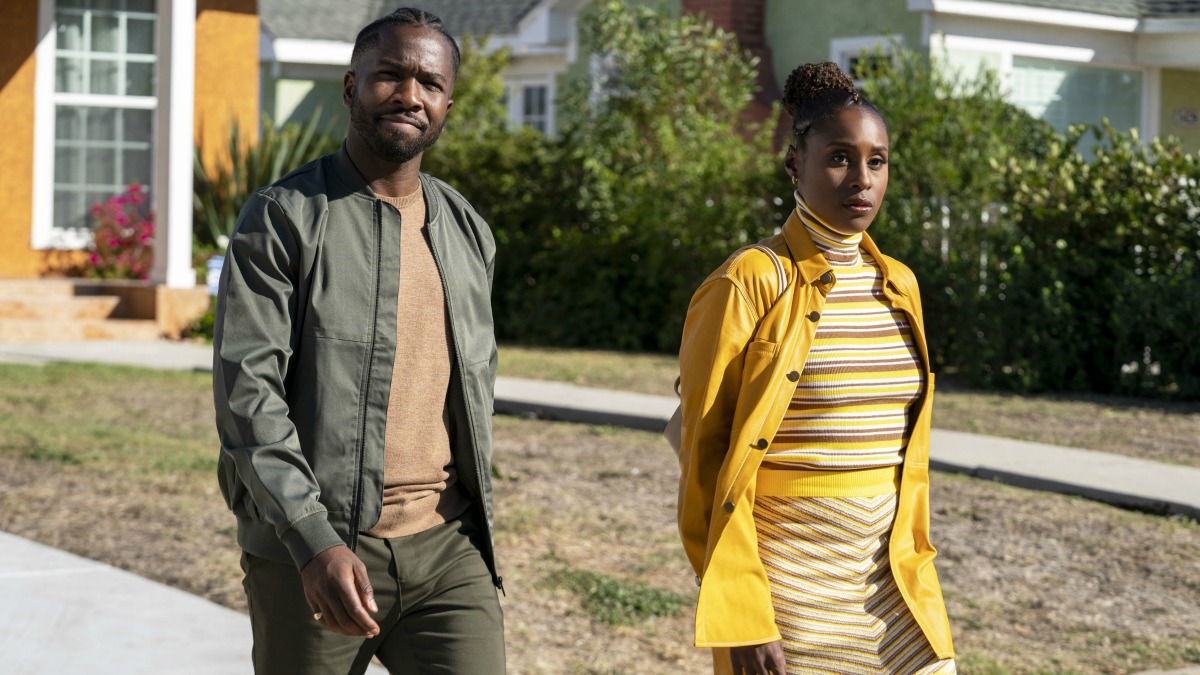 This is a point they made in a Hollywood Reporter column.

“Inclusivity and equity go beyond hiring, however,” said Harvey and Razack in the editorial. “Like many underrepresented writers, we have both been the token underrepresented writer in the room on numerous shows. We were employed at the lower level, forced to repeat lower-level titles multiple times and often allowed little or no voice in writers room discussions.

“In addition, most of our writers rooms and the vast majority of writers rooms throughout the industry are still led by cisgender, heterosexual, able-bodied white men. The fact remains that they are the gatekeepers through whose lens the majority of TV stories are filtered.”

Although the COVID-19 pandemic has disrupted the economy and caused the unemployment rate to shoot up to 14 percent, Harvey said business still continues in Hollywood.

However, there can be a downside to this as showrunners might tend to lean on their friends instead of casting their net wide when it comes to hiring writers. Razack said underrepresented writers are making slow changes to the entertainment world, but it needs to be tracked so Hollywood can be held accountable.

“We need to mark this progress,” she said.

Mikki Kendall and L.L. McKinney are two writers of color who have managed to break into the comic book world, which is notorious for being dominated by white men. They’re the authors of Marvel’s Black Widow: Bad Blood, a new audio book.

Both of them have extensive writing backgrounds. Kendall has written both fiction and non-fiction. She has been published in The Guardian, The Washington Post and Essence. She also wrote Swords of Sorrow for Dynamite Comics, and Action Lab’s Princeless Charity series.

McKinney is the author of the A Blade So Black trilogy and the upcoming graphic novel Nubia, about Wonder Woman’s twin sister.

Their latest book focuses on Black Widow, a former Russian spy with superhuman powers, teaming up with the Winter Soldier to go on a hunt for their stolen blood. Both characters’ blood contains the Super Soldier serum, which endows them with superhuman abilities.

Both Kendall and McKinney are the first women to write for the character, which has brought some unique changes to the way she’s portrayed. Female comic book characters are notorious for being portrayed in a sexist manner and wearing ridiculously inappropriate outfits. (They’re often portrayed going into battle wearing thongs and stripper boots.) 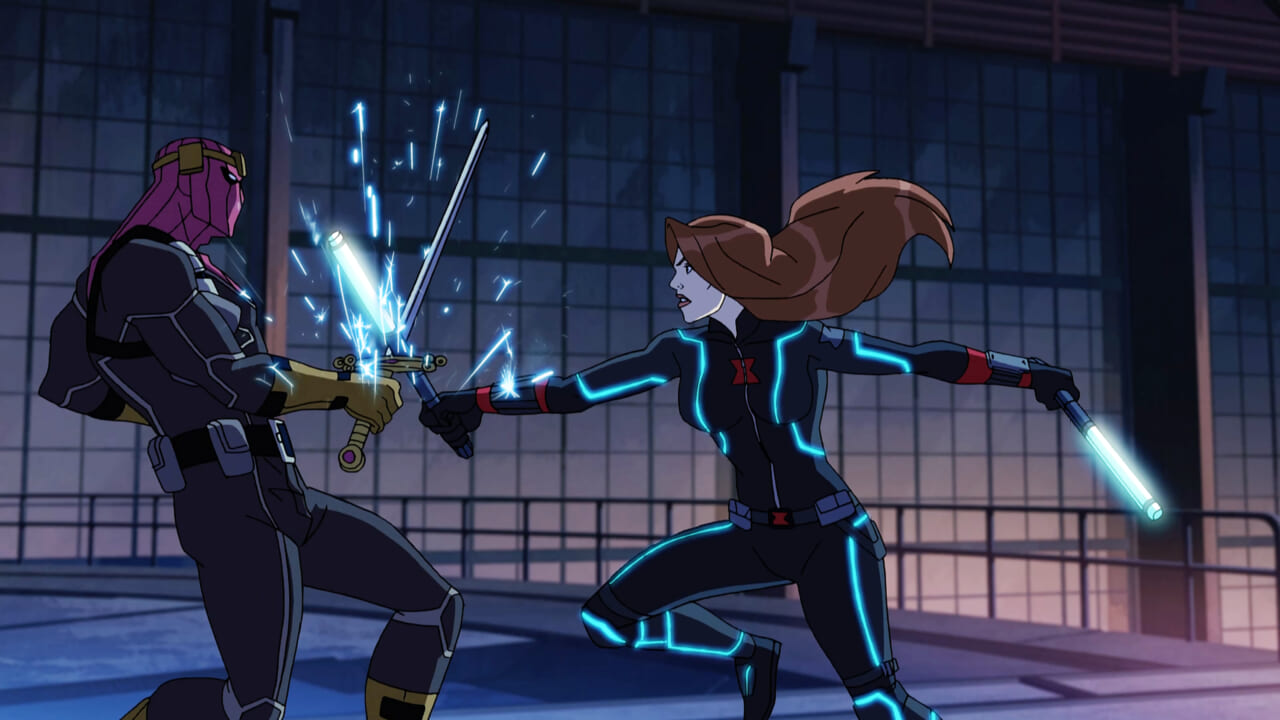 McKinney said they’re focused on the character wearing a more tactical outfit. The author, who comes from a publishing background, also shared that Black writers can often face some of the same issues as African-American writers in Hollywood.

Although there is a demand for diverse writers and characters, the industry can be reluctant to take a chance on something different. For example, Black Panther was a box office smash, making more than $1.3 billion worldwide. It had a Black director, Ryan Coogler, and featured a largely Black cast. But McKinney said that it was treated as a surprise hit.

“The people who made it didn’t think it was going to do well,” said McKinney. “They treated it like it was a miracle.”

Dayna Lynne North, a Kansas City native who moved out to Hollywood, has also run into the same issues some of the other writers talked about. A USC graduate, she’s written for Veronica Mars, Insecure, Switched at Birth and Lincoln Heights.

She has noticed improvements in diversity in Hollywood, but the change is happening painfully slowly.

“I do think the tectonic plates of power in Hollywood are shifting, but the adjustments are slow,” she said.  “And continuing the shift requires black artists and artists of color to stay focused on actively working to shift  — and disrupt — the status quo … We’ve gotta work in the system, work around the system, and work outside the system when necessary. I believe that is how we continue to move the needle.”

“The advantage of having my own independently-funded production company is freedom — and ideally the power of ownership, both creative and financial,” said North. “It means I have more autonomy over my voice, to develop and write the stories I’m passionate about — and to produce the work of other artists whose stories I want to highlight. Hopefully, that leads to a greater ability to expand our cultural conversations through art.”