Carter's 22 seasons are the most in league history, and he became the first NBA player to appear in four different decades

Tim Reynolds, Associated Press
Vince Carter #15 of the Atlanta Hawks gives a goodbye to the crowd as he exits the court during their game against the New York Knicks at Madison Square Garden on December 17, 2019 in New York City. (Photo by Emilee Chinn/Getty Images)

Vince Carter made his retirement official on Thursday, announcing on his podcast that his 22-year NBA career has come to an end.

The announcement was largely a formality because the 43-year-old Carter had said many times over the course of this season that this would be his last in the NBA. His 22 seasons are the most in league history, and he became the first NBA player to appear in four different decades.

Carter appeared in 1,541 NBA games, behind only Robert Parish (1,611) and Kareem Abdul-Jabbar (1,560) on the league’s all-time list. He started his career with Toronto, then played for New Jersey, Orlando, Phoenix, Dallas, Memphis, Sacramento and spent his final two seasons with Atlanta.

Carter’s first season was the 1998-99 campaign, which was shortened to 50 games because of labor strife. His final season was shortened by the coronavirus pandemic, and the Hawks will not be part of the 22 teams headed to the Disney complex near Orlando, Florida, next month for the planned resumption of NBA play.

The Hawks quickly lauded Carter for what he’s done, not just in two years with Atlanta but over the totality of his career. 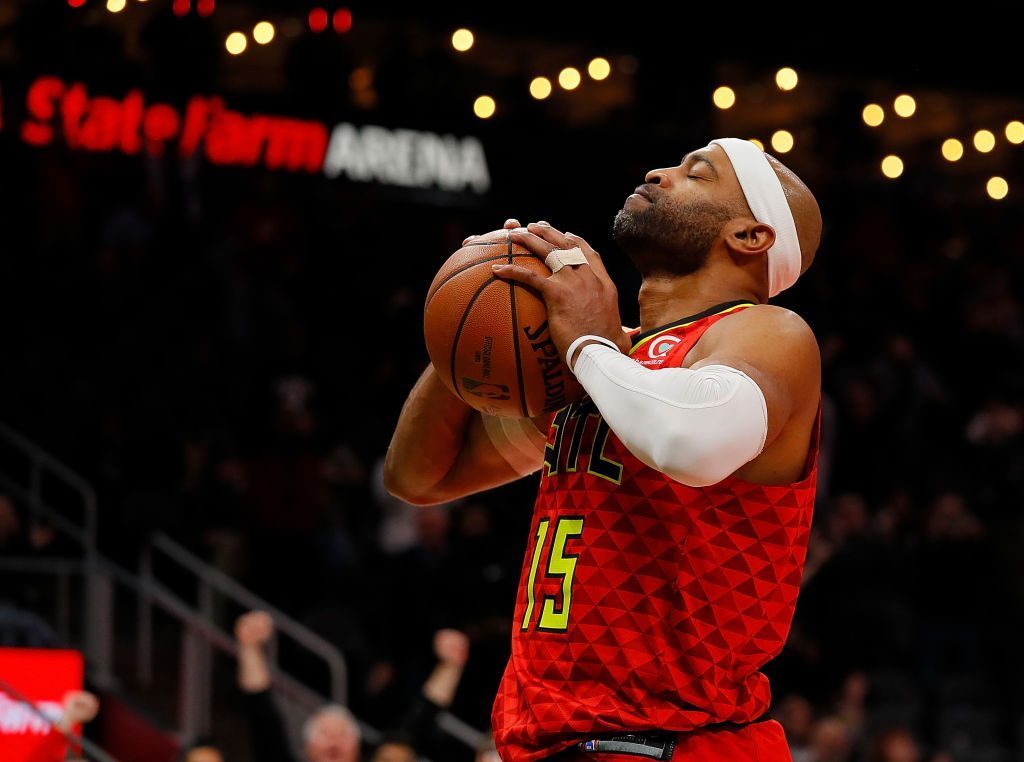 “Throughout his historic 22-year journey covering an unprecedented four different decades, his evolving career arc was perhaps like none other in league history — from Top 5 Draft Pick to Rookie of the Year to Slam Dunk Champion to superstar and eight-time All-Star to Twyman-Stokes Teammate of the Year and valuable role player,” the Hawks said in a statement.

Carter’s last game was March 11, a contest the Hawks lost at home in overtime to New York. By the time that game was winding down, the NBA already had announced that it was suspending the season at the conclusion of that night’s play after Utah center Rudy Gobert became the first player in the league known to test positive for the coronavirus.

The moment was not lost on Atlanta fans, who chanted “We want Vince!” repeatedly with 19.5 seconds left in overtime and with the Knicks’ victory clearly decided. Carter checked back into the game at that point, inbounded the ball to Trae Young, then trailed the play as the Hawks headed downcourt.

Young flipped the ball back to Carter, who took an uncontested 3-pointer. The shot went in, Carter threw his arms skyward, and the clock ran out on the game a few seconds later.

What many suspected would be the case that night became reality: The clock had run out on Carter’s career, too.

“There were times, probably in April, I was like, ‘Man, I wish this didn’t happen like that,’” Carter said. “And then, after a while, I was kind of like, ‘It is what it is.’ Once I was able to kind of put that aside and say: ‘Retire, Vince. You can go and golf now,’ it’s been easier.”

Carter was an eight-time All-Star selection, was rookie of the year in 1999, won the slam dunk contest in 2000 and helped USA Basketball win gold medals at the 2000 Sydney Olympics — highlighted by his dunk over 7-foot-2 French center Frederic Weis — and the 2003 FIBA Americas tournament. He played college basketball for three years at North Carolina.

Carter said he will still play the game of basketball — for fun. It has long been expected that television networks will pursue him as an analyst, something he’s dabbled in at NBA Summer League in recent years.