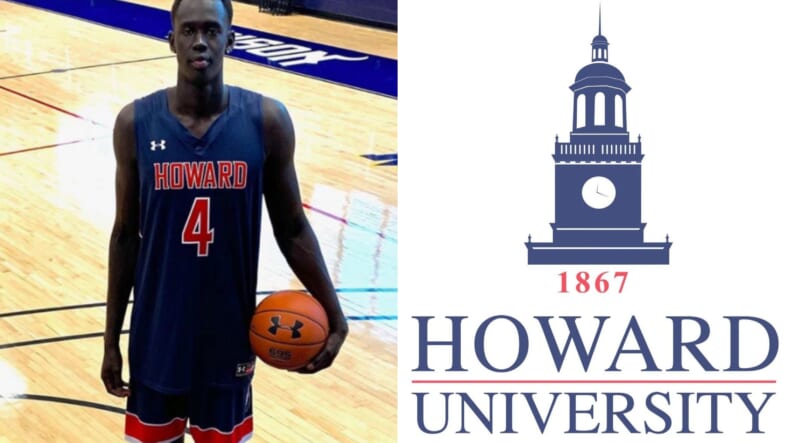 Five-star high school senior basketball recruit, Makur Maker, has committed to playing at Howard University. The decision makes him the highest-ranked college basketball prospect to ever commit to an HBCU.

“I need to make the HBCU movement real so that others will follow.” Maker wrote on Twitter. “I hope I inspire guys like Mikey Williams to join me on this journey. I am committing to Howard U & coach Kenny Blakeney.”

I was the 1st to announce my visit to Howard & other started to dream “what if”. I need to make the HBCU movement real so that others will follow. I hope I inspire guys like Mikey Williams to join me on this journey. I am committing to Howard U & coach Kenny Blakeney #MakerMob

Predictably, the response to the tweet has been mixed.

Congratulations!! Major move @BlackCollegeExp would definitely like to do an interview! You just moved the needle for HBCUs!

Other fans have chided Maker’s decision, with one fan even calling it “self-segregation.”

Maker visited the historic university last fall at the same time as another five-star player, Josh Christopher — who ultimately chose Arizona State. During the visit, his guardian explains that the 6-foot-11 player felt a sense of “community.”

“On the visit at Howard, that was the main difference.” Ed Smith, Maker’s guardian, told ESPN, “Just for me on the outside looking in, he’s part of the fabric. You’re not just the athlete or the Black athlete.”

Maker is the cousin of Detroit Pistons forward, Thon Maker. The teenager moved from Kenya to Australia, then California in 2015. He has also entered himself in the 2020 NBA Draft, however, sources say that he would likely withdraw himself if not chosen in the first round.

If Maker is recruited by the NBA after playing at Howard, he would be the first since 2012, when Kyle O’Quinn of the Philadelphia 76ers was recruited from Norfolk State.

Howard University was founded in 1867. It was ranked second on the U.S. News and World Reports list of Historically Black Colleges and Universities behind Spelman College. Howard’s athletic teams play in the NCAA Division I.

The illustrious university recently announced that it was canceling its legendary homecoming due to the coronavirus pandemic.