Governor DeSantis has said that he thinks Floridians 'became complacent,' after the virus was no longer the top story in the news 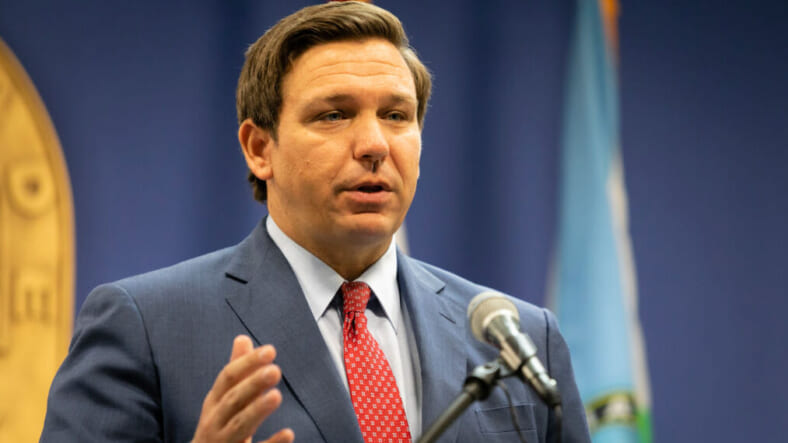 COVID-19 continues to surge in Florida. The Sunshine State has set a new daily record for new positive coronavirus cases on Thursday with 10,109.

Gov. Ron DeSantis met with Vice President Mike Pence on Thursday and speaking to reporters afterward, Pence praised the governor. “It’s not an either or choice,” Pence said. “The economic comeback that’s underway is a demonstration that we don’t have to choose between opening America and the health of our people. We can do both.”

According to The Tampa Bay Times, Pence said, “We really do believe that because we’re in such a better place today … the people of Florida can rest easy.”

Florida was among the earliest states to begin reopening after the nationwide lockdown due to the pandemic was declared. The state rolled out phase one of its plan in late April. Since then, the virus has continued to surge across the state.

In speaking to reporters, DeSantis has said that he thinks Floridians “became complacent,” after the virus was no longer the top story in the news. However, Democrats believe that DeSantis should have shut the state down sooner and should have stayed shut longer.

“We needed at the beginning to hit this virus with a hammer, to starve it all the way down,” Democratic U.S. Rep Donna Shalala told NPR. “We didn’t do the right thing in the beginning, and now we’re trying to play catch-up.”

DeSantis has refused to mandate mask-wearing across the state leaving the decision to local leadership. Jacksonville, where the Republican National Convention is set to take place in August, recently enacted mandatory face-coverings.