The Wuestenberg’s were arraigned on Thursday, released on a $50,000 bond and had to surrender all of their firearms 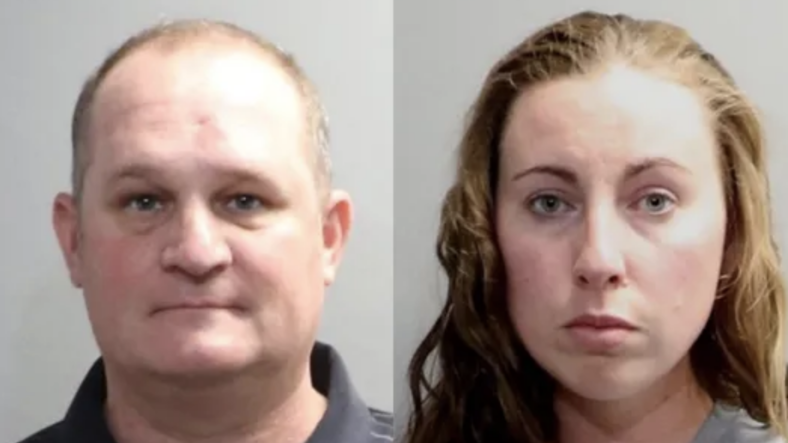 The Michigan ‘Karen’ who pointed a gun at a Black woman and her daughters outside of a Chipotle restaurant, and her husband, have been arrested.

Jillian Wuestenberg, 32, and Eric Wuestenberg, 42, were charged Thursday with felonious assault, Oakland County Prosecutor Jessica Cooper said in a release. “It is an unfortunate set of circumstances that tempers run high over, basically, not much of an incident,” Cooper said of the initial alleged spark that caused the confrontation.

READ MORE: Michigan ‘Karen’ points gun at Black woman: ‘Get the f–k back’

The incident occurred Weds, Jul 1 in Orion Township, Michigan where Takelia Hill was picking up dinner with her daughter, Makayla Green.

Hill stated that the woman and her white male driver aggressively backed their minivan up. Feeling threatened, she hit on their back window. It was then that the woman emerged from the car pointing a pistol at the family.

Hill said that the incident has traumatized her family. In addition to Makayla, Hill’s other daughters were inside the family’s car.

Orion Karen with a Gun (Screenshot)

Oakland County Sheriff Michael Bouchard told reporters that the couple is from Independence Township and both have concealed pistol licenses. Deputies seized two handguns from the couple after they were detained Wednesday night following the encounter.

Bouchard said that in these times of tension that as Americans to be more patient with one another. “I would just say this,” Bouchard began, “we are asking and expect our police — and rightfully so — to deescalate every situation they possibly can, and we should be doing that.”

The sheriff continued, “But I would say that needs to happen with us individually in our own lives and situations, that we interact with each other and deescalate those moments.”

The Wuestenberg’s were arraigned on Thursday and released on a $50,000 bond. As a part of their bond agreement, they must surrender all of their firearms.