The actor believes the BLM movement and anti-police brutality protests are in response to a system 'that is trained to treat Black life differently.' 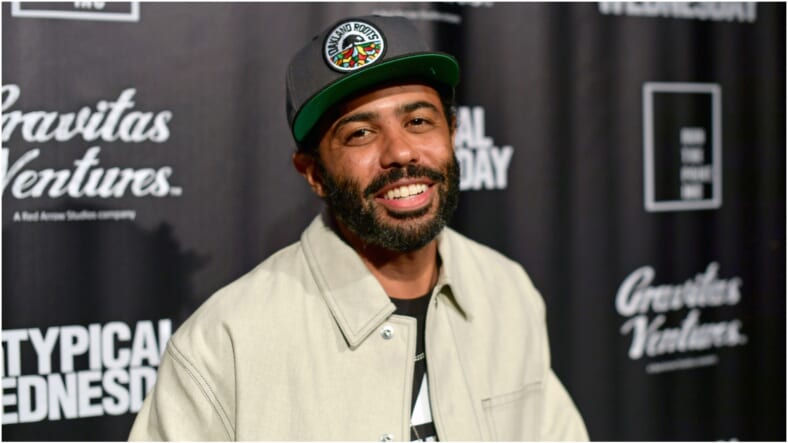 Actor Daveed Diggs is calling on Black Americans to examine the meaning of Independence Day as we celebrate the 4th of July holiday.

“What to my people is the Fourth of July?” the Hamilton star asks in a video that depicts historical images of slaves compared with visuals of some of the violence that has erupted at nationwide protests over police brutality and racial injustice.

Inspired by Fredrick Douglass’ 1852 speech What to the Slave is the Fourth of July?, Diggs recites in the clip “My people who are failed every day by every country … terrorized by fire … we have cried salt baths for our kids.”

The Oakland-born artist and activist hit up CBS This Morning to discuss the video and Douglass’ powerful message. He told host Gayle King the speech captures “the desire to hold America accountable.”

Watch his 4th of July message via the clip below.

During his conversation with King, Diggs recalled his emotions the first time he read Douglass’ words.

“I had the opportunity to play Frederick Douglass for an upcoming piece for Showtime called The Good Lord Bird, and as part of that performance, I performed excerpts from the Fourth of July — from his “What to the Slave is the Fourth of July” speech,” he explained.

“And so I remember the first time I read that speech and how poignant and how contemporary, really, a lot of the points still felt 170 years later… modernizing it, I jumped at the opportunity. And what they came up with was brilliant,” Diggs continued.

He went on to note that the message “manages to capture a lot of the feeling of the moment and a lot of the desire to hold America accountable, and to keep those kind of discussions going beyond just the moment that we’re in.”

Diggs then recalled his own experiences with law enforcement, and one specific encounter before he moved to Los Angeles to perform in Hamilton.

“I got snatched off of my bicycle by police officers and thrown up against a fence because I fit a description,” he said.

He previously told The Guardian that his Jewish mother and Black father warned him early on that police would treat him differently than many of his peers.

“Between the ages of 22 and 25, I got pulled over maybe almost 40-something times, never got a ticket,” he shared with King.

Diggs believes the Black Lives Matter movement and anti-police brutality demonstrators are in response to a system “that is trained to treat Black life differently.”

Do you agree? Sound off in the comments below.