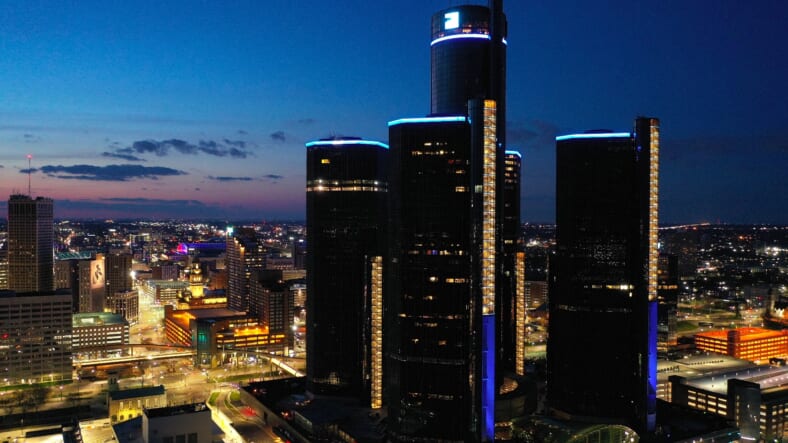 Detroit has the highest percentage of Black or African-American people, according to the U.S. Census Bureau, and activists in the city say that racist facial recognition software is hurting the population disproportionately.

In 2017, Detroit signed a contract with DataWorks, a software company that specializes in facial recognition software. The contract is now up for renewal after a month-long delay, but many are saying that continued expansion of this software could do much more harm than good.

Since 2017, DataWorks has installed about 700 facial recognition cameras across the city and the new system has not directly impacted the crime rate, according to CNET.

READ MORE: Black and brown faces not so recognizable to facial-recognition technology

Earlier this year, Robert Williams, 42, was arrested in front of his children for robbery charges. DataWork’s software matched Williams’ face to another man’s records. He was held for 30 hours and eventually released on bail, according to The New York Times.

Williams and the ACLU have now filed a complaint against the Detroit Police Department and are demanding they stop using the software.

Robert Williams was handcuffed and hauled away by Detroit police in front of his wife and young girls because of a false face recognition match. Facial recognition is inherently racist technology that has no place in our communities. https://t.co/POYBFMDRMB pic.twitter.com/LYMMCgUPJt

Since the murder of George Floyd, there has been a national outcry to prohibit facial recognition for all police departments across the nation.

The software has been cited as another instance of the police misusing their power. Amazon, IBM and Microsoft have stopped providing the police with facial recognition software.

Many independent entities have conducted studies about facial recognition, and the current technology has been shown to be riddled with racial and gender bias. The technology is more likely to make recognition mistakes with Black people, according to The New York Times.

CCTV cameras using facial-recognition systems at King’s Cross in London, England are to be investigated by the UK’s data-protection watchdog after a report by the Financial Times. (Photo by Dan Kitwood/Getty Images)

“Even the manufacturers of this technology are pulling back and rethinking things, and we’re renewing. It makes absolutely no sense,” said Tawana Petty, director of the Data Justice Program for the Detroit Community Technology Project. “In the Blackest city in America, while the rest of the world is crying racial injustice and asking for overhaul, we’re doubling down.”

Activists are proposing that the hundreds of thousands of dollars given to DataWorks be reallocated to community resources.