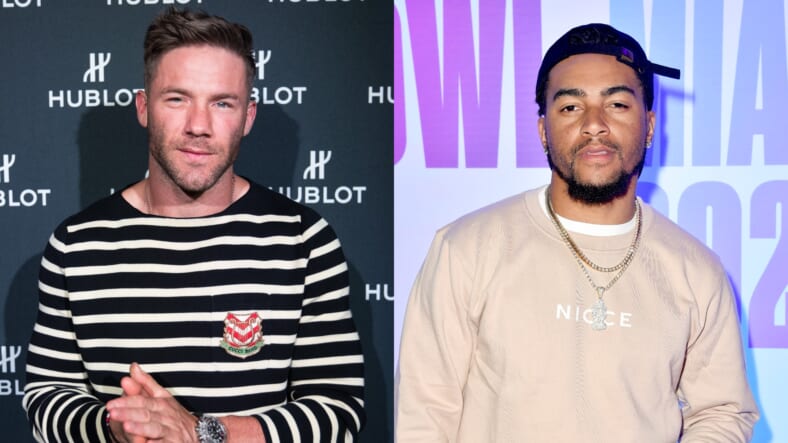 In an Instagram post, he quoted Hitler saying that “Negroes are the true children of Israel.” Problem is, among many, that Hilter never said any such thing. Jackson also quoted Minister Louis Farrakhan, who has made anti-Semitic comments in his speeches for years.

Jackson soon realized he’d erred after a huge backlash and apologized via his Instagram account, saying he harbored no racist feelings toward the Jewish population.

As reported by EaglesWire, Edelman reached out to Jackson via social media saying he’d take Jackson to the National Holocaust Memorial Museum and would also welcome Jackson taking him to the National Museum of African-American History and Culture. Both museums are in Washington, D.C.

“I wanted to take some time before I responded because it’s a complicated issue,” Edelman said in the video he posted to his Twitter page.

“I’ve seen DeSean make outstanding plays in his football career and we’ve communicated over social media. I’ve got nothing but respect for his game. I. know he said some ugly things but I do see an opportunity to have a conversation. I’m proud of my Jewish heritage and to me, it’ s not just about religion. It’s about community and culture as well.”

He went on to say that anti-Semitism is rooted in “ignorance and fear” and that he once experienced being called a Jewish slur on the field.

He also expressed support for the Black Lives Matter movement, saying that “It’s really hard to see the challenges that a community can face when you’re not part of it. So what we need to do listen, we need to learn, we need to act. We need to have those uncomfortable conversations if we’re going to have real change.”

No word yet on whether Jackson will take Edelman up on the offer. Though the Eagles denounced the Los Angeles native’s posts, they have yet to share any disciplinary action. Both the Eagles owner Jeffrey Lurie and their GM, Howie Roseman are Jewish.

Jackson played just three games for the Eagles last season after a groin injury. Although his age and his recovery from injury might factor in any decisions the team makes, the Eagles struggled at the wide receiver position last year.

Former San Francisco 49’ers wide receiver Marquise Goodwin, 29, was signed to shore up the receiving ranks, although he, too was limited by injury last season. He also found his way into the controversy by posting on Jackson’s page that he wished people responded to BLM issues the same way they did Jewish ones.