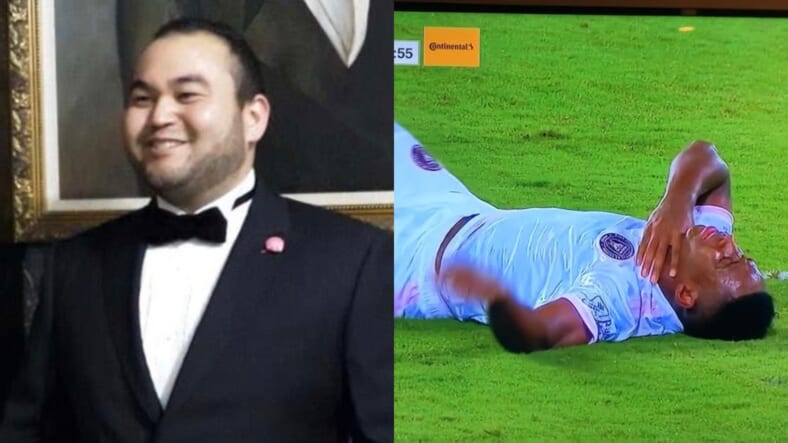 While fans are celebrating the fact that major league soccer has returned, already there’s controversy. Fortunately, though it’s not a COVID-19 related one. But unfortunately for soccer writer Drew Pells, an insensitive tweet has left him one media credential short.

Read More: Black Players for Change lead protest at MLS is Back tourney

As per Itsgame7, Columbian soccer player Andrés Reyes was taken off the field on a stretcher Wednesday night in a game between Orlando City FC and Inter Miami in the MLS ‘bubble’ in Orlando, with what looked like a throat injury.

In a tweet, Vavel USA writer Pells opined that the injury looked like a real ‘I can’t breathe’ moment, not one “manufactured by the media.”

Vavel quickly let Pells know his career with the site was over, referring to other problematic tweets the journalist had made that they’d already had a discussion about.

Pells took the firing in stride saying that he’d made more money after the tweet than before and that as an Asian Jew and an immigrant, he’d seen more than his fair share of discrimination.

And he boasted that the controversy had not hurt him but had actually helped give him a financial boost.

Most importantly though, Reyes is OK, and is resting comfortably, says the Miami Herald. He will have to remain in isolation, though after leaving the pro soccer ‘bubble.’

Major League Soccer has resumed in Orlando prior to the NBA, MLB, and WNBA seasons resuming, all of whom will play in some kind of restricted environment with COVID-19 protocols in place.

Of the 1,888 players, coaches, referees and staff down in Orlando so far, only four players from two teams have tested positive for the coronavirus. However, FC Dallas has left the restarted league as they had 10 players and one staffer test positive for the virus reports ESPN.