Despite some players testing positive for COVID-19, the MLB is expected to resume 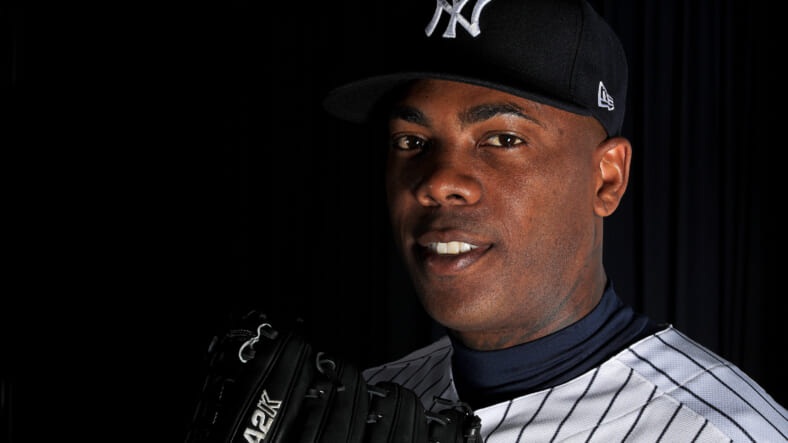 Aroldis Chapman #54 of the New York Yankees poses for a portrait during photo day on February 20, 2020 in Tampa, Florida. (Photo by Mike Ehrmann/Getty Images)

Afro-Cuban pitcher Aroldis Chapman has COVID-19, and it is unclear if he will ever play again.

One of the New York Yankees’ prominent pitchers, and one of the fastest pitchers in Major League Baseball history, Aroldis Chapman, 32, is out of the game according to the organization’s manager, Aaron Boone.

READ MORE: Ian Desmond calls out MLB for racism as he opts out of 2020 season

Boone, however, has decline to answer specific questions about Chapman’s health.

The Daily News reports that Chapman passed the league’s intake screening for the coronavirus on July 1, which could imply that his contracted the dieases as early as last Thursday, the Yankees last test.

Boone seems to be unfazed.

READ MORE: A long-overdue ‘Tip of the Cap’ to baseball’s Black pioneers

Aaron Hicks, a center fielder for the Yankees, joined Boone’s Zoom call and reacted to the news.

“It’s tough especially when it comes to a teammate of yours they just test positive,” said Hicks, who like Chapman, joined the Yankees in 2016. “But you know, it just proves how safe we gotta be within our little bubble.”

The MLB is expected to have its 2020 season with a shorter schedule, The Associated Press reported. The opening game starts with the match between Yankees and last year’s World Series champion, Washington Nationals.

As theGrio previously reported, infielder and outfielder for the Colorado Rockies Ian Desmond has chosen to opt-out of the 2020 season and called out the MLB for their lack of diversity.