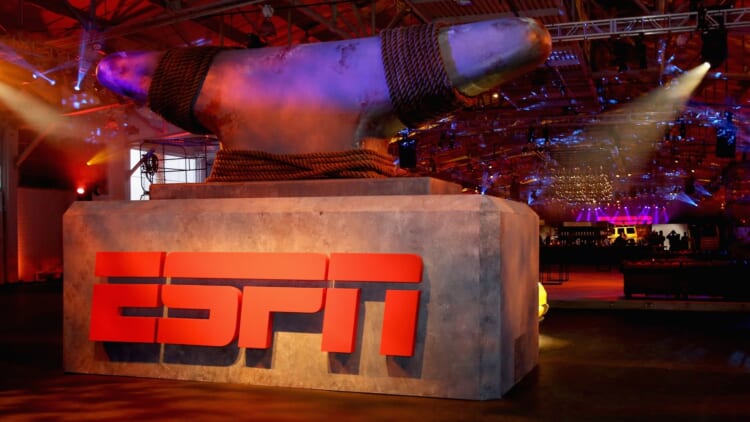 ESPN has struggled in recent years with the advent of streaming leading to cord-cutters who no longer pay for basic cable packages where the channel was ubiquitous.

But that hasn’t helped the network known as the sports leader to embrace diversity. In a New York Times article this week, several present and past employees say that despite the racial makeup of the nation’s two sports leagues – the NFL and the NBA– the network’s leadership is still mostly white males.

The faces of the network are often Black ones – from Stephen A. Smith, now the network’s most recognizable talking head to former player Jalen Rose, longtime anchor Sage Steele and up-and-coming talent Maria Taylor.

But it is also the network that likely derailed the ESPN careers of once star personalities Jemele Hill and Michael Smith. They both departed the network under controversy and potentially underused Cari Champion, who left the network earlier this year.

The issue, according to the Times report, is that behind the scenes, most decision making is done by white males who are considered as the major viewers of the network.

Taylor told The Times that summed up how Blacks were treated at the company.

“It was such a slap in the face,” Taylor said in an interview. “When I was in it, that was horrible. But now, looking back, it was an awakening moment. This is part of our culture. There are people that feel this way.”

LaMont responded by saying that he was just telling his wife what the call was about and didn’t mean to derail it, saying he was “moved and saddened” by the stories that were told and “didn’t mean to demean it.”

But stories abound of an environment that failed to promote Blacks with more experience over whites or failed to retain Black talent.

“There are certain things that should have been done years ago,” Stephen A. told the Times, acknowledging that the executives who oversee coverage of the three major sports – the NFL, NBA and major league baseball are all white.

“There are a plethora of people that have come through ESPN that I thought could do some very positive things for ESPN about that bottom line. They happened to be Black, and I don’t believe they have been put in those positions.”

Champion worked at the network for eight years, anchoring several shows over the course of her time there. She describes an atmosphere of subtle and overt racism that she says was carried out by one of the channel’s executives Jill Frederickson, who was her immediate supervisor.

“Microaggressions and dog whistle words,” Champion says of her experience. Frederickson says she had no idea that Champion’s departure was anything but amicable.

Though ESPN does have an acknowledged diversity issue behind the scenes one that the current president Jimmy Pitaro says he wants to improve upon, according to the Times, Hill and Michael Smith’s situation is one cited by observers as an indication of the network’s changing position on racial issues.

Hill and Michael first hosted His and Hers and their rapport led them to be tapped to host the flagship prime-time show, Sportscenter, which was remade to include more of the intersection between sports and culture. Ratings and responses were mixed.

“Pretty quickly, that was a show that people internally criticized,” former ESPN president John Skipper told the Times. “We had plenty of times where we had shows that didn’t work with nondiverse talent on them, and people never said, ‘You went too far with those two white guys.’”

In 2017, Hill then found herself in hot water for her personal tweets.

She first tweeted that President Donald Trump was a white supremacist and then said boycotting Dallas Cowboys advertisers was an option if her followers didn’t agree with owner Jerry Jones‘ policy prohibiting players from joining anthem protests. Hill was first suspended, for violating the network’s social media policy, then left the network.

ESPN does hire more Black, Latino and female correspondents, sports editors and columnists than just about anyone else, says a report the Times cited. The Undefeated portal is one of the few websites dedicated to sports with a predominantly Black staff, which includes its editor-in-chief, Kevin Merida.

PItaro pledges to do better.

“We cannot have rooms full of just white decision makers,” he said to the Times. “Our execs and employees need to reflect the audience that we are trying to reach.”