Making the case for national civilian oversight of police

OPINION: On the sixth anniversary of Eric Garner's death, there’s one major step that everyone who cares about police accountability ought to pursue

In recent weeks, following the tragic deaths of George Floyd, Rayshard Brooks, Breonna Taylor, and Ahmaud Arbery, so many family members, friends, colleagues, and even strangers have asked me the same question: “What can I do?”

The answer goes beyond any one action step for any one person or institution. Addressing the systemic racism, injustice, and inequities that exist in and outside of this country is a multi-faceted endeavor.

But there’s one major step that everyone who cares about police accountability ought to pursue: advocating for independent, impartial civilian oversight of police.

Broadcast news, newspapers, magazines, and social media all are inundated with painful images of police violence against Black people. Body cameras and cell phones now make it possible to capture the atrocities we have long known to be all too common in our communities.

While seeing such footage is distressing for all of us, it also means there’s more evidence of police misconduct than ever before. We need to push our governments to put that evidence to use by establishing civilian review boards that can independently investigate law enforcement’s behavior, pursue discipline when necessary, and ensure transparency.

In addition to examining individual cases, these boards can play an invaluable role in recommending policy changes to move us toward better policing.

In New York City, the Civilian Complaint Review Board (CCRB) relentlessly sought justice for Eric Garner until Daniel Pantaleo, the officer who caused his death, was fired from the New York City Police Department.

Garner’s death in New York on July 17, 2014 juxtaposed with George Floyd’s death on May 25, 2020 – both of them pleading “I can’t breathe” in their final moments – reminds us that modern technology in and of itself isn’t the answer.

History has shown us, time and time again, that more training alone isn’t the remedy, either. Training without accountability fails to curb misconduct or usher in the culture change that the community yearns for and so desperately needs. Civilian review boards are a necessary part of the formula.

When we look to our criminal courts, accountability for Black and Brown people, if it exists, is rare. For five years, Garner’s family, the City of New York, and so many around the world who watched Garner die on video waited in vain for the criminal justice system to deliver.

Four months after Garner’s death, the Richmond County District Attorney’s Office failed to secure an indictment. Five years and two days after Garner’s death – in 2019 – the U.S. Justice Department brought its federal civil rights investigation to a close and dropped the case.

But two years earlier, in August 2017, the CCRB – the nation’s largest independent civilian oversight entity and the only one with the power to administratively prosecute police officers for misconduct – stopped waiting and took action, voting to recommend administrative charges against Pantaleo for misconduct.

In the Spring of 2019, the CCRB finally was able to independently prosecute the case and prove that Pantaleo’s misconduct warranted termination from the NYPD. Herein lies the power of civilian oversight. Without the work of our civilian review board, Pantaleo would still be on the force today.

New York’s independent all-civilian police review board has its roots in the Tompkins Square Park riot, a period of civil unrest in 1988 not unlike what we’ve seen recently. After witnessing police brutality against unarmed civilians on video, New Yorkers called on elected officials to act. City Council leadership and Mayor David Dinkins – the city’s only African American mayor – answered the call.

Today, the 15-member board, led by a reverend, is made up of civilians with diverse professional backgrounds, including non-profit, organizing, health care, law, business, government, and law enforcement, to name a few. Its diversity reflects the rich cultural, ethnic, geographic and ideological diversity of New York City.

Activists and officials in this country and countries abroad, like Ireland, Ethiopia, and Mexico, have met with the CCRB to learn more about its work, replicate it in their own jurisdictions, and strengthen a global movement for more police accountability.

This is not a moment to stand still. Each one of us, as we ask “What can I do?” has the power to yield change right now. You don’t have to be a lawyer, a judge, a politician, or an activist to usher in change.

All you need is faith that better is possible and the will to do the work. That work can be as simple as contacting your representatives in government and letting them know that a strong civilian review board with subpoena power must be a priority in your community.

Time and time again, we have seen the status quo fail. All-civilian review boards may not be a panacea, but they are a part of the solution. It’s on all of us to make them a reality nationwide. 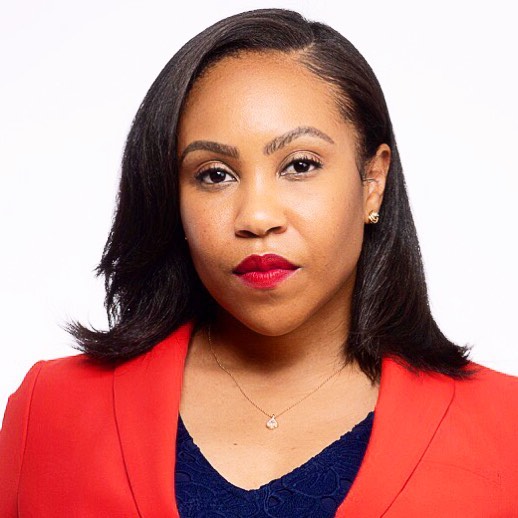 Jerika L. Richardson is Senior Advisor and Secretary to the Board at the New York City Civilian Complaint Review Board.