Crying over the loss of Eric, killed by then-officer Daniel Pantaleo when the lovable giant got placed in a chokehold, Esaw Garner Snipes is in mourning after many years.

In a new TV special set to air on the REELZ network, Garner Snipes, Eric’s widow, is seen sobbing in a mock testimonial trial as it is difficult for her to describe how her husband got killed.

Pantaleo, nor the police involved in the chokehold, was put on trial, leaving some feeling like there was no justice for his family. 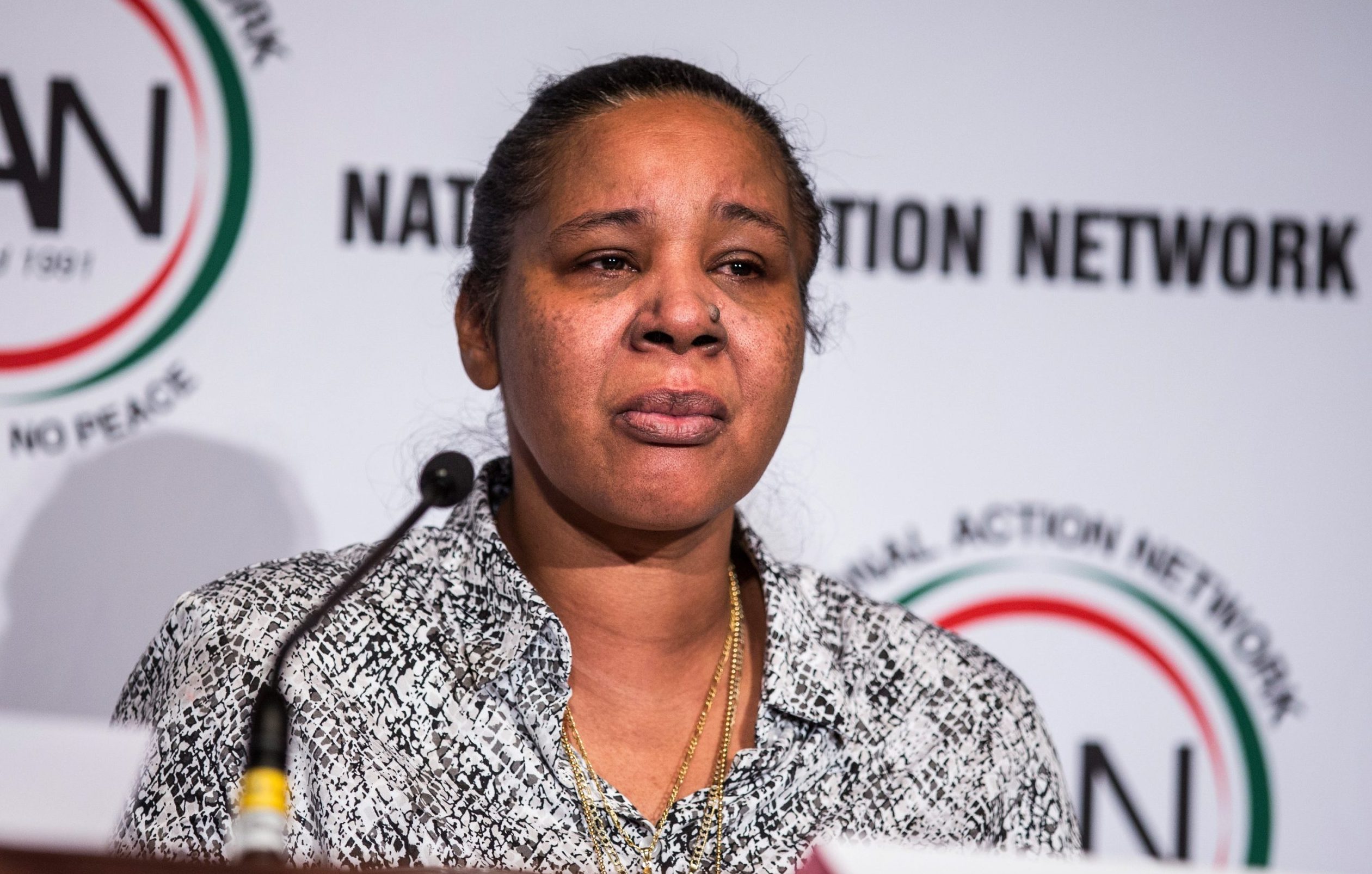 Esaw Snipes, wife of Eric Garner- who was killed by a police chokehold – speaks on a panel titled “The Impact of Police Brutality – The Victims Speak” at the National Action Network (NAN) national convention on April 8, 2015 in New York City. (Photo by Andrew Burton/Getty Images)

The televised mock trial gives viewers some insight into how the prosecution for the death of Eric would have looked like.

“I didn’t know it would be like that,” Garner Snipes said via TMZ. ” The reality of it just hit me after four years.”

“I never really got the chance to grieve because they pulled me into the spotlight, like, almost immediately. I had to put on a front for the world and be this strong person.”

Garner Snipes also lost her daughter she shared with Eric, Erica Garner, 27, in December 2017 due to a sudden heart attack triggered by her asthma attack, theGrio previously reported.

The REELZ channel has setup a courtroom, a judge, lawyers, and witnesses, giving the impression that Garner Snipes is about to testify. 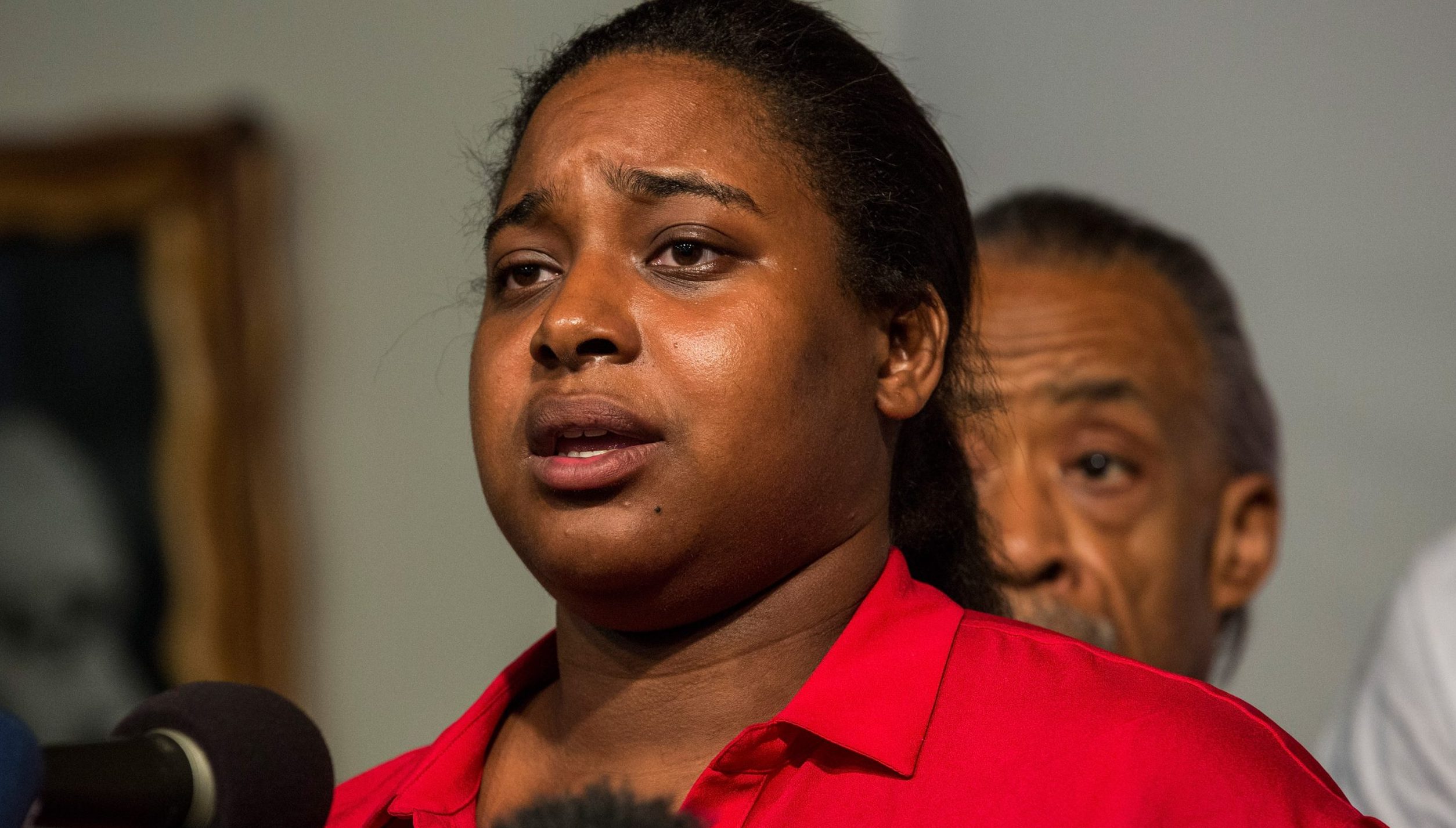 Erica Garner, Eric Garner’s daughter, attends a press conference held with her familiy members and the Reverand Al Sharpton calling for further justice and legal action against the police officers responsible in the death of Eric Garner on July 14, 2015 in New York City. (Photo by Andrew Burton/Getty Images)

In recent events, George Floyd, another victim of police brutality, is being compared to Eric.

Both Black men, suffocated to death by officers, have brought attention to how important it is when a suspect states, “I can’t breathe.”

Unlike Eric, however, the death of Floyd, alongside Rayshard Brooks, who killed by two Atlanta officers, is set to have an imminent trial.

Breonna Taylor who shot and killed by a police officer inside of her Louisville, Kentucky house might get her case put on trial as charges are being looked into, theGrio previously reported.

American Trial: The Eric Garner Story will air on REELZ Saturday at 8 p.m.