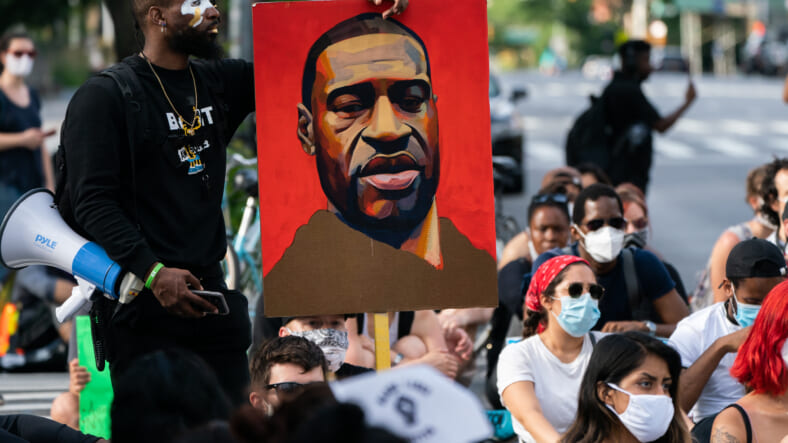 Lawmakers in Minnesota passed a police reform bill two months after the death of George Floyd led to nationwide protests and civil unrest.

The Minnesota Police Accountability Act which was written by State Rep. Carlos Mariani (D) passed on Tuesday, the Huff Post reported. The bill will ban chokeholds statewide, neck restraints, and “warrior-style” police training. It will also require that officers intervene if unreasonable force is used by another officer. Centralizing data on police misconduct is included as well.

Democratic Gov. Tim Waltz is expected to sign the bill and the provisions are expected to go into effect August 1.

“Today, we’re beginning to make the overdue changes Minnesotans have been demanding to help ensure no more lives are lost due to police violence,” Mariani said in a statement that referenced Floyd’s May 25 death.

Philando Castile’s death in 2016 at the hands of a Minnesota officer was also referenced.

“It wasn’t safe for George Floyd or for Philando Castile, and they deserved a better way to police that builds community,” Mariani said.

The passage of the reform bill is in response to the anger that resulted following Floyd’s death on Memorial Day. He died in police custody after now-former Minneapolis officer Derek Chauvin placed a knee on his neck for more than eight minutes. His dying words were that he couldn’t breathe as the officers looked on and bystanders demanded help as he lost consciousness.

All the officers involved were fired and charged in the ultimately deadly detainment of Floyd. Chauvin’s charges were upgraded to second-degree degree. Tou Thao, J. Alexander Kueng, and Thomas Lane were charged with aiding and abetting second-degree murder.

Officers who were not involved in Floyd’s death have felt the backlash of what occurred that fateful day in day. The New York Times reported that 200 officers have applied to leave the Minneapolis Police Department.

Some officers say they no longer felt appreciated for their work or were afraid that their efforts at restraining suspects would get them in trouble.

“It’s almost like a nuclear bomb hit the city, and the people who didn’t perish are standing around,” Rich Walker Sr., a 16-year Minneapolis police veteran and union official, told The New York Times of the current atmosphere in his department. “I’m still surprised that we’ve got cops showing up to work, to be honest.”