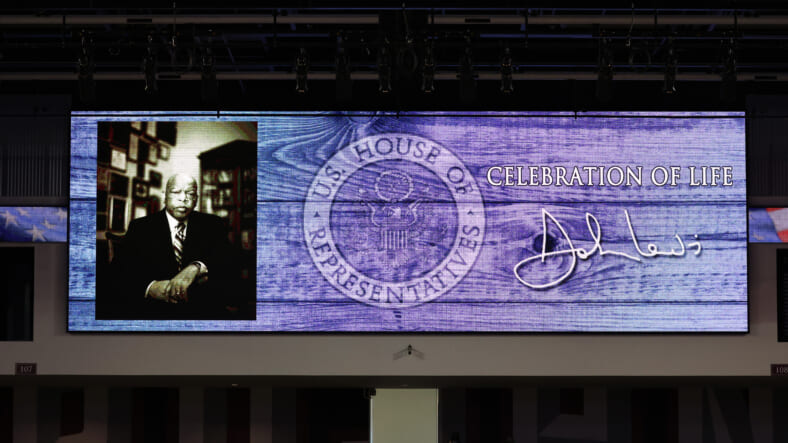 Lawmaker and civil rights icon, Congressman John Lewis, will be laid to rest on Thursday, but there are six events planned before then to memorialize his legacy.

The six-day, five-city tour of the most influential places in Congressman Lewis’ life began today. These places were said to have shaped American society as we know it.

Congressman Lewis represented Georgia’s 5th Congressional district for more than three decades but it’s his work as an activist that really pushed him onto the national stage.

Congressman Lewis began his career alongside Dr. Martin Luther King Jr. He participated in lunch counter sit-ins, joined the Freedom Riders in challenging segregated buses, and at the age of 23, was a keynote speaker at the historic 1963 March on Washington.

The events with began today in Troy, Alabama with, “The Boy from Troy”, a service celebrating Lewis’ life and the place where Lewis grew up.

On Sunday, Lewis’ memorial will travel to Selma and Montgomery, Alabama, via a ceremonial procession on the Edmund Pettus Bridge, followed by a receiving ceremony.

A special ceremony and a formal lying in state will be held on Monday in Washington D.C.

A final two-day ceremony will be held in Atlanta, Georgia. On Wednesday, there will be a formal lying in state and Lewis’ fraternity, Phi Beta Sigma, will hold a service.

On Thursday, there will be a final celebration of life and interment.

READ MORE: BET to pay tribute to John Lewis with special ‘In His Own Words’

For those who cannot attend events in person, Lewis’ family is encouraging people to celebrate his life virtually.

People can post virtual tributes to Lewis on social media and be apart of the “John Lewis Virtual Love Events” by watching the ceremonies and tying a blue or purple ribbon to their front doors.