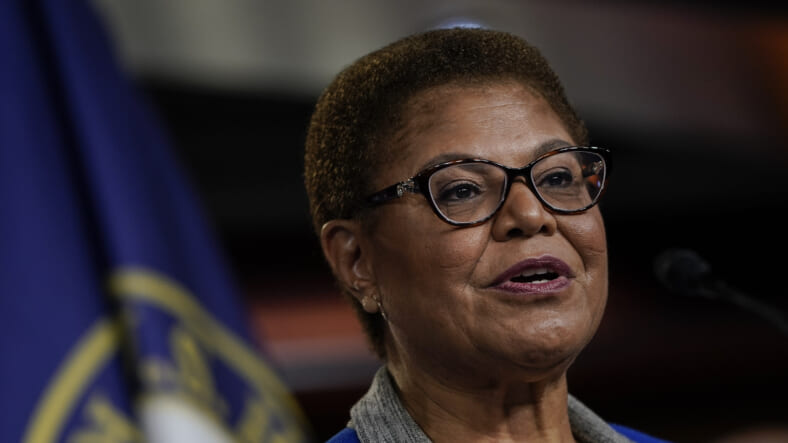 Congresswoman Karen Bass (D-Ca.) may not be well-known in the public eye, but she has caught the attention of the Joe Biden campaign.

According to Politico, she is being vetted as a possible vice president selection for the presumptive Democratic nominee for the 2020 election.

Bass, who represents California’s 37th district and heads the Congressional Black Caucus, has been interviewed by Biden representatives. She is the latest in a handful of women of color being considered to be the former vice president’s running mate. Other politicians include Kamala Harris, the U.S. senator from California, Susan Rice, national security advisor in the Obama administration, and Stacey Abrams, the Democratic nominee for Georiga governor in 2018.

Bass is a life-long resident of Los Angeles and is in her fifth term as a representative from The Golden State. The Biden campaign’s interest in her may draw from her long time commitment to fight racism and advocate for health care.

A former nurse and clinical instructor at the University of Southern California, Bass is the chair of Subcommittee on Africa, Global Health, Global Human Rights and International Organizations as part of the House Committee on Foreign Affairs, according to her bio on the House web page.

In 2008, she became the first Black American woman to be elected as a California Assembly Speaker. Before entering the political arena in 2004, Bass formed the Community Coalition in 1990 to combat the crack-cocaine epidemic and rising gang violence in Los Angeles.

“The reason she’s gone from a name bandied about to a serious contender is because the more you look at her, the more you realize what a perfect choice for the time she is,” Villaraigosa told Politico.

Fellow U.S. Rep. Ro Khanna, D-Calif., stated he has “tremendous respect” for Bass and would support her being selected as Biden’s running mate. Khanna also said that Bass is “seen as a leader on foreign policy, on health care, on racial justice and issues of working families.”