Susan Rice moving to the forefront of Biden VP race

Rice has long been involved in politics and worked on the presidential campaign of Michael Dukakis in 1988. 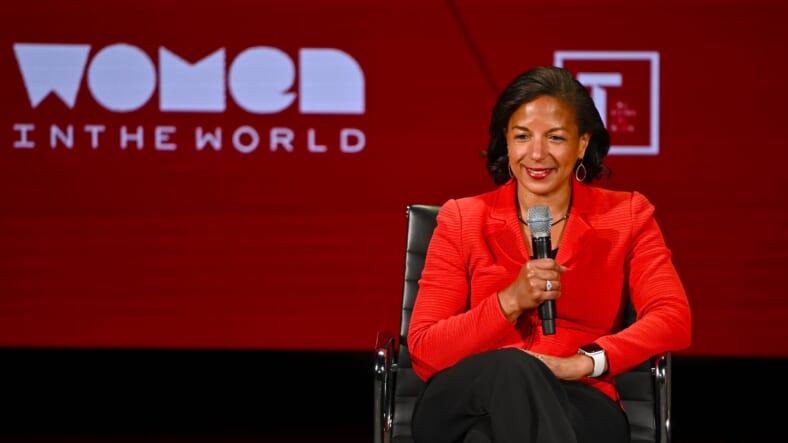 Former Obama National Security Adviser, Susan Rice, is moving up the ranks in the race to be the Vice-Presidential pick for Joe Biden’s 2020 election campaign.

Sources say that Rice and Biden’s chemistry is a big factor in her consideration.

“I know they have a good relationship — perhaps the best relationship of anyone on the list,” a source close to the Biden campaign told The Hill. “They’ve known each other for years, they’ve worked alongside each other and she’s been tested in a way that a lot of folks on the list just haven’t been.”

Here he is comforting me on 1/4/17 just after my mother passed away. There is no one kinder, more empathetic and caring than @joebiden. He will lead America with the same deep compassion and decency. pic.twitter.com/4IBscj75VN

In an interview last month with Norah O’Donnell of CBS, Biden said that he wanted to choose a VP with whom he was “simpatico.”

“It’s really important that whomever you pick as a Vice President agrees with you in terms of your philosophy of government and agrees with you on the systemic things that you want to change,” Biden said.

Rice has long been involved in politics. She worked on the presidential campaign of Michael Dukakis in 1988. She was a foreign policy adviser for the John Kerry campaign in 2004. Rice was chosen to be the United States Ambassador to the United Nations from 2009 to 2013, and National Security Adviser from 2013 to 2017.

Thanks to the ladies of @theviewabc for having me on this morning for a robust and fun discussion about Syria, impeachment and my new book #ToughLove. susanricebook.com

In an interview with Rachel Maddow on MSNBC, Rice said, “To the extent that it is reported that I am under consideration in a serious way for the Vice President slot, let me just say that I’m extremely humbled and honored to be talked about in the context of so many extraordinary women,” she said.

”All I care about is getting Joe Biden elected president of the United States so that we again have competent, compassionate, loyal, effective leadership in the White House,” Rice added.

Biden had previously stated that his VP would be a woman. Others on the shortlist include Senator Elizabeth Warren, Senator Kamala Harris, and Senator Tammy Duckworth.