LAPD officers accused of falsifying records could derail over 750 cases 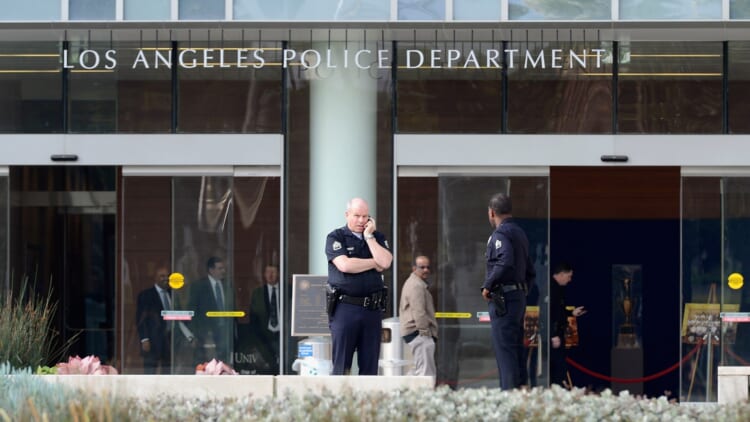 The LAPD is reviewing hundreds of cases after three officers have been charged with falsifying records, reports CBS Los Angeles.

Earlier this month, officers Michael Coblentz, 43, Braxton Shaw, 37, and Nicolas Martinez, 36, were all charged with one count of conspiracy to obstruct justice and multiple counts of filing a false police report and preparing false documentary evidence, according to CBS Los Angeles.

The officers worked in the city’s Metropolitan Division which has more officers under investigation in a sweeping scandal. Officers are alleged to have misidentified suspects as gang members without proof.

The district attorney’s office has sent out over 750 letters to defendants who identified any of the three officers as potential witnesses and who feel they may have been prejudicial to their case, the L.A. Times reports.

Los Angeles County Dist. Atty. Jackie Lacey said that any of those defendants should “should contact us for more information, so that together we can make a determination as to whether their conviction should stand.”

Lacey cautioned that the officer’s involvement doesn’t automatically mean a conviction will be overturned, only if it can be proven that the officers were instrumental to the case.

According to the Times, the cases go back all the way to 2002 and have to do with falsified field interview cards where officers are alleged to have misidentified suspects as gang members. This can lead to longer sentences.

“An officer’s most critical value, aside from their heart and their compassion for people and dedication for service, is their integrity,” LAPD chief Michael Moore told the Times. “When that’s lost, it jeopardizes everything they’ve touched.”

All of the officers have been released on their own recognizance and will be arraigned on October 13th. One of them, although the LAPD would not specify which officer, was “relieved from duty” in January for “a serious violation of department policy.”

21 other officers are under investigation for similar offenses, the LAPD confirms.

“Gang crime does happen and there are innocent people who are living in communities who want prosecutors to address gang crime,” Lacey said.

“For me, the bottom line is: Be careful with this evidence. Make sure you have enough evidence to prove that someone did something for the benefit of a gang. You shouldn’t just charge these gang enhancements without really checking it out.”