The newly confirmed police chief said that the way the officers handled the incident was acceptable and in accordance with their training, but still offers the department's apologies 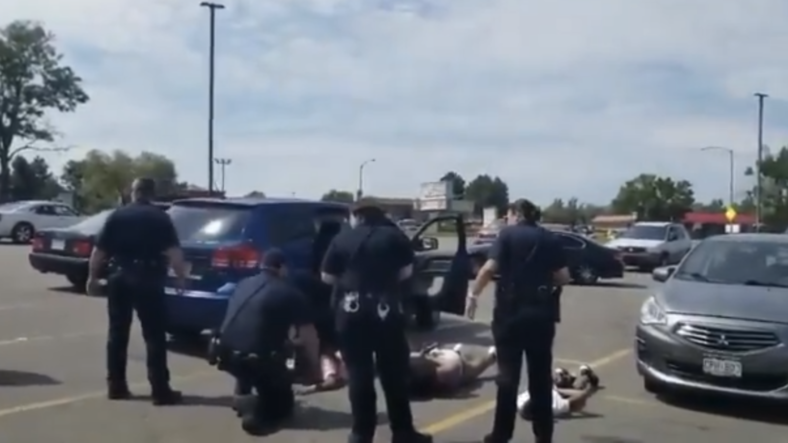 Aurora, Colorado police have four children lie on the ground with gunpoint

The video of a Black family being detained in Aurora, Colorado has gone viral.

In the footage, police are seen ordering four children at to lie facedown on the hot concrete of a parking lot.

The Gilliam family was headed out for a girls’ day planning to get their nails done when they were approached by officers ordering them to the ground. Two of the girls, ages 12 and 17, were handcuffed.

In the video, the young girls are heard sobbing and wailing.

“I want my mother,” one of them said. Brittney Gilliam had reported her car stolen in February, however, the car was found the next day.

Aurora police said that the incident was a misunderstanding. The combination of a previous stolen vehicle report, plus a stolen motorcycle with the same plate number made for what could have been a deadly mistake.

The police chief, Vanessa Wilson, who was just confirmed by the city council as the permanent chief on Monday evening, said that officers are trained to use a tactic known as a “high-risk stop” for stolen cars. That includes drawing weapons and ordering everyone out of the car.

A police spokesperson said that there is no written policy for the “high-risk stop” and that it is also used when suspects are presumed armed.

However, Wilson said that officers should use their own judgment on how to execute the procedure depending on the situation in the field.

In a statement on Twitter, Wilson said that she has apologized to the family both privately and publicly. She also offered counseling services for the children which would be paid for by the city. She said that the Aurora PD would be “examining new practices and training around high-risk stops.”

Twitter users have called for the officers to be fired.

Aurora is the same community where 23-year-old Elijah McClain was killed following an interaction with police as he was walking home.

It is also the same community where a mass shooting occurred in 2012, injuring 70 people. James Holmes, the shooter, was taken into custody without incident.