Congressional hopeful Tims is no stranger to firsts 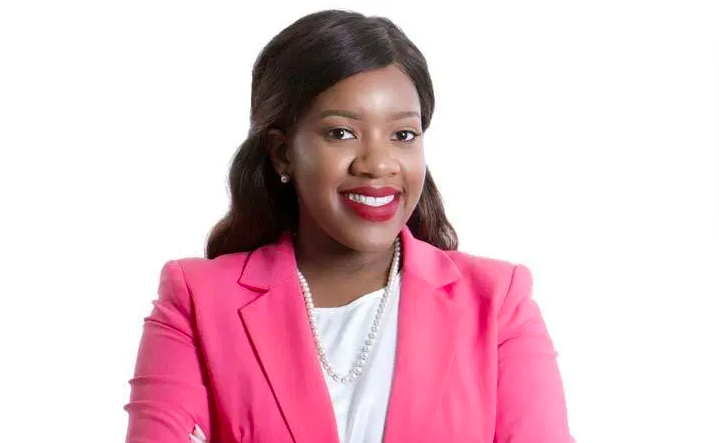 Desiree Tims is pictured in a promotional photo. (Credit: timsforcongress.com)

“I stand on so many shoulders and I would not be here at all if I did it alone.”

From dawn until dusk, as his blistered hands carried heavy loads and his sweat pelted the rust colored soil of Alabama crops, Desiree Tims’ grandfather dreamed of a better life for his family. A sharecropper turned steelworker during the Great Migration, he eventually settled in West Dayton, OH, in a once thriving Midwest manufacturing region.

Defying the odds, a man who never made it beyond the first grade labored through fire, fumes, ash and soot to buy the very home Tims now resides in.

“Work hard and things will work out,” Tims recalls her grandfather often saying, and it is a simple mantra that has not failed the Democratic nominee in Ohio’s 10th congressional district yet.

A fresh face in the southwest Ohio political scene, Tims won an impressive 70% of the vote in a majority white district during the April primary. The 32-year-old Xavier University and Georgetown Law graduate is the first in her family to graduate college and if she can beat incumbent U.S. Rep Michael Turner (R-10) she will become the first African-American and first woman to hold the seat.

For Tims representation extends beyond race and gender and encompasses the life experiences and challenges facing working class and marginalized Americans.  While interning at the White House during President Barack Obama’s first term and later working as a congressional aide to Sen. Sherrod Brown (D-OH) and Sen. Kirsten Gillibrand (D-NY), Tims says a glaring disparity stood out.

“There were a lot of people who their parents were elected officials, or donors, or frankly…came from more wealthy backgrounds,” she noted.  “When we have people in power, or at the table, or frankly in the room who cannot identify or understand the issues of Americans, Black Americans, working class Americans in the Midwest, we miss out on an opportunity to help them.”

While working on Capitol Hill, Tims explored her passion for public policy and advocacy diligently working on issues ranging from the reauthorization of the farm bill and minimum wage to affordable child care and healthcare.  These same issues are now a part of her campaign platform, which also prioritizes education, criminal justice reform, and gun safety.

Almost a year to the day of the Dayton mass shooting last August, which claimed nine lives and injured 17 others, Tims’ tone became overshadowed with sorrow as she detailed the culmination of events known as the “Summer of Hell.”

It began with the threat of a KKK rally in downtown Dayton just before Memorial Day weekend 2019. Hundreds of counter-protestors drowned out the handful of white supremacists who showed up and burdened the city with nearly $650,000 in public safety costs, according to the Dayton Daily News. Days later a merciless wave of 15 tornadoes ripped through the area severely damaging more than 1,000 homes and businesses. Then on August 4, 2019, a barrage of gunfire, unleashed for just 32 seconds in the heart of Dayton’s nightlife district, forever changed dozens of lives.

“It’s been tough, but we are a resilient community and we will continue to fight and press forward,” Tims affirmed.

She also noted Rep. Turner, who is currently serving his ninth term in the House, voted against disaster relief funding just before the catastrophic tornadoes hit. Turner has also received NRA donations in the past, but now supports bans on military style weapons and “red flag laws.”

“It’s not about me versus him it’s about change versus more of the same,” she added. “We have to be willing to fight for that change.”

Tims out fundraised Turner nearly 5 to 1 last quarter, generating $382,700 between April and June. She has also picked up additional endorsements from Sen. Kamala Harris (D-CA) and Sen. Cory Booker (D-NJ), but capturing the Black vote will be key. According to figures provided by her campaign, 73% of registered Black voters turned out to vote in her district in 2012. In 2016, that figure dropped to 60% and diminished even further to 43% in 2018.

“We have to make sure we’re talking about issues that are relevant to Black voters. We can’t just say we need your vote because it’s the thing to do,” Tims explained. “It’s we need you to vote because our lives are on the line, these are policies we need changed.”

In the midst of COVID-19 disproportionately affecting Black communities and the ongoing fight for racial justice and equality, it is not hyperbole to say lives are on the line this election cycle. With America undergoing a reckoning in many ways, change has been a long time coming. As Tims’ reflected on the legacy of the late Congressman John Lewis, she emphasized, “We are weary but we cannot afford to be tired.”