The Las Vegas Aces star is dishing on social justice, the Wubble and her favorite takeaways from late NBA great Kobe Bryant 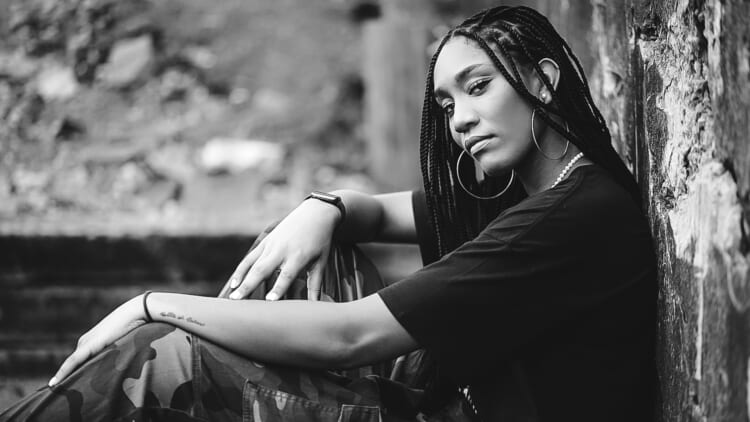 Two-time WNBA All Star and Las Vegas Aces forward A’ja Wilson has certainly made a name for herself and she is just going into her third year in the WNBA.

Wilson has continued to be a favorite amongst fans and NBA players, and is an inspiring role model to young black girls everywhere. theGrio caught up with the all-star athlete as she chatted live from the “Wubble” (WNBA bubble in Orlando).

Wilson, who was the 2018 No. 1 draft pick and Rookie of the Year, has always made it a goal to use her platform for good. The South Carolina native makes sure to speak on racial injustices, shed light on disabilities, and touch on her experience being a Black woman in America. The WNBA and the NBA have been allies in the fight for social change. Most recently, the WNBA made sure that Breonna Taylor‘s name will not be forgotten by dedicating the entire season to her, placing her last name on players’ jerseys, and supporting the BLM movement by walking off the court during the national anthem.

“The WNBA has been the forefront of all things social. And I think that’s what makes it key for our league,” the Las Vegas Aces star explained. “I think that a lot of people sleep on [us] when it comes to the WNBA because we do so much stuff other than play basketball, but we utilize basketball as a tool to use our plan to bring attention to things, especially the Black woman, because our league is predominately Black.”

According to the Institute for Diversity and Ethics in Sport, over 65% of WNBA players are Black.

“So it’s like we get both sides. We get being a Black woman in America. We also get being Black in America,” Wilson said. “I think the biggest thing that we wanted to tackle this year was, making sure these women that had been killed and murdered by these policemen, their justice is served to their families. And using our platforms to bring awareness to anything, everything, whether it’s pride, whether it’s BLM or anything. So I think that’s why I’m so happy to be a part of a league like this, because they tap into so much other [things] than putting the ball in the hoop.”

The former Rookie of the Year, recently pinned an open letter to young African American girls, “Dear Black Girls” via The Player Tribune, detailing her experience being a double minority.

“I decided to write Dear Black Girls, because, you know, we have that double minority. It’s like, ‘OK, I’m Black,’ and I’m like, ‘OK, now I’m a female, I’m Black,'” she said. “So I’m just like, we’re in this world where people really don’t understand. We’re taught to be strong, independent, always handling things our way. But if you do too much, you’re the angry Black woman. ‘Calm down.’

She continued, “And it’s just like we always have to fight that. I just got so tired of that. I’m like, ‘I can’t be alone in this situation.’ So that’s why I decided to share that story, because I wanted to let people know. Trust me, I go through it as well.”

She mentioned that when she joined the WNBA she made it a mission to be a role model for young girls because of the ongoing lack of coverage of the WNBA.

“My biggest thing was when I became a professional athlete, I would think back and think about times where I kind of saw the WNBA on TV growing up. But like, it’s not a vivid memory,” she explained. “Where its not like, ‘Wow, I want to be like her.’ I’ve just heard about her. I saw it in college and things like that, so once I got to the professional level, I wanted to be that girl that those young Black girls could look on TV and be like, ‘Wow, like I want to be like her. She’s doing this. She’s having fun with it, loving her job.'”

Wilson continues to be a role for so many young girls, proving to everyone that with hard work you can reach all of your dreams. She uses her platform through her foundation, The A’ja Wilson Foundation, to shed light on other issues, such as dyslexia and putting a stop to bullying.

Wilson chose to be open about her battle with dyslexia early on in her career to show other people battling with the disorder that they are not alone.

One of Wilson’s biggest fans was the late Gianna Bryant, daughter of Kobe Bryant, who spoke highly of Wilson and her style of play. The WNBA star opened up about being around Kobe and Gianna during the 2019 All Star Game and when he brought his AAU team to a Las Vegas Aces Game.

“The moments that I have with them were just, like, so surreal because I’m like, ‘Wow, this is a big time moment,” she shared.

Kobe was a major advocate and ally of the WNBA, encouraging others to support the league. He was often seen with his daughter sitting courtside cheering on some of her favorite players.

The passing of Kobe Bryant definitely ignited a fuel in Wilson, pushing her to continue leading and being a leader for the next generation

“He thought as a professional person all the time, and that’s the biggest thing that I took away from that—I’ve got to be a professional at all times,” the basketball star explained. “That’s so true. When you see those young girls look up to us and like we gave the three young girls the jerseys, they got drafted in WNBA. Like, those moments are so key. So I think when I took away from that is, you know, I got to be professional because there are people—there’s a younger generation that’s looking up to me and I want to lead them in the right way.”

Fans can catch Wilson on the court playing for the Las Vegas Aces or stream her podcast, Tea with A and Phee, with fellow WNBA star Naphessa Collier. The podcast provides fans with the opportunity to hear life in the bubble, pop culture, in-depth interviews, and just good ole girl talk. The second episode, featuring NBA player Kevin Durant, is out now.

To follow and support Wilson, fans can follow her on social media @aja22wilson, as well as find out more about her foundation: https://www.ajawilsonfoundation.org/