From ‘WAP’ to Kamala: Black women and the politics of sex

OPINION: Critiques of Sen. Harris, Cardi B and Megan Thee Stallion speak to toxic respectability that makes us uncomfortable with the sexuality of Black women. 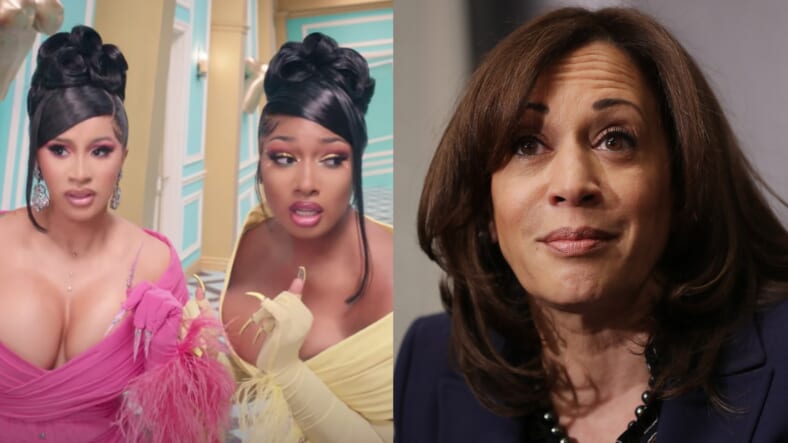 Last week, rappers Cardi B and Megan Thee Stallion released their cameo-studded music video for the single WAP. Since the video premiered, it has been viewed over 70 million times on YouTube and think-pieced to death.

Everyone from multi-hyphenate Cee Lo Green to conservative commentator Ben Shapiro has weighed in on the racy track. While folks have been busy taking sides in this perennial debate, Senator Kamala Harris has been named the Democratic candidate for vice president of the United States. And just the day before, her ex-beau former San Francisco Mayor Willie Brown wrote yet another op-ed about her.

Under the guise of caring about her future political prospects, Brown tried to undercut the ambitions of this Black woman. In much the same way, men have been wringing their hands about the health of the Black community because two Black women made a song about sex.

This is not because Willie Brown or any of the other finger waggers care about Black women, but because they see Black women’s sexuality as more of a threat. That Cardi B is a wife and mother and Megan Thee Stallion is a college student is not evidence that this type of parochial thinking is wrong, but more evidence they should not have made this song in the first place.

From popular culture to politics, Black women are constantly chided for expressing sexuality outside the confines of sanctioned relations. And if there’s no man around there’s a chorus of men willing and waiting to put a woman back in her place while using the specter of the corruption of Black girls as a cudgel.

This type of thinking ascribes too much credit to these women and the art they create and not enough agency to the audience — especially since that audience is largely comprised of women-identified people. Men have long discussed their sexual conquests in public, the idea that the very same women they want to have sex with may want sex also, enjoy sex, or even demand sex in public is the bridge too far.

For all the hand-holding and back rubbing about “the little girls,” who will be forever damaged by this single and music video, there seems to be little concern for the real threats these same girls experience every day. After all, people seem more upset by the explicitness of the sex talk on this record than the covert crimes that harm and damage these same young girls in real life.

Remember, it took marriage to an underage girl, a video of the rape of a minor, numerous musical collaborators, 20 years, and countless women to finally get people to see R. Kelly as a threat and not a joke. So, while Kelly was “coding” his sexually explicit lyrics — sometimes — that didn’t stop him from abusing girls and women in real life.

This brings me back to Senator Harris and Willie Brown. Brown’s first op-ed about Senator Harris in January 2020, discussed their decades-old relationship that no one neither cared about nor asked about. In that article, he frames himself as some sort of political Svengali that “made” Senator Harris the politician she is today.

What he doesn’t say, however, is somehow more damaging than what he does. His op-ed and its timing was a cunning reminder that Harris was a single woman at one point in her life who had sex. That he mentions the appointments he gave her was an indirect way of calling her an opportunist.  From where I sit, this was another way of saying she is not only ambitious, but she quite literally slept her way to the top.

The idea that Senator Harris broke the glass ceiling heels first, is one of the most pernicious characterizations that haunts the careers of Black women whether they are politicians or pop stars. That Senator Harris, even in her historic political career, has been subjected to the same critiques as Cardi B and Megan Thee Stallion lets us know this has nothing to do with music or politics and everything to do with toxic respectability that makes us uncomfortable with the unfettered sexuality of Black women.

In America, people love sex, they love to talk about it and watch it privately, but speaking about it publicly is still too much for some. Except if it’s Jodeci, or Uncle Luke, or Chris Brown, or any other man for that matter. Perhaps normalizing public conversations about sex would make singles like WAP and the past relationships of women like Senator Harris less risqué.

Then again, WAP is not charting new territory, just following the musical atlas of terrain already mapped many decades ago. Senator Harris, however, is on the cusp of building a political legacy only surpassed by President Barack Obama. The ways in which we talk about Black women’s bodies and sexualities matters at this moment. If we cannot deal with WAP and the challenges it presents to norms of how Black women are supposed to act, then we will have a much more difficult time talking about an ambitious Black woman who was single until she was 49 years old.

There will always be a Willie Brown waiting to knock Black women down a peg or two who deigns to define herself for herself.  We have to resist the urge to moralize about what people choose for themselves publicly or privately.

We do not have to like them or even understand them, but we cannot allow narratives of the Black community’s destruction to be placed at the feet of Black women who have been some of the staunchest protectors of this democracy and builders of our communities.

If you care about Black girls and women think about how you can lighten her load today and that just might mean saying less or nothing at all. 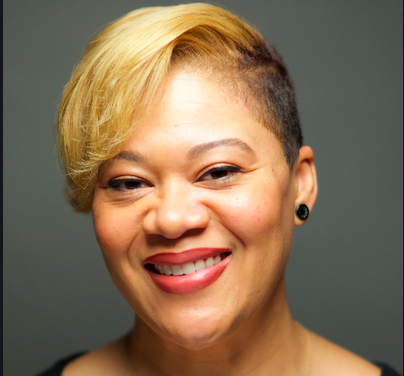 Niambi M. Carter is an Associate Professor of Political Science at Howard University.  She is the author of American While Black: African Americans, Immigration and the Limits of Citizenship.