Police were responding to a shots fired complaint, which is not the same as an active shooting. 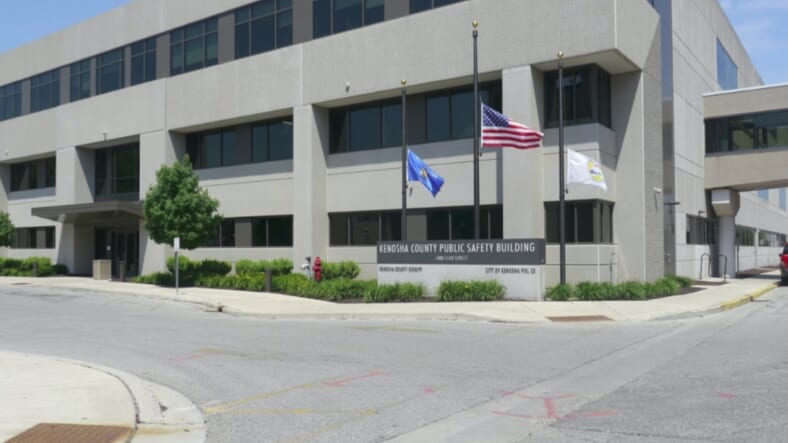 Armed white teenager, Kyle Rittenhouse, was seen on video walking away from a line of officers during a protest in Kenosha, Wisconsin.

As theGrio previously reported, Rittenhouse was eventually charged with first-degree murder for the deaths of two men during a protest over Jacob Blake. Blake was an unarmed Black man who was shot in the back by police.

Kenosha Police Chief Daniel Miskinis says his officers did nothing wrong by failing to stop Rittenhouse after the deadly shooting.

Rittenhouse managed to escape the Kenosha Police Department despite witnesses directing officers to the alleged killer and Rittenhouse himself surrendering by walking towards the officers with his hands up.

“Clearly, they’re not seeing him as a suspect or a threat of any kind,” the chief police officer said.

The officers did not stop to question Rittenhouse, enabling the teen to walk away from the scene and return back home to Antioch, Illinois.

Miskinis said that police were responding to a shots fired complaint, which is not the same as an active shooting. Miskinis also said confusion could have stemmed from the fact that there were others carrying weapons, The Chicago Sun-Times reported.

“So what the officers were walking into, or driving into in this case, was a shots-fired complaint, not a shooting, not a person-down complaint. We have had many of those over the course of this unfortunate event.”

“We have armed individuals out protesting or counter-protesting or simply walking around exercising their right, who will put their hands up,” Miskinis said.

“It might have been abnormal two weeks ago. It’s no longer abnormal. So there was nothing to suggest this individual was involved in any criminal behavior.”