House Speaker Nancy Pelosi and Adam Schiff, a Democrat from California, are sounding the alarm about election security this fall 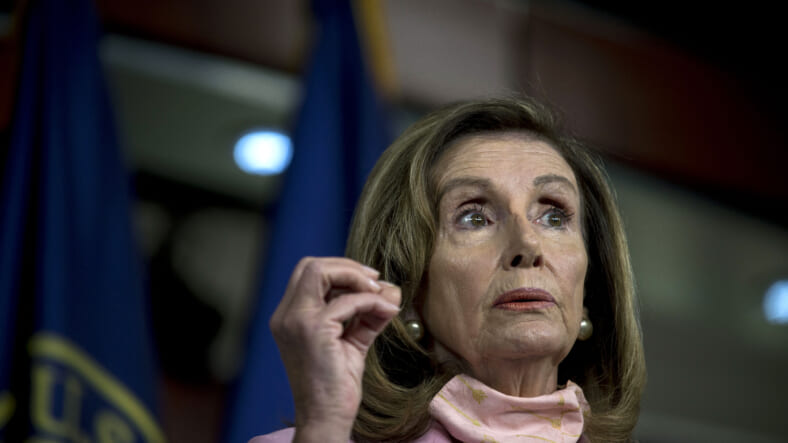 U.S. Speaker of the House Nancy Pelosi (D-CA) speaks to reporters at her weekly press conference at the Capitol on August 22, 2020 in Washington, DC. (Photo by Gabriella Demczuk/Getty Images)

Leading Democratic congressional members are outraged after the top federal intelligence office announced it would end in-person briefings for Congress on election security.

The Office of the Director of National Intelligence sent a series of letters to the House and Senate Intelligence committees explaining that it would provide “finished intelligence products” in writing, in lieu of the briefings, according to The Hill. The election security move was criticized by House Speaker Nancy Pelosi and Adam Schiff, the Democrat who heads the House Intelligence Committee.

Read More: US officials: Russia denigrating Biden ahead of election

In a strongly-worded joint statement posted to Twitter, Pelosi and Schiff slammed the move, calling the decision “a shocking abdication of its lawful responsibility to keep the Congress currently informed, and a betrayal of the public’s right to know how foreign powers are trying to subvert our democracy.”

“This intelligence belongs to the American people, not the agencies which are its custodian,” the statement read. “And the American people have both the right and the need to know that another nation, Russia, is trying to help decide who their president should be.”

The statement concluded: “We expect the Administration and Intelligence Community to keep us fully and accurately informed, and resume the briefings. If they are unwilling to, we will consider the full range of tools available to the House to compel compliance.”

The move comes as questions about foreign interference in the forthcoming U.S. election are top of mind. U.S. counterintelligence officials have warned that Russia, which helped manufacture the spread of misinformation online during the 2016 election, and other nations are actively trying to sway opinions and undermine confidence in the November contest between President Donald Trump and former Vice President Joe Biden.