My husband died of colon cancer. He and Chadwick Boseman aren’t alone.

Alanna Jackson says her husband, Willie, like Boseman, privately waged a war against the disease after being diagnosed under 40. 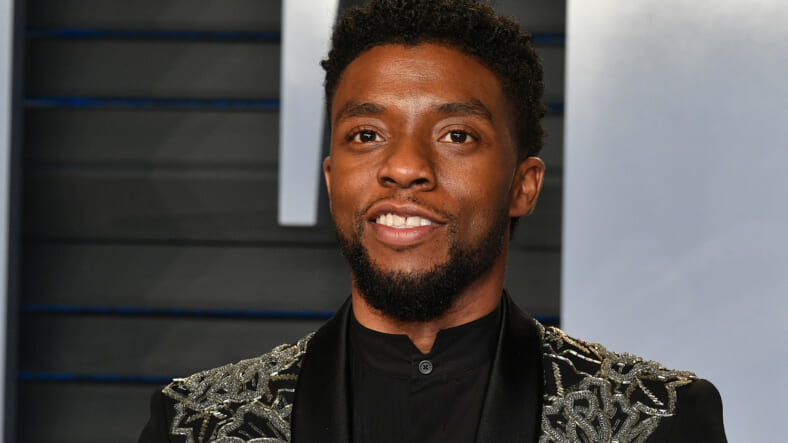 Chadwick Boseman’s passing from colorectal cancer (CRC) was shocking to many, but a video he posted in April 2020 promoting an initiative to help hospitals serving predominantly Black communities was the only tip-off I needed to know he was in a war for his life.

I watched my husband, Willie, wage this same war and succumb to the disease in 2015. After a two-year battle, he died 23 days after his 40th birthday. The passing of Chadwick Boseman from this same disease at a similarly early age felt more personal than any other celebrity loss.

Read More: Chadwick Boseman got emotional about young fans who died of cancer in 2018 interview

My husband was a real-life hero to my children and me, as Boseman was a hero to us all. The prolific actor brought one of our favorite heroes to the big screen, along with an immeasurable level of Black pride, Black beauty, and Black excellence. It was devastating, to say the least, to lose two heroes in different battles of the same war.

But we don’t have to keep losing like this. We can honor Boseman’s legacy by promoting to excellence in health care:

Like Boseman, my husband, Willie, waged this war in private. Very few friends and family were aware he was sick. Like Boseman, Willie worked through the pain, the treatments, and the surgeries all the way up to his passing.

I am not sure of the specifics of how Boseman came to be diagnosed. We found out after a severe stomachache sent my husband to the emergency room, with what we thought was appendicitis or bad sushi after celebrating my son’s 17th birthday. What we discovered was that he had Stage 3 CRC, with a prognosis of 18-24 months to live.

Colorectal cancer is the third most common cancer and the second most common cause of cancer-related deaths, according to the National Cancer Institute, Centers for Disease Control, and the North American Association of Cancer Registries.

Colorectal cancer has been perceived as a disease of old age for quite some time. The doctors could not believe it was colorectal cancer they removed from my husband in emergency surgery, along with a portion of his colon.  Tissue was sent for genetic testing at the University of Michigan to confirm that it was cancer and look for genetic indicators that may reveal some inherited trait. The tumor did not show any genetic markers to explain how my 38-year-old husband had Stage 3 CRC.

However, according to Cancer.org, the rates of CRC diagnosis in younger adults have been on the rise since the mid-1980s. It is anticipated that 2020 will end with 12% of cases being diagnosed in people under 50, approximately 18,000 people. As a result of these trends, the screening recommendations set forth by the American Cancer Society changed in 2018 from 50 years old to 45 years old.

You often hear about the fear and stigma of colonoscopies impacting detection rates in men. However, this new guideline would not have helped Willie or Chadwick Boseman, both African American men diagnosed before 40.

There was no genetic precursor that would have triggered my husband to get screened early. There was no sign of illness before that emergency room visit. This is often the case for many younger adults, resulting in late-stage diagnoses of Stage 3 or greater, decreasing the probability of survival.

We don’t have to live this way. We don’t necessarily have to die this way, either.

Alanna Jackson is a Ph.D. Candidate in the Political Science Department at Wayne State University and mother of two college students, Willie II (21) and Makenzie (19). She is an expert at surviving grief with the loss of many of her loved ones, culminating with her high school sweetheart to CRC in 2015.  She helps friends and family after loss by sharing lessons learned and strategies to thrive after loss.