‘The Fresh Prince’ cast to reunite on HBO Max 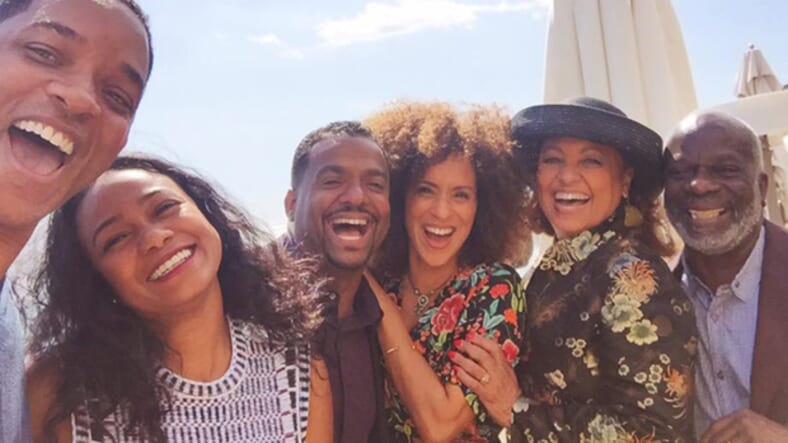 One of the most beloved casts in TV history is getting back together – but just for one night on HBO Max. The cast of The Fresh Prince of Bel-Air—Will Smith, Daphne Maxwell Reid, DJ Jazzy Jeff, Joseph Marcelli, Karyn Parsons, Alfonso Ribiero, and Tatyana Ali –will all be on the show, reports Variety.

The reunion will be taped on Sept. 10 and is expected to air by Thanksgiving, the outlet says. It will celebrate the classic TV show’s 30th anniversary.

The Fresh Prince of Bel-Air, which ran for six seasons on NBC from 1990-1996, is one of the most popular TV shows in history. It became an integral part of the 90s pop culture, made Smith a superstar, and inspired filmmaker Morgan Cooper into doing a trailer for a proposed reboot.

As theGrio reported, it was announced earlier this year that the reboot, a darker, more dramatic take on the original, would happen. Smith and the show’s original creators, Andy and Susan Borowitz, along with its original producers, Quincy Jones, and Benny Medina will be on board.

No details of the reunion show have yet been provided, but its likely there will be some kind of tribute to the late actor James Avery, who played Uncle Phil on the show. The cast gathered earlier this year via Smith’s Snapchat to share their memories of Avery who died at the age of 68 in 2013.

Below, Smith tells the hilarious story of how he actually became the star of The Fresh Prince of Bel-Air.