Usher and girlfriend Jenn Goicoechea are reportedly expecting a baby 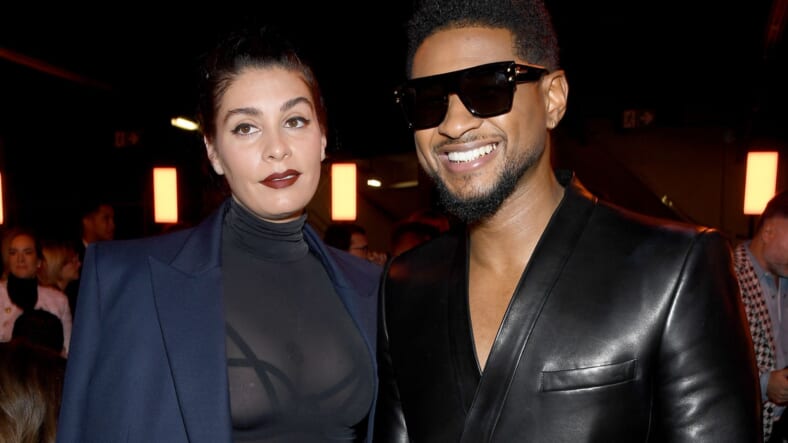 Usher and his girlfriend Jenn Goicoechea are expecting a baby, according to a report from People. The 41-year-old R&B star and Goicoechea have been dating for a few years and were recently seen walking in Los Angeles, where it appeared that she had a visible baby bump.

This will be the third child for Usher, who shares 11-year-old Navied Ely and Usher V, 12 with his ex-wife Tameka Raymond. Usher’s second marriage to Grace Miguel ended in divorce in 2018 as well.

Since then, the low-key couple have been seen out at the Vanity Fair Oscar party earlier this year and were photographed at the Hollywood Bowl. But Usher has yet to speak publicly on his relationship.

“Usher’s very excited to be a dad again. They’re both thrilled to be expecting,” a source close to the couple told People.

Goicoechea is the Atlanta-based director of the Rhythm and Soul department at ASCAP, the performing rights organization that ensures artists are paid the royalties they earn.

Usher appears to be happier in his new relationship after his first marriage with Raymond ended in accusations of infidelity and the couple then got into an ugly custody battle.

Usher ultimately won primary custody of his sons, saying he prioritized his children despite any allegations to the contrary.

“I’m not an absentee father at all. I was born to do what I’m doing as a dad. I realized that once I had a child. When I had them, that was when they became a priority,” he told Oprah in an interview some years back as reported by E! News.

Read More: Brandy, Monica take over 30 out of 40 spots on Apple Music chart after Verzuz battle

In 2017, it was alleged that Usher was fighting a lawsuit from a woman who said the “Confessions” singer had infected her with the herpes virus. Other accusers came forward but in 2019, TMZ reported that Usher and the original accuser, Laura Helm, had come to an “amicable settlement.”

Though Usher has yet to announce any new music, earlier this year he released the video for ‘Don’t Waste My Time” with “Boo’ed Up” singer Ella Mai that included cameos by Sean and Christian Combs, Jermaine Dupri, Jamie Kennedy, Evan Ross and Snoop.

In April, Usher performed with FKA Twigs on the CBS special Let’s Go Crazy: The Grammy Salute To Prince. He talked about preparing for it and showed some of the behind the scenes rehearsal footage earlier this year.