Joshua Rashaad McFadden reflects on career, using photography as a tool for justice: ‘The work has to be done’ 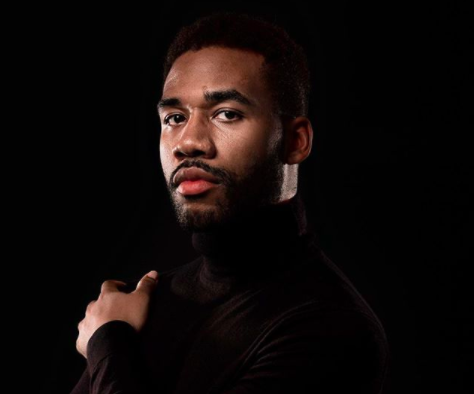 Joshua Rashaad McFadden has been on the frontlines since the 2015 protests in Selma, Alabama but not in the traditional sense. With his photographic lens and empathetic artwork capturing the stories of Black America and hardships with racial injustice and police brutality, McFadden has covered countless demonstrations and covered the funerals of George Floyd and Rayshard Brooks for CNN and The New York Times. The current assistant professor of photography at Rochester Institute of Technology captures first-person perspective of the frontlines in Minneapolis, Atlanta and Louisville on his Instagram, along with providing first person accounts from his photographic subjects.

I first became interested in photography at the age of 7 when my mother bought me a camera. I’ve always been an artist due to my mother’s influence; she introduced me to all of the arts. I later found out that photography has run in my family for years. I studied fine art at Elizabeth City State University, an HBCU in North Carolina. I took my first black and white photography class and learned to develop film in a dark room. I decided to attend grad school for photography at Savannah College of Art and Design in Atlanta, and since then, I’ve traveled the world doing what I love.

What inspired you to merge your medium of art through photography with social justice?

Social justice has been part of my life, and an area I’ve professionally worked within, for quite some time now. I was in undergrad at the time I was heavily involved in voter registration and the NAACP, all while creating an organization that taught in schools and the community. In 2012, my college senior year, was also the year a racist vigilante killed Trayvon Martin. It was the first time my generation had seen and participated in the widespread protest, and the Black Lives Matter movement was sparked. My professor in undergraduate school also pushed students to create work about a worthy cause, so merging my photography with social justice issues almost became second nature.

Tell me about “After Selma,” the inspiration behind it, and the feeling of receiving the International Photography Award for your work?

In 2012, I moved to Atlanta to intern at the King Center for Nonviolent Social Change, where I learned so much more about the civil rights movement of the ’60s, and worked directly with people from the moment, like Bernice King. In 2015, I decided to do a project focused on conceptually recalling the civil rights movement. I traveled to Selma, Alabama to photograph the 50th commemoration of the march from Selma to Montgomery. That same year, unrest spurred due to the police killing of Mike Brown in Ferguson, Missouri. I titled the project “After Selma.” Winning the International Photography Award for this work made me feel like someone was listening to the stories that needed to be shared like the world was watching. Ultimately, for me, it was confirmation that I was on the right track.

How do you believe you’ve grown as a photographer since your photographic response in 2015?

Honestly, I’ve learned that I can do work about social justice and still have a career. Many artists are afraid to speak out against injustice because they are afraid of being locked out of their respective industries, and it actually may be accurate. However, the work has to be done anyway. I’ve been told that I shouldn’t talk about these topics because they don’t matter, and have been questioned as to why my work mainly speaks about social justice or issues that Black Americans face. Despite the criticisms, people have embraced and celebrated the work, especially in other countries. That’s what lets me know that this must be done, because the world is watching.

After my project “After Selma,” I began to think about how I can dive into the nuances of the issues we face every day, problems specifically as a Black man in America. Soon following was “Come to Selfhood,” a project that embraces the complicated relationship between paternal identity, social norms, and self, as it relates to Black masculinity. The concept of identity was further explored — with the LGBTQ community at the forefront — in my next and current project, “EVIDENCE”. While each of these works exposes a socially-sensitive topic, it is a necessary initiative in the process of healing as a nation.

How do you manage your mental health while being on the frontlines as a photographer during the movement, funerals, and protests?

It has certainly been tough, but I always take time to center myself and meditate. I talk things out with loved ones, and they let me know that I’m not alone in what I’m feeling. There is undoubtedly a heightened level of trauma that one will see as a photographer on the front lines of a protest. Being a Black photographer certainly elevates the traumatic experience. I think about therapy and the privilege of being able to go. Not many people have the opportunity to get that type of professional help, and yet people across socioeconomic levels need it. This type of exposure is emotionally exhausting, but I know that these stories must be told.

As I recall, I took a break from photographic protests in the summer of 2016. I was in New York City the week leading up to my birthday on July 10, 2016. That same week, within a day of each other, two Black men were shot and killed by U.S. police officers – Philando Castile and Alton Sterling were their names. I photographed protests in the streets of New York City, but this time was different — a new sense of hopelessness and despair struck me. I stopped photographic protests for a while after that. I didn’t make any new photographs until spring 2017. When I learned what happened to George Floyd in 2020, I decided to document protests again.

How have you seen photography play a role in protests and rallying during the Black Lives Matter movement?

The photograph is and has always been essential to any social justice movement. Photography is a tool for liberation but historically has been used against Blacks, to degrade us and spread false information. Frederick Douglass used the photograph to his advantage. As the most photographed man of his time, he used the self-portrait to begin to craft his narrative and self-image from which future generations can build. Martin Luther King knew that the photograph was integral to the movement because that was the only way the world would discover the atrocities of the Black American experience. If we think about it, white Americans have used the photograph of the enactment of Black American lynchings, and still do. We must take this tool of photography and use it to fight for justice and depict our desired image, narrative, and envisioned futures.

Through the lens of a photographer, how do you believe you’ve witnessed the movement evolve since your involvement in Selma?

We see a massive shift, a moment of reckoning for this country. We see it with the national and international protest for George Floyd during a pandemic that is disproportionately killing Black Americans. This movement has been televised and tweeted with an increase in acknowledgment of Black Lives Matter. We have seen many improvements, but also endless contradictions. It’s time for a change, a more sustainable change that operates out of a core set of standards from which all can live by and benefit from without the constant threat to the life and liberties this nation cherishes.

How are you using your platform to uplift the messages and stories of Black voices during this time?

Most, if not all, of the stories on my platform, amplify Black voices because I feel it is my responsibility to use what I have to better my community, especially when few have been willing to be a voice for us. What I do is not merely a reaction to the times we are in; I live this daily as a Black man searching for a just livelihood in the United States. As my platform grows, I will continue to tell these stories because they are my stories; I will continue to uplift people and bring them along with me. I am so thankful for the support I’ve gotten thus far, and I have a long way to go.