Viral photos show the 37-year-old standing on the side of a road holding a sign, and the disturbing image has drawn a reaction from the league. 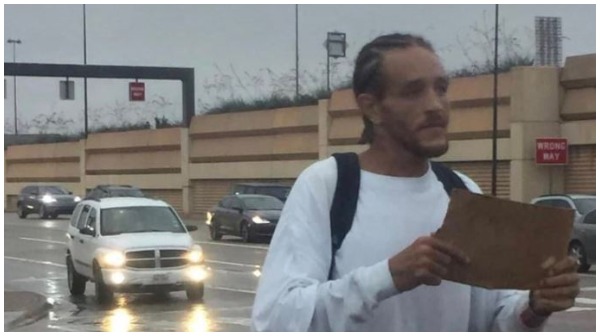 Viral photos show the 37-year-old standing on the side of a road holding a sign, and the disturbing image has drawn a reaction from the NBA world.

West’s former coach Doc Rivers and the Players Association have reportedly been trying to him help …ever since he was filmed shirtless on a city curb, shouting expletives with a bloodied and bruised face back in January. At the time, his former college coach took action, enlisting his “basketball network” to come to West’s aid. The NBA also reportedly offered its resources, theGRIO reported.

Multiple insiders tell TMZ that the league, NBPA, Rivers, and West’s former St. Joe’s college teammate, Jameer Nelson, have attempted to get him the much needed assistance that he needs.

Phil Martelli, who coached West and Nelson at Saint Joseph’s before West headed to the NBA, previously took to Twitter to post a compassionate note about watching the former athlete’s downward spiral.

West played eight seasons in the NBA, including several seasons with LeBron James and the Cleveland Cavaliers.

“Over the past several hours I have talked with many who are willing to help – please read and embrace Jameer’s wisdom – we are reaching out to our basketball network to get the professional help Delonte needs. This is so very painful,” Martelli tweeted.

The NBA has offered to support West and his family, according to TMZ.

“Delonte West is not crazy, he is not on drugs. I don’t know what exactly is going on in his mind but I can tell you that he is safe and he’s doing OK,” Dmitri said at that time. “My family are trying to get him the best professional help that’s out there, the best that they can afford.”